In the past, the Supreme Court has examined what would transpire in the event an arbitration agreement was not duly stamped. The Supreme Court, in the case of M/S Sms Tea Estates P.Ltd v. M/S Chandmari Tea Co. P.Ltd1 (“SMS Tea Estate Decision”), when examining an application under Section 11 of the Arbitration and Conciliation Act, 1996 (“Act”) held that, a court before admitting any contract into evidence or acting upon the contract, needs to examine whether the contract has been duly stamped. If the contract is found to be not duly stamped, as a result of Section 35 of the Indian Stamp Act, 1899 (hereinafter referred to as the “Stamp Act”), the court cannot act upon the contract that has been submitted by a Party as evidence. It was held that the court can only treat the contract as duly stamped only when the deficit stamp duty and penalty is paid, either before the court or before the Collector as per the procedure laid down under Section 35 or 40 of the Stamp Act, and the defect with reference to deficit stamp is cured. As a result of the SMS Tea Estate Decision, the arbitration clause could not be acted upon, as the contract in its entirety must be examined for the purpose of stamp duty.

Admittedly, this position of law was developed keeping in mind the provisions of the Act prior to the amendments made to the Act. On October 23, 2015, based on the 246th Law Commission Report, the Arbitration and Conciliation (Amendment) Act, 2015 (“Amendment Act”) came into force. The Amendment Act brought about numerous changes, amongst them was the insertion of Section 11(6A). With the insertion of Section 11 (6A), the powers to determine of a court while hearing a Section 11 application were restrained and were to be confined to the existence of an arbitration agreement. The Supreme Court in M/s Duro Felguera v. Gangavaram Port Ltd2 after a reading of Section 11 (6A), made it clear that the intention of the legislature was to minimize the Court’s intervention when appointing the arbitrator and hence as a result of Section 11 (6A), it was decided that the Courts should only look into one aspect which is the existence of an arbitration agreement.

After the enactment of the Amendment Act, the Supreme Court in the case of Garware Wall Ropes Ltd. v. Coastal Marine Constructions & Engineering Ltd3 (“Garware Decision”) examined the question whether an arbitration clause in a document which requires compulsorily to be stamped under the relevant Stamp Act, but is not duly stamped, would be enforceable after the insertion of clause (6A) in Section 11. The Supreme Court held that a court when entertaining a Section 11 application finds the contract to be unstamped, they are bound by the provisions of the Stamp Act to first impound the contract to see that stamp duty and penalty (if any) is paid, before the contract, as a whole, can be acted upon. The Supreme Court concluded that it would not be possible to separate the arbitration clause contained in such a contract when adjudicating an application under Section 11 of the Act because, to determine if an arbitration agreement exists, the same would depend on whether the contract “exists”, and a contract cannot exist as a matter of law until the contract has been duly stamped. The Garware decision was subsequently affirmed in another decision by the Supreme Court in Vidya Drolia & Ors. v. Durga Trading Corporation4.

Revisiting the Doctrine of Separability

Section 16 of the Act is based on Article 16 of the Model Law, under which the doctrine of kompetenz – kompetenz has been captured. The Supreme Court has held that under Section 16 of the Act, an arbitral tribunal may “rule on its own jurisdiction, “including any objections” with respect to the existence or validity of the arbitration agreement. Once the existence of the arbitration agreement is not disputed, all issues, including jurisdictional objections are to be decided by the arbitrator.”7

This doctrine of separability of an arbitration agreement has in fact been well summarized by the Apex Court in the SMS Tea Estate Decision wherein it was observed that, “When a contract contains an arbitration agreement, it is a collateral term relating to the resolution of disputes, unrelated to the performance of the contract. It is as if two contracts — one in regard to the substantive terms of the main contract and the other relating to resolution of disputes — had been rolled into one, for purposes of convenience.”8

Despite there being Supreme Court decisions that have examined the issue of unstamped arbitration agreements, the existing decisions create an exception to the doctrine of separability. The Supreme Court earlier this year M/s. N.N. Global Mercantile Pvt. Ltd. v M/s. Indo Unique Flame Ltd. & Ors9 (“Global Mercantile Decision”) held that the findings in the Garware Decision were erroneous and did not lay down the correct position in law.

Further, in the Global Mercantile Decision, the Supreme Court was also examining the provisions of the Maharashtra Stamp Act, 1958 (“Maharashtra Stamp Act”). Under Section 34 of the Maharashtra Stamp Act, an unstamped instrument would not be admissible in evidence or be acted upon till the requisite stamp duty is paid. The Supreme Court observed that the non-payment or deficiency of stamp duty on the instrument would not invalidate the main contract and such non-payment or deficiency of stamp duty would amount to a deficiency which could only be cured on the payment of the requisite stamp duty. As a result, there would be no legal impediment to the enforceability of the arbitration agreement pending payment of stamp duty on the substantive contract. However, the Supreme Court did add that the adjudication of the rights and obligations under the substantive commercial contract would not proceed before complying with the mandatory provisions of the Stamp Act.

By relying upon the doctrine of separability the Supreme Court held that, once the arbitration agreement is found to have an independent existence, it can be acted upon, irrespective of the alleged invalidity of the commercial contract. Due to the difference in law being created as a result of the Global Mercantile Decision, the Supreme Court has now referred the issue to a Constitution Bench of five judges to settle the issue once and for all. 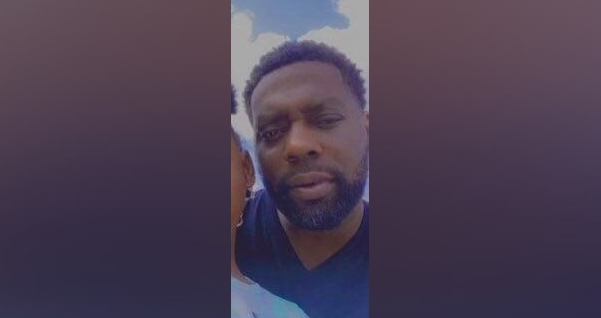