Few industries promise rapid growth equal to that of the cannabis industry, with one study projecting the industry could reach $30 billion in annual sales by 2025. This growth continues to accelerate as more states legalize cannabis for medical or adult use. But until federal cannabis laws are reformed, the illegality of cannabis at the federal level could render all contracts associated with cannabis – whether they govern insurance, banking, consulting, leasing, etc. – unenforceable.

It is a basic tenet of contract law that a contract that requires a party to perform an illegal activity is unenforceable. After experiencing buyer’s remorse, some cannabis companies and their vendors have used this “illegality” defense as a sword to avoid the enforcement of cannabis-related contracts. Whether cannabis’s federal illegality renders a particular cannabis contract unenforceable turns on several factors: state law differences in the illegality defense, the language of the specific state statute providing for legalization, or whether the conduct was illegal at the time of contract formation even if that conduct has since been legalized under state law. Although the answer may not always be clear cut, anticipating these issues on the front end can prevent serious heartburn down the road.

This article analyzes how several courts have addressed the illegality defense as applied to cannabis contracts and provides key considerations for cannabis industry participants to help ensure their contracts are enforceable.

We have previously discussed how the illegality of cannabis on the federal level resulted in denial of commercial insurance coverage to the tune of $500,000 even though medicinal cannabis was legal in the state where the conduct occurred (Michigan). To recap, the Sixth Circuit held that an insurance company properly denied coverage because the insured sought to recover for property damage caused by a cannabis tenant and the insurance policy specifically excluded “loss or damage caused by [any] [d]ishonest or criminal act” of the insured or its agents.

Similarly, in Tracy v. USAA Cas. Ins. Co., an insurance company denied a homeowner’s claim for stolen marijuana plants, even though Hawaii law allowed individuals to grow marijuana for medical purposes. The federal district court in Hawaii held the insurance company did not breach the insurance contract by denying the homeowner’s claim. While the loss of the plants was a “covered loss” under the policy, the court explained that the policy provision was unenforceable because “requir[ing] the [insurer] to pay insurance proceeds for the replacement of medical marijuana plants would be contrary to federal law and public policy.”

In Bart St. III v. ACC Enterprises, LLC, Bart Street III loaned $4.7 million to ACC Enterprises to fund its cannabis business. ACC Enterprises defaulted on the loan, and Bart Street III filed suit for unjust enrichment and breach of contract. Although the contract specifically stated that it was governed by Nevada law, under which cannabis is legal, the court held that portions of the loan agreement were unenforceable because cannabis was illegal under federal law. While the court did not decide whether the illegal sections of the contract made the entire contract illegal, it did hold that Bart Street III could not recover for unjust enrichment because the contract involved “moral turpitude.” In a grim warning to cannabis lenders and investors, the court held that any lender or investor who seeks to profit from the “cultivation, possession, and sale of marijuana” is part of a “conspiracy to cultivate marijuana.”

J. Lilly, LLC v. Clearspan Fabric Structures involved a contractual dispute between Clearspan, a lessor of commercial greenhouse equipment, and J. Lilly, a licensed cannabis company in Oregon. After Clearspan failed to correct numerous defects that J. Lilly claimed hindered its ability to cultivate cannabis, J. Lilly filed suit and sought $5.4 million in lost profits. Although neither party asserted an illegality defense to enforcement of the contract, the court raised the argument on its own and ultimately held that it could not award damages to J. Lilly because doing so would be akin to ordering Clearspan to violate federal law.

These cases should serve as a cautionary tale to cannabis industry participants who, like all sophisticated businesses, enter into a contract in reliance on the contract’s enforceability should a dispute arise. Fortunately, there are steps contracting parties can take to reduce the risk that the non-performing party under a cannabis contract can successfully assert the illegality defense to avoid its contractual obligations:

Although the prospects of federal cannabis reform have increased, with Vice President Kamala Harris outright promising that the Biden-Harris administration “will decriminalize marijuana,” meaningful reform could take some time. Until then, cannabis companies and the vendors that serve them must remain vigilant to decrease the risk that their contractual counterparties can avoid their obligations through the illegality defense.

Fri Mar 12 , 2021
WHITE COUNTY, Ark. – Federal officials said Thursday that law enforcement officers made numerous arrests in Searcy and the White County area in connection to a federal investigation into gang and drug activity. Acting U.S. Attorney Jonathan Ross said 33 people were indicted on March 5, and 17 of those […] 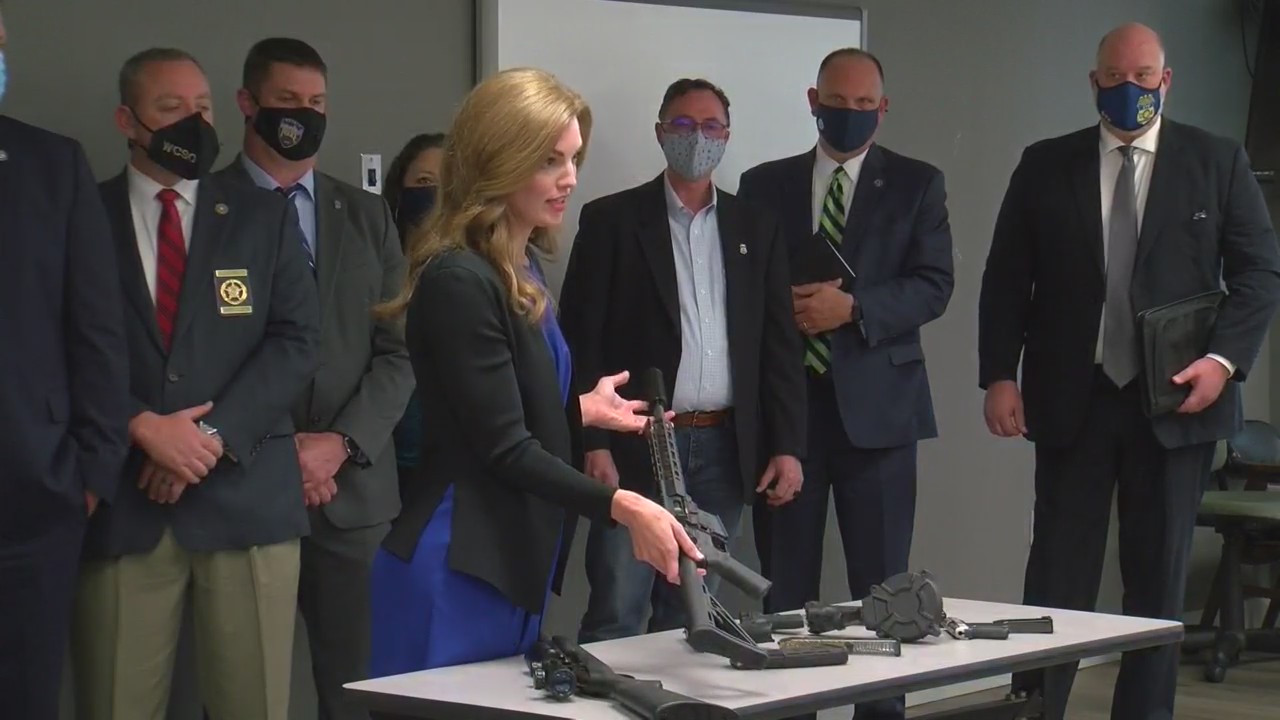