Law360 (April 21, 2021, 5:35 PM EDT) —
The University of Pennsylvania’s partial victory in a proposed class action over semesters shortened or conducted online because of the pandemic is reason to dismiss similar claims against the University of Pittsburgh, Pitt said Wednesday.

U.S. District Judge Timothy J. Savage in Philadelphia on Tuesday partly dismissed students’ claims that Penn had breached contracts by continuing to charge full tuition and fees even though they were kept off-campus to avoid spreading the COVID-19 virus, despite the university promoting the on-campus experience as a reason to enroll. On Wednesday, Pitt pointed to its Ivy League cousin’s case as reason to trim its students’ suit as well.

“The essence of the plaintiffs’ claims is that Penn did not deliver the educational experience it had promised,” Judge Savage wrote. “The plaintiffs have not identified a specific, written promise in any of the contract documents. … Informational materials, such as a university’s website and brochures distributed to prospective applicants, are not part of a student’s contract.”

Judge Savage dismissed the breach-of-contract claims for tuition, but let the students keep their claim over the suspension of on-campus services such as computer labs and student health services, since those were more explicitly promised to students in exchange for fees. He also tossed out unjust enrichment and conversion claims against the university.

Penn students Asha Smith and Emma Nedley had been among a wave of students at institutions throughout Pennsylvania — including Temple, Drexel, Pitt and Carnegie Mellon — and the country, seeking refunds as their schools closed their campuses and moved online at the end of the spring 2020 semester but didn’t cut tuition or suspend fees.

The students claimed Penn had promised them the benefits of learning on-campus, including proximity to institutions and employers in Philadelphia, through the university’s website, academic catalogs, student handbooks and marketing materials.

But the marketing materials touting the on-campus experience were not part of the university’s contract with students, nor were they “offers” that could form the basis of a contract, the judge ruled.

“The contract is formed when the student enrolls. Promotional and recruitment materials precede enrollment and the making of the contract,” he wrote. “Thus, they are not part of the contract.”

Penn had argued the only operative contract it had with students was a “financial responsibility statement” they sign during enrollment, and that contained no promise of in-person instruction.

Judge Savage said Tuesday that other documents, including “Penn’s university catalog, registration materials, online fee descriptions, Pennbook and any other pages on Penn’s website providing information and resources for enrolled students,” were also part of that contract, but none of them promised in-person education in exchange for tuition.

“It is not surprising there is no specific, written promise to provide in-person instruction. Institutions of higher education retain flexibility to respond to emergencies that may require them to close campus, such as for inclement weather, natural disasters or terrorist attacks,” he wrote, pointing to a section of the student handbook on emergency operations. “Penn reserved the right to suspend operations in the event of an emergency.”

However, the university website did form a basis for the proposed class’ claims over student fees that weren’t waived while the campus was closed.

“The breach of contract claim on behalf of the fees class is another matter. Unlike the tuition class that was unable to identify a specific promise to provide in-person instruction, the fees class has identified a promise to provide specific services and resources,” the judge wrote. “According to the descriptions on Penn’s website, the general fee, technology fee and clinical fee support a wide range of services and resources, many of which are only available and accessible on-campus. … These descriptions amount to a specific promise to provide the services, resources and facilities to students.”

Judge Savage tossed the unjust enrichment claim because Pennsylvania law does not allow such claims if the parties have a written contract; the conversion claim was likewise banned under the “gist of the action” doctrine because the matter was a breach-of-contract claim at its heart and there was no larger “social policy” the university was alleged to have broken.

The judge noted that courts in some other states had upheld claims for tuition, but those states had looser standards for establishing an implied contract between students and institutions. Under Pennsylvania law, he said, the plaintiffs had to point to an express contractual promise to provide in-person instruction.

In Pennsylvania’s Western District, Pitt pointed to the ruling as a supplemental authority backing its motion to dismiss parts of the students’ suit, noting that it was “the first COVID-19 tuition refund ruling decided under Pennsylvania law.”

Counsel for the students and Pitt did not immediately respond to requests for comment Wednesday.

Thu Apr 22 , 2021
A federal judge has blocked Emeryville from closing a homeless encampment near a Shellmound Street construction site, siding — for now — with residents and activists who argue displacing unhoused people during the COVID pandemic is illegal. The court order provides a temporary reprieve for a group of unhoused people […] 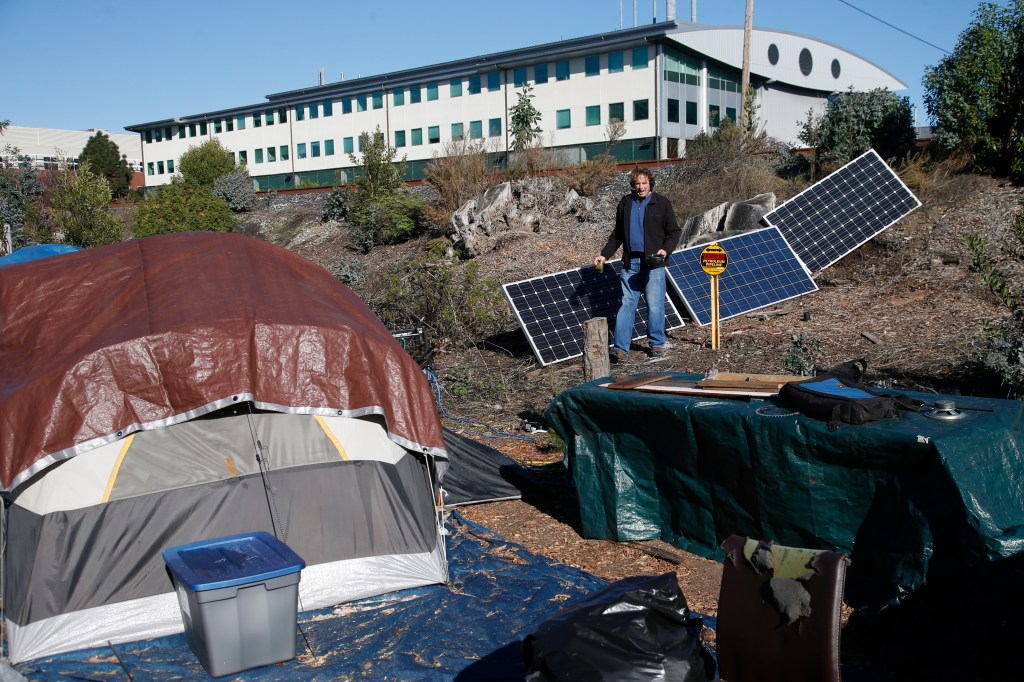