Since 2021 will be a significant year for the unfair contract term (UCT) laws, we’ve been bringing you a series of articles on the UCT laws. This is instalment number four. It addresses indemnities and limitations of liability clauses: two contractual devices that are commonly used to allocate risk.

Before going any further, it is worth recapping some of the main points from our first instalment on the general rules of the UCT laws. First and foremost, the UCT laws do not apply to all contracts. The primary limit on the UCT laws’ scope is that they only apply to standard form contracts which are either a “consumer contract” or a “small business contract”.

Second, a term will only be unfair if:

(i) it would cause a significant imbalance in the parties’ rights and obligations arising under the contract;

(ii) it is not reasonably necessary to protect the legitimate interests of the party who would be advantaged by the term; and

(iii) it would cause detriment (whether financial or otherwise) to a party if it were to be applied or relied on.

All three elements must be fulfilled for a term to be unfair.

The onus is on the plaintiff to prove elements (i) and (iii) but the onus is on the defendant to disprove item (ii). This is significant because the validity of an indemnity or a limitation of liability clause may turn on whether the defendant can prove it was reasonably necessary to protect one of its legitimate interests.

Third, when determining whether a term is unfair, a court must also consider whether the term is “transparent”. A term is transparent if it is expressed in reasonably plain language, legible, presented clearly and readily available.

Fourth, the UCT laws contain a list of terms which may (not must) be unfair. This is colloquially called the “grey list”. It includes terms that limit, or have the effect of limiting, one party’s right to sue another party or one party’s vicarious liability for its agents. These terms are clearly relevant to limitations of liability. There is no term in the grey list which expressly refers to indemnities.

Indemnities and the UCT laws

Indemnities and the UCT laws have also been addressed in four Federal Court decisions. All of those decisions were the result of ACCC or ASIC regulatory action and all of them resulted in the indemnity being declared unfair. Further, all of the proceedings were resolved by the ACCC or ASIC and the respondent agreeing that the indemnities were unfair. When regulatory proceedings are resolved by agreement, the Court must still be satisfied that the proposed orders are appropriate, but a judgment arising from a fully-contested hearing is likely to contain a more detailed analysis of the application of the UCT laws. This is because:

ACCC v Servcorp Limited [2018] FCA 1044 concerned the supply of serviced offices and virtual office services. The relevant contracts stated that Servcorp’s client will indemnify Servcorp, its employees, caretakers, cleaners, agents or invitees, against any theft or loss from the offices or damage to the offices that is attributable to the client, but with the exception of gross negligence or wilful misconduct by Servcorp. By agreement of the parties, this clause was found to be unfair. The Court noted there was no similar indemnity in favour of the client; the only exclusions from the indemnity were gross negligence or wilful misconduct by Servcorp; and the indemnity could apply even if Servcorp caused the loss. The Court reached the last of these conclusion even though the indemnity only applied to losses that were attributable to the client.

ACCC v JJ Richards & Sons Pty Ltd [2017] FCA 1224 concerned the supply of waste management services. The relevant clauses stated that JJ Richards’ customers shall, to the maximum extent permitted by law, indemnify it “in respect of all liabilities, claims, damages, actions, costs and expenses which may be incurred by JJR on a full indemnity basis (whether successful or not) as a result of or arising out of or otherwise in connection with this agreement…” By agreement of the parties, the indemnity was found to be unfair. The Court noted that the “indemnity clause creates an unlimited indemnity in favour of JJ Richards, even where the loss incurred by JJ Richards is not the fault of the … Customer or could have been avoided or mitigated by JJ Richards”; “there was no corresponding benefit for the … Customer”; and the indemnity “goes beyond what is reasonably necessary to protect JJ Richards’ legitimate interests”.

ASIC v Bendigo and Adelaide Bank Limited [2020] FCA 716 concerned finance facilities provided to small businesses. The contracts contained terms requiring the borrower to indemnify the lender against any liability, loss, cost or expense that was directly or indirectly contributed to by various events, some of which were not within the control of the borrower. These terms were expressly drawn to the borrower’s attention by a boxed note in the contract saying “This clause contains certain indemnities …” By agreement of the parties, the indemnities were found to be unfair. The Court found that on a proper reading of the indemnity, it could result in the borrower being liable for losses suffered by the lender that the borrower did not cause; had been caused by the lenders’ mistake, error or negligence; or could have been mitigated by the lender. Further, the indemnification extended to the lender’s servants. The Court noted the borrower had no corresponding indemnification rights; the indemnity applied to losses by the lender that were not within the borrower’s control; and the lender controlled at least some of the circumstances in which indemnified losses could be incurred and could avoid or mitigate those losses. The Court found that the indemnity fell within the examples in the “grey list” of terms limiting one party’s right to sue another party and limiting one party’s vicarious liability for its agents. With respect, this may not be correct but it indicates that the courts may take a broad interpretation of the “grey list”.

In ASIC v Bendigo and Adelaide Bank Limited, the Court made some interesting findings regarding whether the indemnity was “transparent”. The parties disagreed over whether the indemnity was transparent but agreed that whether it was transparent made no difference to whether it was unfair in that case. The Court concluded that the indemnity was not transparent because it did not use “reasonably plain language” in three instances. First, the indemnity “set out a multiplicity of examples” where the borrower must indemnify the lender but said these were “without limitation”. This is a common drafting technique. Second, it used the phrase “legal expenses on a full indemnity basis”: a phrase familiar to lawyers but perhaps not so familiar to a lay person. Third, it contained “a multiplicity of cross-references”.

The Court ordered that the indemnity be amended in ways that included stating the borrower was not required to indemnify the lender in respect of any amount which arose from the mistake, fraud, negligence or wilful misconduct of the lender or its employees, contractors, agents or receivers.

ACCC v Bytecard Pty Ltd (Federal Court of Australia, VID301/2013) concerned the supply of internet services. The relevant contract contained a clause that required the consumer to indemnify Bytecard even where there had been no breach of the contract, negligence or other wrongful act by the consumer; any loss may been contributed to by Bytecard’s own wrongdoing; and Bytecard was not required to indemnify the consumer in any circumstances. The indemnity was held to be unfair by agreement of the parties.

In the Servcorp case, there were three clauses in issue. One provided that Servcorp would “not be held responsible for any loss, theft or damage to the goods [in an office] howsoever caused”; a second provided that Servcorp had no liability for theft or loss from the office or damage to the office with the exception of gross negligence or wilful misconduct; and a third term provided Servcorp had no liability for data loss by the client due to the failure of Servcorp’s hardware, software, internet, voicemail or communications systems with the exception of gross negligence. By agreement, the Court found these terms were unfair. The Court noted that Servcorp’s liability could be excluded even where it was at fault for the theft, loss or damage; there was no equivalent clause in favour of Servcorp’s client; and the terms were of the kind referred to in the “grey list”.

The impugned clause in JJ Richards case provided that JJ Richards “will use all reasonable endeavours to perform the collection [of waste] at the times agreed but accepts no liability where such performance is prevented or hindered in any way”. By agreement, the Court found this term to be unfair. The Court noted that this clause removed any liability for JJ Richards even where the customer was not in any way responsible for the prevention or hindrance or where JJ Richards was better placed than the customer to manage the prevention or hindrance. Further, the clause caused the customer to assume the risk of non-performance in circumstances that they did not control, without any corresponding benefit to the customer.

The four Federal Court decisions concerning indemnities can be reduced to some key points. An indemnity is at risk of being declared unfair if it has one or more of the following features:

A lack of transparency will not assist but even clearly bringing the indemnity to the attention of the contracting party by using a note saying the clause contains an indemnity may not be enough to save an indemnity from being unfair.

Fri Apr 16 , 2021
In many legal spheres minors have identical constitutional protections as adults. There are times when, due to “their unique vulnerability, immaturity, and need for parental guidance” (Hutchins v. District of Columbia, 188 F.3d 531, 541 (D.C. Cir. 1999)), the state is permitted to regulate control over a minor’s movements and […] 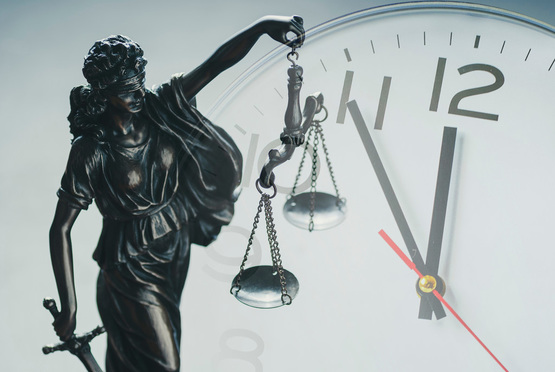