Skip to content
The biggest clue came Tuesday, when the Washington Post reported that state prosecutors in New York City convened a special grand jury in the years-long investigation into possible financial wrongdoing by the Trump Organization, the former President himself, and his family.

There’s also the Atlanta-based probe into Trump’s efforts to overturn the election results in Georgia, and the far-reaching inquiry into the US Capitol insurrection, which could ensnarl Trump and his allies.

Here’s a breakdown of where things stand in the Trump investigations.

What’s happening? Manhattan District Attorney Cyrus Vance has been investigating potential financial crimes by the Trump Organization since 2018. Prosecutors obtained millions of pages of documents, including Trump’s tax returns and bank records, earlier this year, after a massive legal battle. There’s now reportedly a grand jury, and investigators are pressuring some Trump allies to cooperate.
What could be next? The grand jury can be presented with witnesses and could be asked to approve criminal charges against Trump, his company, top executives, and his family. Grand juries are secret, and the process could take time. But the probe is clearly growing. Just last week, New York Attorney General Letitia James announced that her office’s civil inquiry into the Trump Organization has expanded into a criminal probe — and that she’s working with Vance.

What’s happening? Prosecutors in Atlanta opened a criminal inquiry into Trump’s ham-handed effort to pressure Georgia officials into overturning the results of the 2020 election. The state probe is led by Fulton County District Attorney Fani Willis, who seated a grand jury in March. She also sent letter to potential witnesses asking them to save documents and cooperate with the probe.
What could be next? Subpoenas are probably the next phase, and they’d likely be sent to some of the GOP state officials that Trump tried to pressure. But Willis’ office is backlogged, and the inquiry has moved slowly so far. It’s unclear when these subpoenas will be issued. And that would just be an early step toward building a case.

What’s happening? The Justice Department is overseeing the federal investigation into the insurrection and has already charged nearly 450 of the alleged rioters. Separately, DC Attorney General Karl Racine said he’s exploring whether they can charge Trump under DC law with inciting violence, though that would only be a misdemeanor and legal experts are skeptical.
What could be next? Early in the Justice Department probe, senior officials refused to rule out investigating Trump’s role in fomenting the riot. But since then, there has been no public indication that they are seriously investigating the ex-President. Similarly, Racine hasn’t taken any steps to advance the local case, which would require buy-in from his federal partners.
Next Post

The Radicalism of the Abortion Law the Supreme Court Took Up

Thu May 27 , 2021
With six conservative justices now sitting on the Supreme Court, the moment the anti-abortion movement has been waiting for may finally have arrived. I spoke with senior correspondent Irin Carmon about the case that could transform reproductive rights in America. Ben: Last week, the Supreme Court agreed to hear arguments […] 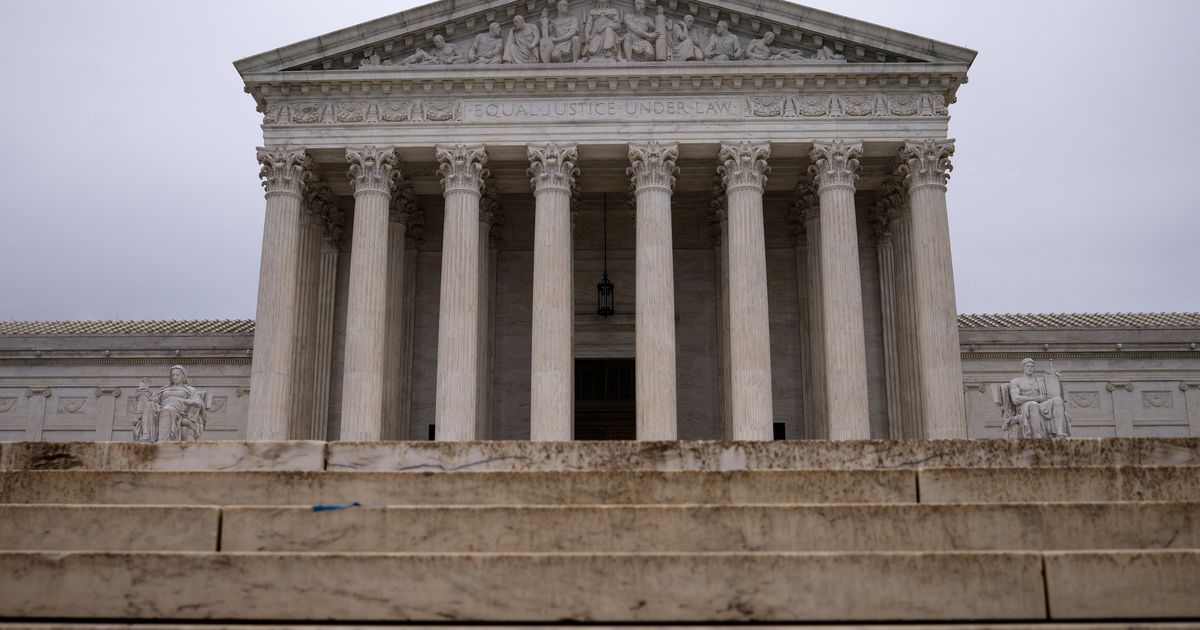