In the wake of the incredibly disturbing allegations of sexual assault against Trevor Bauer, which culminated in the entry of a temporary restraining order against him and an ongoing criminal investigation, Bauer’s representatives released to the media text messages purportedly between him and his accuser. In light of these messages, many of which are flirtatious or sexually explicit, some have leaped to Bauer’s defense, arguing that he is being railroaded. However, as I explained in a Twitter thread, Bauer’s defense team knows these texts are actually legally harmful for the pitcher, and that’s why they’re being released in the court of public opinion and not first being attached to a motion to vacate the restraining order.

To understand why, we need to understand what consent is, legally. As Vera Bergelson writes, consent is “morally transformative,” but legally more limited. We see consent in all aspects of life, not just sexuality. You consent to a doctor performing a surgical procedure on your body, but you would never consent to your cousin Fred doing the same. You consent to have your dentist pull out your tooth, but you don’t consent to a random stranger doing so. And there are types of consent. Express consent is obvious; you state unequivocally your assent to an arrangement. Informed consent is a type of express consent, and requires a full accounting to the person giving the consent of what, exactly, you are consenting to. Laws requiring informed consent before medical procedures are why physicians explain the process involved in detail before beginning. Implied consent is trickier; it is essentially consent to one thing because you engaged in another. For example, by driving on the road, you consent to a breathalyzer test in many states. It’s also more fraught; if you believed a person impliedly consented, and your belief was unreasonable even if it was genuinely held, you are liable for the act.

Consent is also prospective, not retroactive. In fact, retrospective or retroactive consent is basically nothing more than ratification, which is a legal term for acquiescence or acceptance. That doesn’t make the underlying act legal; it simply acts as a waiver of the victim’s right to pursue certain legal remedies. But those waived remedies are personal to the victim and not the state; the government can prosecute irrespective of what a victim does. In other words, a victim can waive their rights for civil remedies, but the state can still pursue criminal charges for the same conduct. (That charges are not filed because the victim will not cooperate is not a waiver of the state’s right to prosecute, but rather the state declining to do so because they believe they will not win. Remember: unlike in other countries, in the United States, prosecutors are not required to charge every criminal act, and usually charge only those in which they believe they will be able to secure a plea deal.)

Then there’s the withdrawal of consent. In every state, consent for an act can be withdrawn at any time, even after that act has begun. Say, for example, you go to the doctor for a colonoscopy, and sign all of the consent forms. As the gastroenterologist begins the procedure, you decide you want to stop. As a legal matter, so long as you communicate that desire to the physician, they must comply with your instruction or commit what is called a “medical battery”. The same is true of a sexual act; consent can be withdrawn at any time. A person sending flirtatious text messages is not consenting to sex at a later time, nor is it retroactive consent to prior sexual acts.

But there are also some things to which the law says you cannot consent, even if you want to. Ordinarily, the law follows what is called the “Volenti principle”: you cannot be harmed by that to which you consent, ergo that conduct also cannot be criminalized. But there are exceptions: you cannot consent to your own murder, a principle which both should be self-evident and dates back several hundred years to the British common law. (Interestingly, that hasn’t stopped people from trying, as the case of Sharon Lopatka shows.) Also, every state has enacted a statute which states that you cannot consent to the infliction of grievous bodily harm. In other words, it doesn’t matter what the context is: whether or not sex is involved, you cannot legally consent to an act which will result in your death or serious bodily injury.

There are a few reasons the law does this. For starters, disparities in power exist in relationships. You’re more likely to give consent to a person shooting you in the leg if they’re already holding a gun, for example. A person in an abusive relationship could consent to a sex act they wouldn’t otherwise agree to. So even if consent isn’t the result of coercion or undue influence, often the nature of the harm being caused is such that the law (correctly) presumes that the person harmed really had no other meaningful choice under the circumstances. We call that unconscionability, and an unconscionable act isn’t legal even where the parties agreed to it.

That’s because consent is, after a fashion, a contract, and the law won’t let certain contracts be enforced. Take, for example, a contract to sell heroin. If you sue a person for a breach of contract because you sold them heroin and they didn’t pay you, you won’t win any money but you will be arrested. If you inject a person with heroin, you will be arrested (and probably convicted) whether that person consented to be injected or not. And if you fracture someone’s skull by punching them during sex, that punch is not made legal by the consent of the victim even if it was given freely. A person cannot give legal consent to a grievous bodily injury.

(A couple of minor points. Consent for sex often operates on contract law principles even though contracts for sex are illegal in most states. That’s because what makes those contracts illegal is not the contract itself, but rather that the consideration for sex is a monetary or pecuniary gain. Those states criminalize not the contract for sex per se, but rather the terms of compensation in that agreement. Second, there is a limited exception for causing someone an injury if you’re, say, a doctor operating on a patient, or trying to save someone’s life. These things are covered by things like good samaritan laws and medical licensure. So just as a police officer has an exclusive right to use deadly force under certain circumstances, a doctor also has a similar exclusive right to open up a human body.)

One last point on consent. To give it, you have to have the ability to give it. We call that in the law “capacity,” and its rules are, for the most part, pretty simple. A person must be awake, aware, and able to understand the consequences of their actions to give valid consent. Consent given by a person without capacity is, legally speaking, essentially the same as no consent at all. That also means that an unconscious person cannot consent to sex (or anything else), and, depending on the circumstances, an intoxicated person sometimes also cannot consent to sex (or anything else). Sex with an unconscious person, where the unconscious person has not given prior, informed consent…is pretty much always sexual assault. Doctors tell you what will happen during the procedure before you are placed under anesthesia because you cannot consent to a procedure when you are unconscious. Similarly, an unconscious person consents only to those things to which they knowingly granted informed consent before becoming unconscious, and you cannot imply consent from unconsciousness.

With this background, you probably now see what the problem is with the text messages released by Bauer’s team…and why they haven’t yet used them in a court proceeding. First, the messages essentially confirm that some sort of encounter occurred and that violence was involved. Second, they do not, in and of themselves, constitute consent for either encounter; at best, they constitute ratification of the first encounter only. Flirtation, in and of itself, is never consent. Third, nowhere do the messages mention punches or skull fractures, which means that even if Bauer’s victim consented to rough sex and choking, those messages don’t excuse the basilar skull fracture. And fourth, Bauer admitted to performing sex acts on his victim without her knowledge whilst she was unconscious, and she cannot legally consent to those acts.

So Bauer’s team released these text messages in an attempt to slut-shame his victim and make it look like she was asking for whatever he did to her. In reality, those messages are legally potentially incriminating in court. There is no evidence that Bauer’s victim ever consented to be punched until her skull cracked – and even if she did, she could not have legally done so anyway. But then…you didn’t need me to tell you that.

Sheryl Ring is a consumer rights and civil rights attorney practicing in the Chicago, Illinois area. You can reach her on Twitter @Ring_Sheryl. This post is for informational purposes only and is not legal advice, and does not create any attorney-client relationship.

Sat Jul 3 , 2021
MidCoast councillors expressed frustration with the length of time it is taking for restoration works of headstones at The Bight Cemetery at Wingham to begin, at the MidCoast Council ordinary on June 30, 2021. Those who spoke on the matter also gave personal apologies to the public for the delays. […] 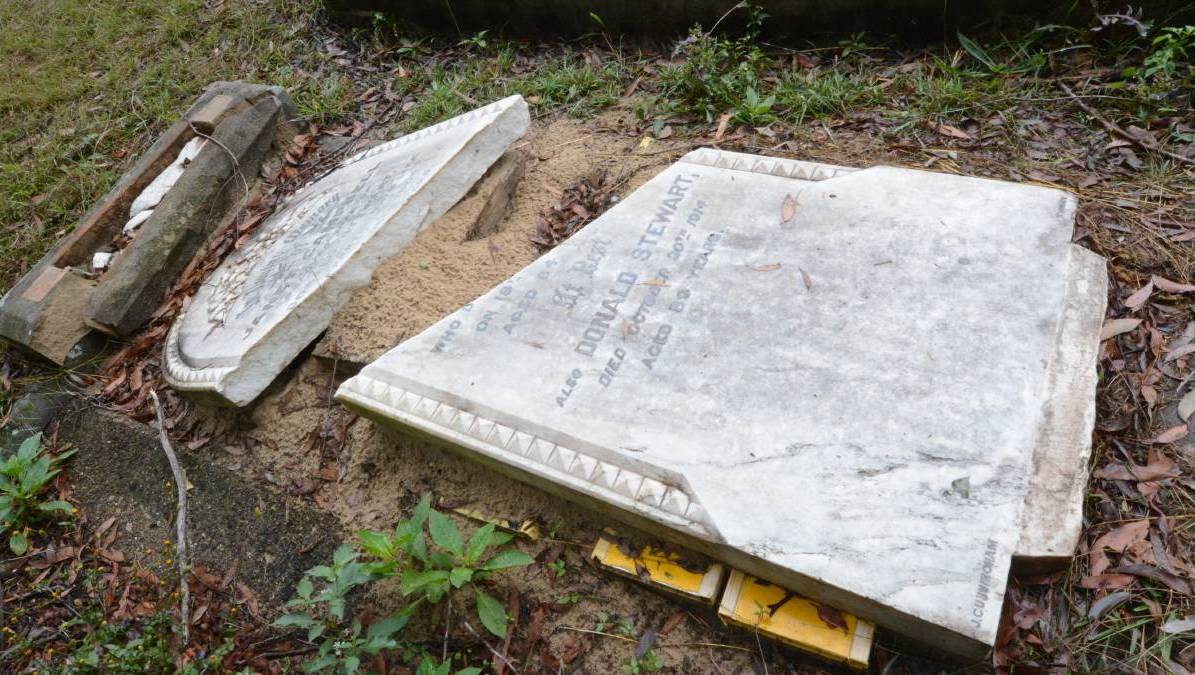