Justice. People called for it in the US last year, when George Floyd, a 46-year-old African American, lay gasping for breath under the knee of a police officer for nine minutes. People called for it in 2012, when the horrific gang rape and murder of a 23-year-old woman on a bus in Delhi, India, shook the entire nation. People call for it every single day, in matters large or small, because justice is the foundation of a civilised society.

Click start to play today’s Word Search and find all the words related to the justice system.

India is home to one of the oldest civilisations on Earth so it stands to reason that its legal structure also has ancient roots. According to the Bar Council of India’s website, there is evidence of some sort of a civil law system in place during the Bronze Age (around 4,000 years ago) and even as far back as the Indus Valley civilisation (8,000 years ago).

Over the years, the law evolved from being directed by religious texts such as the Vedas and Upanishads, into a more secular system under the Maurya and Mughal dynasties, which had courts for civil and criminal matters.

However, one of the oldest written laws on record is Hammurabi’s Code. Drafted in 1755BC by Babylonian king Hammurabi, it is considered to be the longest and best preserved legal text from ancient Mesopotamia. The Code comprises 282 laws, including standards for business interactions and punishments for crimes. It was carved onto a massive, finger-shaped black stone stele, which today resides in Paris’ Louvre Museum.

In the West, Roman law forms the basis for civil law, which is the most widely used legal system around the world. You can see the historical relevance of Roman law in the Latin legal terminology that’s still used today. Its roots are in the Corpus Juris Civilis or ‘Body of Civil Law’, a collection of works in jurisprudence ordered by Justinian I, the Byzantine emperor in 529AD.

In ancient Greece, there was no official court system until the middle of the 7th century BC, when the concept of trial by a jury was put in place. Before this time, if someone committed a murder, they were likely to be killed by the members of the victim’s family. In 620 BC, the first legislator in ancient Athens, Draco, replaced family feuds with a written code enforced by a court of law. The penalty for murder was exile.

Every civilisation has found its own way of dealing with crime and civil matters. But at the core, the intention has always been to deliver justice.

Play today’s Word Search and seek out all the legal terms. Tell us if you found them all at [email protected]

Thu Jun 10 , 2021
The Australian Federal Police, along with the FBI, created a company called ANOM that sold over 12,000 encrypted devices to criminal syndicates operating in over 100 countries. (Subscribe to our Today’s Cache newsletter for a quick snapshot of top 5 tech stories. Click here to subscribe for free.) The U.S. […] 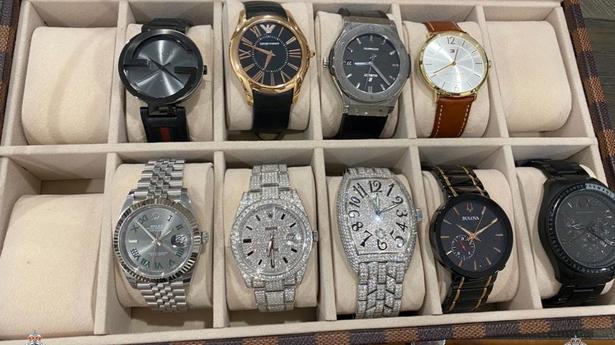