The ongoing debacle that is D.C.’s Medicaid managed care contract is a story with many potential bad guys.

There’s MedStar, a health system and a health insurance provider that’s threatening to exclude 250,000 D.C. Medicaid beneficiaries from its huge network of primary care providers and specialists now that it will likely lose its Medicaid managed care contract.

The managed care program covers Medicaid and Alliance beneficiaries based on a set rate that the District pays to private insurance companies, rather than paying doctors on a fee-for-service basis. MedStar, AmeriHealth, and CareFirst were awarded the $1.5 billion contract last year. But MedStar’s contract likely will not get renewed when it expires in September after a fourth health insurance provider, Amerigroup, successfully appealed the contract. Amerigroup originally bid for the contract in 2020 and lost.

Last week, MedStar’s health system informed AmeriHealth and CareFirst that it intends to cancel its agreements with the two insurers, according to a message Deputy Mayor for Health and Human Services Wayne Turnage sent D.C. councilmembers last week. Medicaid and Alliance beneficiaries will not be able to access MedStar’s health network if the contracts are terminated. The Washington Post was first to report on the potential fallout from the impending terminations.

If you’re Mayor Muriel Bowser, the list of villains includes the seven D.C. councilmembers who voted down a bill proposed by Ward 7 Councilmember Vince Gray (and backed by Bowser) that would have given MedStar a pass on its violations of contracting law and may have avoided the catastrophic situation Medicaid and Alliance beneficiaries are now facing.

Bowser blamed those councilmembers in a statement released Tuesday after MedStar’s threat to cancel its contracts with CareFirst and AmeriHealth became public.

“When the Council, by a 7-6 margin, refused to support a reasonable exemption that would have allowed MedStar’s managed care organization to complete the procurement process, circumstances were created that now threaten the very access to treatment for managed care enrollees at all MedStar hospitals, clinics, their specialty care physicians, and its rehabilitation hospital,” Bowser’s statement reads.

Add to the list of culprits Bowser herself, who, from the perspective of some councilmembers and D.C. Council Chairman Phil Mendelson, tried to improperly meddle in the managed care contract through that failed legislation.

There’s also the Office of Contracting and Procurement, which for years, apparently, has been telling bidders it’s OK to break contracting law. The practice at OCP has been to allow bidders to submit required subcontracting plans near the end of the evaluation process rather than at the beginning, as the law requires. MedStar did not submit a subcontracting plan with its original bid on the managed care contract. It would be disqualified if and when the District re-evaluates the bids, as a contract appeals judge has ordered.

And then there’s Turnage, who, some councilmembers have said, tried to steer the contract to MedStar. Turnage denies this. It was also his decision to rebid the managed care contract in 2020, in the midst of a pandemic. Part of his rationale was to insert a provision in the new contract that required all managed care insurers to contract with every hospital, health plan, and provider so patients covered under one plan could visit doctors associated with another. The provision, known as “universal contracting,” was supposed to fix a problem under the previous managed care contract where MedStar would only do business with one of the three health plans. Swaths of patients jumped to one plan in order to have access to MedStar doctors. The imbalance created massive profits for two companies and losses for the third.

The contract winners the second time around—MedStar, AmeriHealth, and CareFirst—were announced in July 2020.

The Contract Appeals Board ruled in December 2020 to uphold a protest of the contract from Amerigroup and ordered the District to reevaluate proposals. That reevaluation has not happened, but it likely would have eliminated MedStar. In the meantime, Turnage unsuccessfully lobbied the Council on legislation that would have allowed MedStar to remain in contention, effectively side-stepping the judge’s ruling.

Now, Loose Lips has learned that Turnage and OCP are also facing a motion for sanctions filed recently with the Contract Appeals Board, the quasi-judicial body that handles local contracting disputes.

Sher asks the Contract Appeals Board to order a new reevaluation with a new evaluation panel and a new contracting officer and restrict Turnage from further involvement in the contract.

The motion says Sher also brought this information to the D.C. Office of the Attorney General. The OAG has since forwarded it to the Office of the Inspector General, which investigates government programs and operations for fraud, waste, and mismanagement.

An OAG spokesperson confirms that the agency “received a letter alleging improper disclosure of information by District agencies and employees. We passed the letter along to the Office of the Inspector General because that office is best positioned to investigate and determine whether any wrongdoing occurred.”

Turnage says his chief operating officer received a document from OCP that he now suspects may have contained the sealed information.

“I don’t know if it was protected,” he tells LL, adding that at the time he was lobbying the Council with emails on an almost daily basis. “If that happened, the problem was all mine, and before sending it to the Council I should have determined whether it was under protection.”

An OCP spokesperson did not respond to LL’s emailed questions.

As for the contract debacle, Turnage believes the MedStar health system is willing to renew its contracts with AmeriHealth and CareFirst—but at a higher rate. MedStar agreed to a discount when its health insurance plan was included in the managed care contract. But the renegotiated increased costs would push AmeriHealth and CareFirst “under water financially,” Turnage wrote in an email to the Council this week.

In the District, MedStar runs Washington Hospital Center, the National Rehabilitation Hospital, and Georgetown University Hospital. Turnage told councilmembers that MedStar provides more than 38 percent of the use in the District’s hospital system and more than a third of the $304 million they spent on hospital services in 2018. He said those figures are virtually unchanged for subsequent years.

Turnage made special note of the Council’s rejection of Bowser and Gray’s legislation that would have forgiven MedStar for its law violation and allowed it to compete in the reevaluation.

“One councilmember characterized the very genuine concern you expressed about just this specific potential outcome as a ‘red herring,’” Turnage wrote in the email, which is addressed to Gray. “A contrivance on your part to secure support for the amendment you moved. Clearly, this myopic and short-sighted view — shared by this councilmember and the six others who similarly dismissed your concern — was void of the necessary prescience to foresee the very serious quandary we now face.”

At-Large Councilmember Robert White, one of the seven legislators who voted against Gray’s legislation, tells LL that he maintains his concern with giving government contractors a pass on violating the law. “We look at all of these contracting and procurement issues as one-offs and make changes and exceptions here and there,” he says. “But at a certain point as city we have to mature and let process and law govern.”

White adds his appreciation for MedStar’s partnership with the District over the years, but says he worries “what a move like this might signal to other jurisdictions about their reputation.”

He’s looking to Turnage for answers about whether the District can operate a managed care program given MedStar’s “muscular” position, as Turnage has described it.

With the Council on recess through September, it’s up to Bowser to act. She has yet to announce any official action, though she has the authority to extend MedStar’s contract on an emergency basis while they find a solution.

“We will keep fighting for these residents to prevent a chaotic and abrupt disruption,” she said in a statement.

People covered in the managed care program are most at-risk for COVID-19 infection, Turnage wrote in the email sent to councilmembers this week, due in part to vaccine hesitancy. Only 28 percent of managed care participants are vaccinated, government data show.

If infections among residents using Medicaid and Alliance programs continues to rise while their access to health care is cut off, “the problems for these residents and those of the larger health care system in the city as well, could reach crisis levels,” Turnage told councilmembers.

As is typical of a story with many bad guys, it’s the most vulnerable who are hurt. In this case, they’re the approximately 250,000 folks who rely on Medicaid and on the government to get it right.

Thu Aug 26 , 2021
Power of Veto sets up a huge opportunity for Head of Household Sarah Beth to enact her backdoor plan — unless a better option presents itself? Tonight’s Power of Veto competition on “Big Brother” was a double-edged sword, because in order to win it, you also had to select three […] 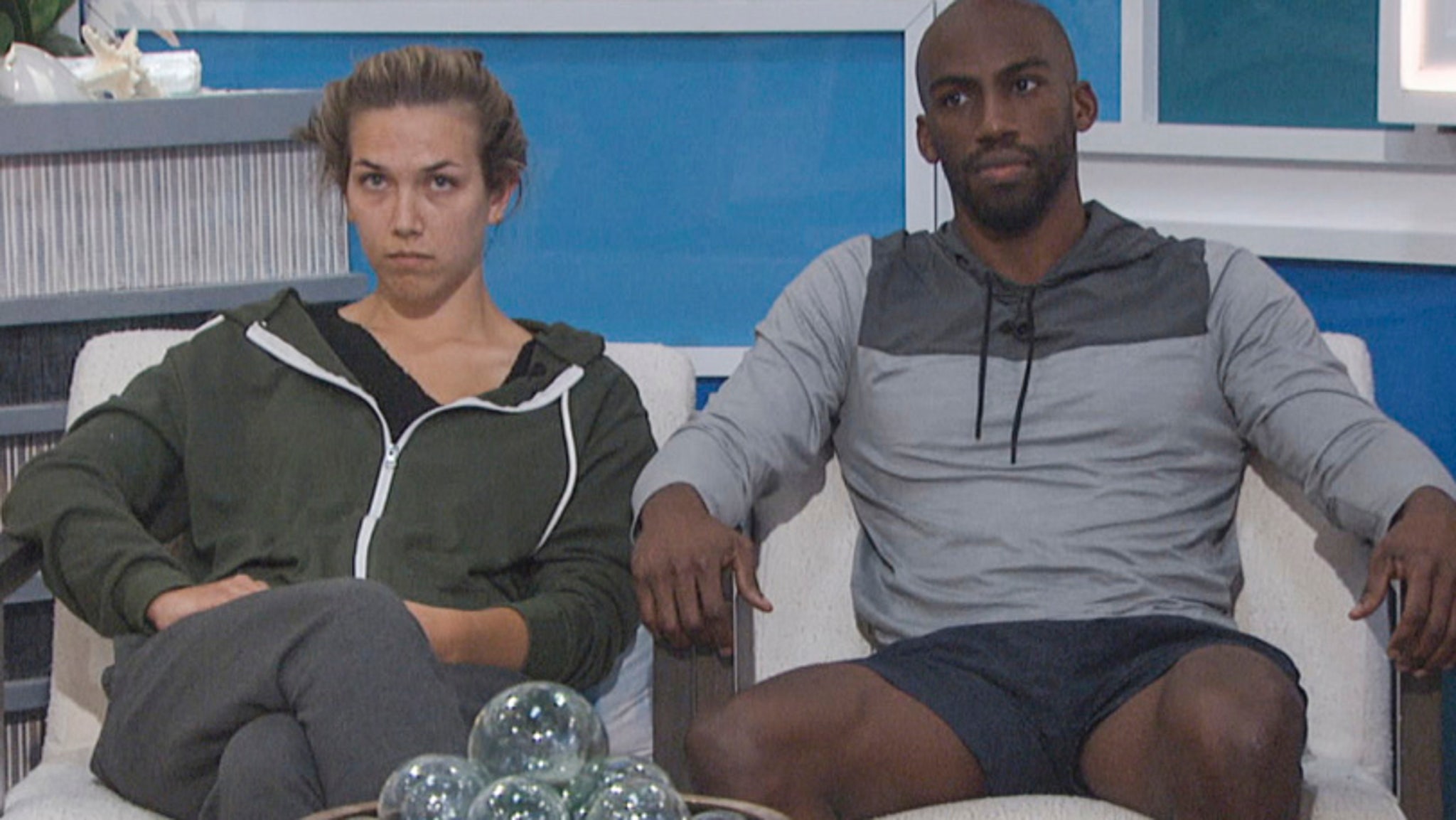