A massive straw purchase gun trafficking organization in which members illegally obtained then resold 31 firearms across Pennsylvania was dismantled with 14 people in custody, authorities said Wednesday.

This investigation began when Montgomery County Detectives were investigating another gun trafficking organization charged in September 2020, and performed a network analysis to identify other illegal firearms in their trafficking networks, the DA’s office said.

That analysis led to identifying this gun trafficking organization.

From there, detectives began following the multiple purchases of firearms by Quinn Whisted, 22, of Plymouth Meeting, through the Electronic Record of Sale (EROS) system and through hard copies of ATF and Pennsylvania State Police forms at gun stores.

Among them a man named Alexander Smith, who helmed the organization and purchased “ghost gun” materials from websites, the Da’s office said. Smith assembled the pieces and then listed the guns for sale, Steele said.

The following individuals were charged:

Each of those guns were bought on behalf of an organization helmed by Alexander Smith, Daveese Smith, 22, and Tony Pearson, 40, both of Norristown, the DA’s office said.

Taye Wynder, 20, Daeshaun Wynder, 22, and Jerome Wynder, 24, all of Pottstown, along with Tymir Allen, 22, of Philadelphia; Joseph Zummo, 26, of Bridgeport; Kristen Owens, 24, of Plymouth Meeting, and Talani Ewell, 20, of Newcastle, Delaware, were also members, and charged as well.

“This group of people was acting together with the sole purchase of making money by putting firearms in the hands of people who cannot lawfully buy and possess guns, in effect arming criminals,” Steele said.

“Straw purchases and the sale of those guns to people who cannot buy their own firearm legally are dangerous to the safety of all of our communities, and ‘ghost guns’ are just as dangerous, if not more. Gun trafficking is a significant threat to public safety and should concern every law-abiding citizen.”

Of the 29 straw purchases identified through this investigation, only six have been recovered: One on Jan. 7, during an arrest by the Philadelphia Police for a home invasion robbery; four during traffic stops; and one when Smith was arrested, the DA’s office said.

The defendants were arrested on various criminal charges, but all include felony counts of Corrupt Organizations and Conspiracy. Other charges include Dealing in Proceeds of Unlawful Activities, Unlawful Transfer of a Firearm, Criminal Use of Communications Facilities, Materially False Statements and multiple related offenses.

Twelve of the 14 defendants will be arraigned and bail will be set this morning before Magisterial District Judge Edward C. Kropp, at which time the preliminary hearing for these defendants will be scheduled. Detectives are still in the process of locating and arresting two defendants: Allen and Zummo.

How a “Small Business” Kingpin Wins Billions in Defense Contracts

Thu Feb 18 , 2021
For over a decade, ADS and companies in its orbit have come under suspicion of having violated a law known as the Berry Amendment, which requires the Pentagon to buy items such as textiles, clothes, shoes, and food grown or produced in the U.S. ADS denies any violation of the […] 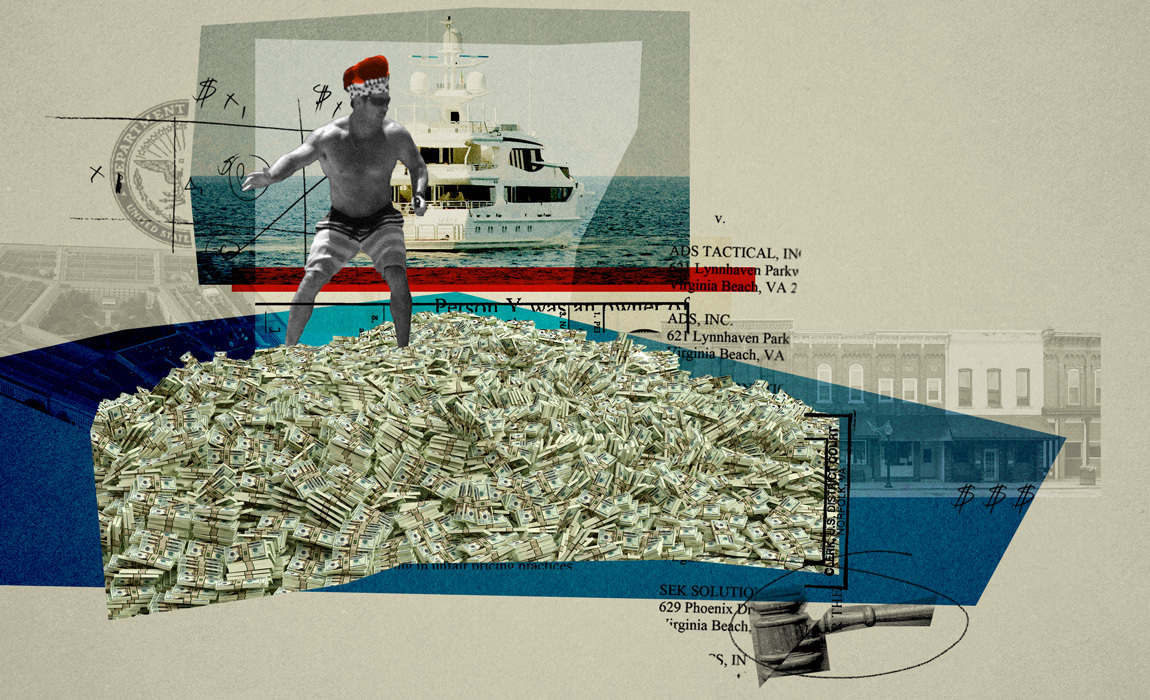