A Project manager buried in supplier buyout asked himself, “Self, why can’t I just staple these quotes to the back of our boilerplate P.O. and send it off?” The short answer is you can, but you may be bound to statutory gap fillers drafted by a bunch of law school professors, or worse, to the supplier’s boilerplate terms included in its quote. Module Construction presents a delivery method where such a situation is likely to arise. In an effort to avoid introduction of unanticipated or unwanted terms and conditions into a hybrid supply/service contracting vehicle, ConsensusDocs recently released its first standard form “Subcontract” for modular construction—753 Standard Agreement Between Constructor and Prefabricator (“ConsensusDocs 753”). This article discusses a few of the intricacies of ConsensusDocs 753 and will explain why it is a terrible idea to staple a quote to the back of a P.O.

You may be questioning why the term “subcontract” is in quotation marks above. That answer lies with the function of the Uniform Commercial Code (UCC). All of the states have adopted some form of Article 2 of the UCC. Article 2 of the UCC applies to contracts for the sale of goods – not services – and generally provides gap fillers. If a P.O. and the quote included in the P.O. have gaps or conflict, then the UCC kicks out conflicting provisions and fills the resulting gaps. The only required terms are quantity and a description of the goods. The UCC will fill in the remainder—even price.

The UCC was created to expedite commerce—not to protect contractors with upstream common law contract liability. The common law governs contracts for services and differs from the UCC in many aspects. The resolution of a contract dispute may be different depending on whether common law or the UCC governs.

Modular construction typically includes aspects of both construction services and the sale of goods. Disputes involving mixed contracts for the sale of goods and services pose a conundrum when determining which authority governs. Courts analyze the transaction holistically. The conclusion is often subjective. Most courts will attempt to determine the predominate purpose of the Contract. Courts have typically determined that construction contracts are predominately for services or real estate and will apply common law. Conversely, where the purpose of a contract is primarily for the purchase and install of a specific piece of equipment (like a hot water heater), the courts will typically look to the UCC in enforcing the parties’ contract rights and obligations.

In the mixed (or hybrid) world of modular construction, there is little precedent to predict which law applies to disputes involving “Subcontracts” for modular construction. The prevailing guess is the common law. ConsensusDocs 753 is a subcontract in form and substance and includes a check-the-box section where the parties can chose which authority governs the underlying contract. This is not an end all, but may persuade a court to apply the law that the Parties agreed to in the contract. For the sake of reinforcing the importance of the statutory power of the UCC, many courts will likely apply the UCC to contracts for the sale of goods, even if the Parties agree to common law in the underlying contract.

Answering the question as to which authority is beneficial to contractors depends on the underlying facts of a specific dispute and the state law governing the contract. For example, statutes of limitation (SOL) for contract actions vary across states and depend on whether the contract is for the sale of goods. In Georgia, for example, the statute of limitations for written contracts is six years from accrual of the cause of action (typically substantial completion) and four years for contracts for the sale of goods—though parties may reduce it to no less than one year, but not extend it (unless the written contract is signed under seal). In South Carolina, however, the SOL for written contracts is three years, six years for contracts for the sale of goods, and may not be shortened by contract. Such limitations pose potential problems for contractors with upstream common law contract liability. To the extent possible, it is important to flow down the SOL periods applicable to upstream contracts in P.O.s. If the supplier’s quote is included in the P.O., contractors may assume risk that could have otherwise flowed down to the supplier. If an upstream party sues the contractor after the SOL runs on the P.O. and before the SOL runs on the upstream written contract, the contractor could be left “holding the bag.”

Acceptance and rejection of the goods and/or services is often a hot issue. Under common law, a party must substantially comply with its obligations. Construction is an undertaking of tolerances in many ways. Substantial compliance can be a mushy and subjective way to define acceptable levels of performance. Upstream construction contracts often address this issue by providing more detail related to quality, cost, and time obligations. Under the UCC, contractors may reject goods for any deviation in quality, quantity, or delivery. Suppliers often mitigate these risks in their quotes. If the quote is included in the P.O., then the contractor may assume a liability gap between the contractor’s obligations under the upstream contract and the obligations owed by the supplier as defined by its quote.

The differences between the common law, the UCC, language in quotes, and P.O. provisions can result in unpredictability if the Parties do not take the time to properly draft the P.O. ConsensusDocs is a useful tool for the contractor and the prefabricator to address these concerns in the world of modular construction. Contractors should include solid merger and flow down clauses in all P.O.s, mixed contracts, and subcontracts. It is equally important to refrain from including the supplier’s quote in the P.O. Buyout can be a grueling process, but when a problem arises, the time contractors spend drafting and negotiating the terms will pay dividends. It is well worth typing the inclusions and exclusions into the P.O. and leaving the quote in a file. Like most things, buyout is not the place to cut corners.

Mon May 31 , 2021
French investigating judges questioned fugitive former car executive Carlos Ghosn in Beirut on Monday, in hearings that one of his lawyers described as a first for justice since his arrest in Japan. The architect of the Renault-Nissan auto alliance has been fighting multiple probes since fleeing to Lebanon from Japan […] 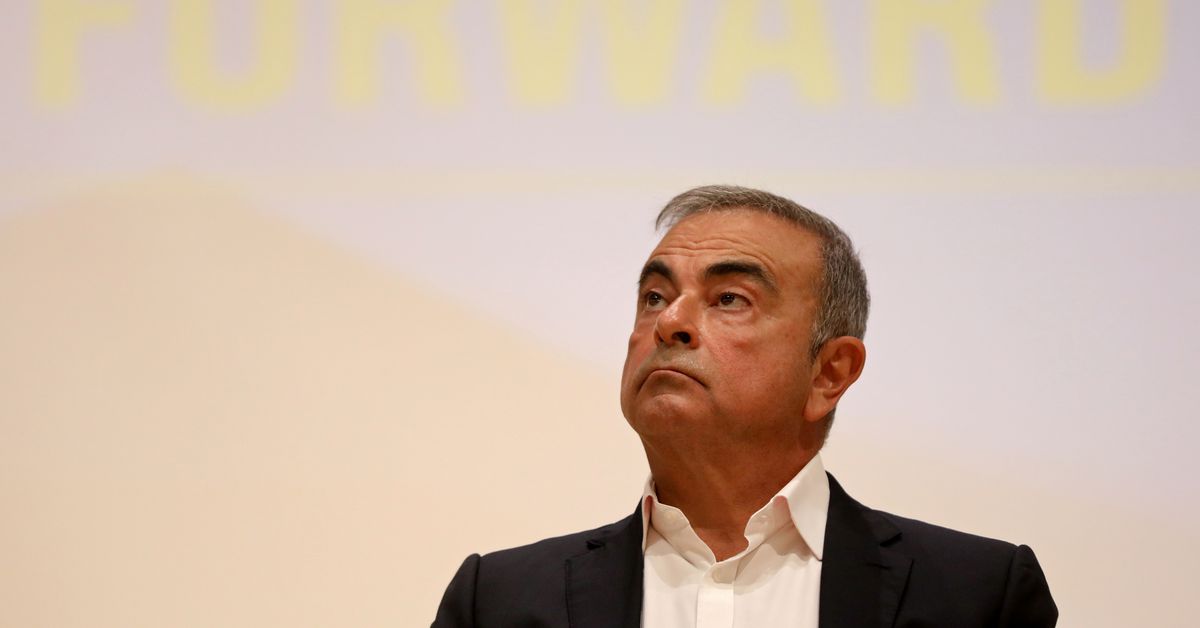