As college student-athletes across the country continue their fight for fair compensation, the Supreme Court of the United States handed them a big win for their efforts.

In a 9-0 unanimous decision on Monday, the Supreme Court of the United States upheld a lower court’s ruling from 2018 and called into question the NCAA’s stance on restricting educational-related benefits of college athletes in the name of “amateurism’.  Of all the Justices who weighed in, Justice Brett Kavanaugh issued the most scathing rebuke of the NCAA’s current business model.

“The bottom line is that the NCAA and its member colleges are suppressing the pay of student athletes who collectively generate billions of dollars in revenues for colleges every year,” wrote Kavanaugh. “Those enormous sums of money flow to seemingly everyone except the student athletes. College presidents, athletic directors, coaches, conference commissioners, and NCAA executives take in six- and seven-figure salaries. Colleges build lavish new facilities. But the student athletes who generate the revenues, many of whom are African American and from lower-income backgrounds, end up with little or nothing.”

Justice Kavanaugh went even further, noting that the NCAA’s business model should be subject to the same levels of scrutiny and legalities as any other business in America.

“To be sure, the NCAA and its member colleges maintain important traditions that have become part of the fabric of America—game days in Tuscaloosa and South Bend; the packed gyms in Storrs and Durham; the women’s and men’s lacrosse championships on Memorial Day weekend; track and field meets in Eugene; the spring softball and baseball World Series in Oklahoma City and Omaha; the list goes on,” wrote Kavanaugh. “But those traditions alone cannot justify the NCAA’s decision to build a massive money-raising enterprise on the backs of student athletes who are not fairly compensated. Nowhere else in America can businesses get away with agreeing not to pay their workers a fair market rate on the theory that their product is defined by not paying their workers a fair market rate. And under ordinary principles of antitrust law, it is not evident why college sports should be any different. The NCAA is not above the law.”

Many believe that Monday’s decision by the Supreme Court of the United States will ultimately change college athletics permanently, opening the door for student-athletes to be protected under the same antitrust laws that protect consumers from predatory business practices and ensure fair competition.

Tue Jun 22 , 2021
The Cumberland County Board of Commissionersunanimously approved a contract Monday withthree law firms to represent the county in its move toward potential legal action against a chemical company that has a plant in Bladen County just across the county line. Chemours, which owns the facility just of N.C. 87, makes GenX […] 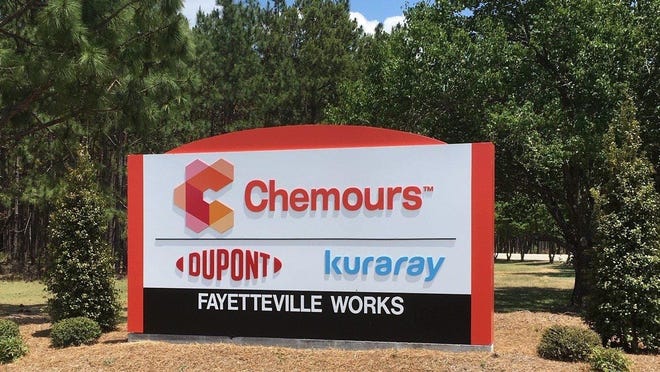