As Jim Dey discussed in Wednesday’s News-Gazette, a fan in the stands at Wrigley Field was severely injured when struck by a foul ball during a 2018 game.

The fan sued Major League Baseball and the Cubs.

Those rascally defendants sought to throw the suit out claiming that language on the fan’s ticket requires any claim be arbitrated unless the fan notified the Cubs within seven days of the game to opt out of arbitration.

Arbitration means you can’t sue in court but have to have your claim heard in front of an arbitrator. Recently, an Illinois appellate court allowed dismissal of the arbitration defense raised by MLB and the Cubs because the language on the ticket was procedurally and substantively unconscionable.

No one factor may determine if a contract provision is unconscionable. But the involvement of a consumer, a disparity in bargaining power, and the presence of the allegedly unconscionable provision on a preprinted form are big deals to consider. Fine print and complicated language don’t necessarily legally kill the clause. But it sure doesn’t help it.

The court noted that the main problem with the baseball ticket was not the tiny print on its backside, but that all the terms of arbitration referred to on the ticket are only found in the Cubs’ website.

The Cubs sought to bind the fan merely through her use of a ticket to enter Wrigley Field under an eight-paragraph arbitration provision that was not provided to her. It could only be read on the Cubs’ website (while likely being in the commotion outside the baseball stadium where it is not necessarily easy or practical to read an internet website) or by visiting the Cubs’ administrative office (despite the ticket having no information about where that office was).

The seven-day deadline to file an opt out of arbitration had to be done with specific language in a writing sent to the Cubs. The fan in question was hospitalized with a severe eye injury and unable to opt out in such short time.

The court also said that even if not procedurally unconscionable, the substance of the arbitration terms was fundamentally unfair and thus unenforceable.

Unconscionability is a public policy recognized in American law to help balance bargaining leverage in contracts between those holding more power and wealth against those who hold less.

So, the fan can continue her suit in court. But she still has a mound to climb to prove liability.

MLB and the Cubs may have gotten no runs in this frame, but there’s a lot of innings left to play in this litigation.

Sun Apr 4 , 2021
Former President Trump on Saturday added to a list of organizations he’s calling on supporters to boycott for opposing Georgia’s voting restrictions. Driving the news: Trump on Friday urged a boycott of “woke companies” that have taken a stand and Major League Baseball for moving its All-Star Game out of […] 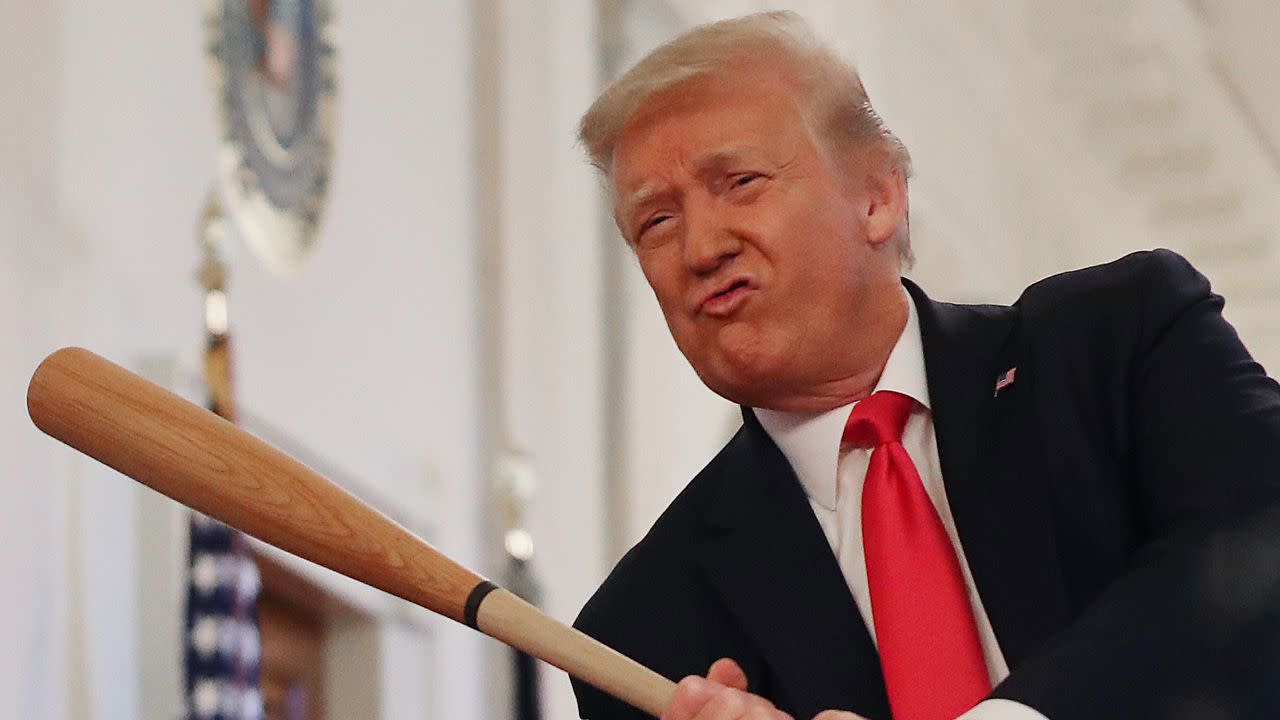