The distraught father of a Texas girl who was raped lashed out at a judge this week after a 22-year-old defendant who was convicted of the crime received a light sentence, according to a report.

“Be careful what judges you elect,” the father, who asked that his name be withheld to protect his daughter’s privacy, told FOX 26 of Houston.

“What is the judge telling our children when we try to teach our children to go to the police?” the father continued.  “Let the police handle everything. Let the law do it. That’s what their job is – and then this happens.”

Polk County District Court Judge Travis Kitchens issued the sentence June 3 to defendant Eli Binnion, who authorities said committed the crime in July 2018, when he was 19 and the girl was 14, FOX 26 reported.

Binnion received a sentence of 180 days in jail as part of his probation, meaning he could walk free as soon as 100 days from now, the station reported. Prosecutors wanted Binnion to spend 15 years behind bars, the report said.

Polk County District Attorney Lee Hon made clear that the girl was not a willing participant in sex with the defendant, but instead was forcibly sexually assaulted.

Hon described the crime as a serious case with a dangerous perpetrator, FOX 26 reported. He said Binnion followed the girl into a hotel room, where she had gone with others to pick up some supplies for a July 4 gathering. He then forced her onto a bed and attacked her, the prosecutor told FOX 26.

Defendant Eli Binnion was convicted in the rape of a 14-year-old girl in 2018, authorities say, according to a report.

“You get a slap on the wrist,” the father told the station is disbelief. “No victim is gonna want to come forward and go through all of the struggles and all of the ordeal that they have to go through, just for the person to get out and walk free.”

The father told FOX 26 his daughter has exhibited signs of emotional distress since the crime occurred – crying at night, sometimes unable to sleep, etc.

Hon said the girl’s parents asked to testify during the trial but the judge wouldn’t allow it.

However, Mike Davis, Binnion’s defense attorney, said he never heard the judge deny the parents an opportunity to testify. He claimed that the decision may have been made by the district attorney’s office, FOX 26 reported.

The station was unable to reach Kitchens for comment about his ruling.

The girl’s father said the outcome of the case has left him disillusioned.

“I promised my daughter justice,” he told FOX 26, “and obviously I was wrong because the court system is not gonna give it to her.”

Fri Jun 11 , 2021
Hundreds of criminals have been arrested around the world after they were tricked into using a messaging app secretly run by the FBI. Australian police said criminal gangs thought the encrypted app called ANOM was safe from snooping when, in fact, authorities had for months been monitoring millions of messages about drug […] 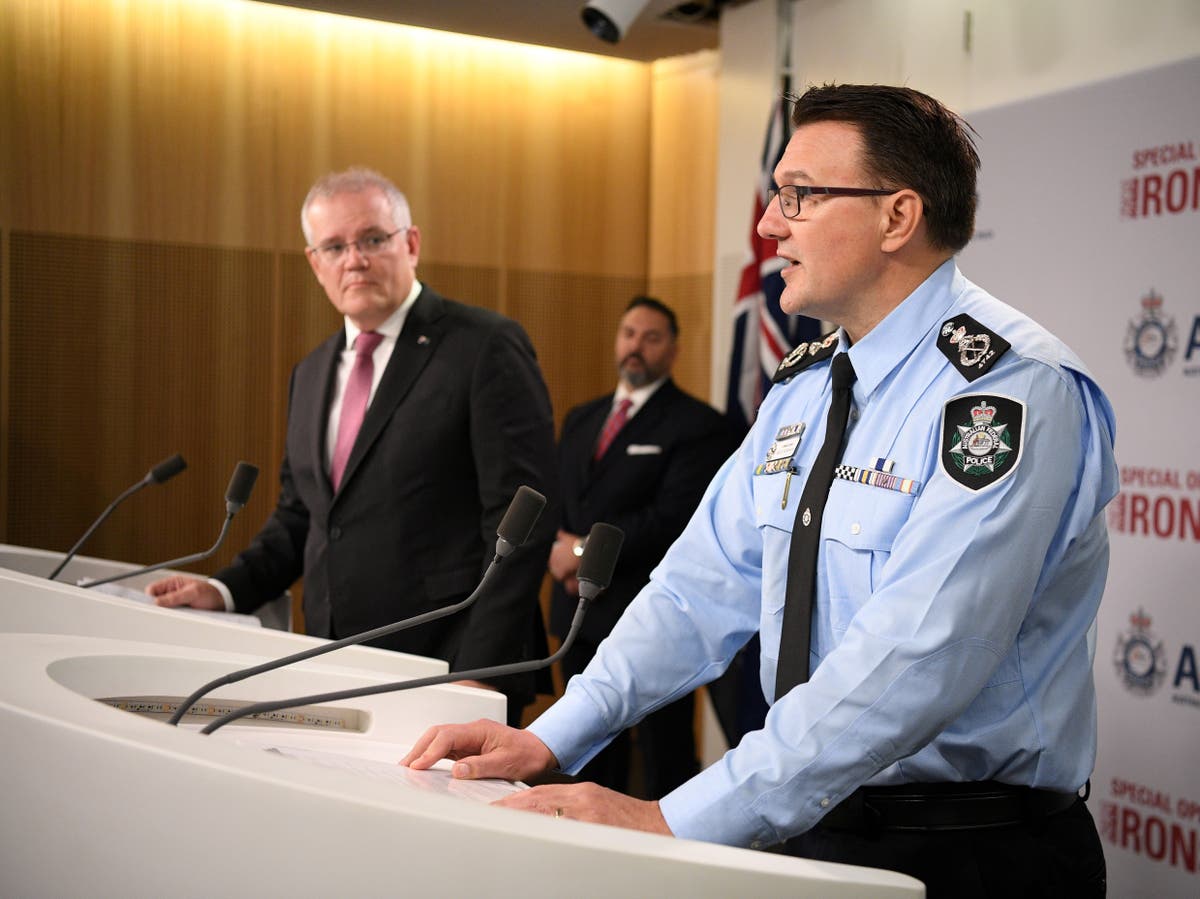