RIVERSIDE COUNTY, CA — The Board of Supervisors Tuesday approved Riverside County Sheriff Chad Bianco’s request to hike the blanket rate charged to 16 cities and other contract entities for the use of patrol deputies and support services.

Temecula, which is a contract city, was prepared for a hike, according to its 2020-21 Annual Operating Budget.

The sheriff department’s 4.74 percent increase is retroactive to July 1, 2020, and is needed to recoup higher costs incurred by the department, according to agency officials. Under the revised rate schedule, the cost of a sheriff’s patrol deputy will rise from $188.95 to $197.90 per hour.

The city of Temecula was expecting expenditures to increase 7.8 percent, according to its 2020-21 budget, which shows the city has 112 sworn deputies.

“Each year, the Sheriff’s Department does an analysis of just its patrol operations and determines real costs effectively through its sheer size,” according to a sheriff’s department statement posted to the board’s agenda. “The fully supported contract law enforcement rates include the entire systemic costs involving the running of a (law enforcement) department.”

The agency acknowledged that the main pressures in the current budget cycle stem from higher “pension obligations and salary increases” obtained by the Riverside Sheriffs Association for the several thousand deputies it represents, and the costs of increased pensions and salary hikes for executive-level personnel represented by the Law Enforcement Management Unit.

Last year’s hike was 5 percent. In 2015, a 7 percent hike prompted an outcry from elected and non-elected officials from Indian Wells, Lake Elsinore, Moreno Valley, Palm Desert and Temecula, who challenged the justification for such a significant upward adjustment. They protested that law enforcement expenses were draining their budgets and should be capped.

The objections led to a two-year assessment of sheriff’s operations conducted by Netherlands-based professional services firm KPMG, at a cost of nearly $40 million. After the company’s audit and recommendations, some sheriff’s management practices were changed, and adjustments were made to deputies’ schedules and assignments at several stations to save money.

However, the KPMG work has been criticized by the Riverside County Grand Jury and other sources as excessively expensive with limited results.

The city of Menifee last year revoked its contract with the county for law enforcement services and formed a stand-alone department.

Cities receive the benefit of helicopter patrols, robbery and homicide investigations, SWAT unit and bomb squad responses without having to foot the bills individually. Contracting entities are further spared the cost of lawsuits stemming from the actions of sheriff’s personnel, according to the agency.

Supervisor Kevin Jeffries pointed out that while there have been strident demands for chopping law enforcement expenses — and even eliminating agencies — the fact remains that most of the public “wants more service.”

“There are folks concerned about deputies’ conduct and training, and, yes, there’s always room for improvement,” he said. “But as our countywide survey goes … they want more deputies, not less.”

He said the unincorporated communities are in particular need of enhanced services.

In addition to hiking deputy rates, the board authorized that all 16 municipalities under contract with the county for law enforcement services be required to pay higher or lower sums for the sheriff’s use of facilities dedicated to servicing the communities.

Officials said heftier bills generally stem from county Department of Facilities Management costs to maintain stations, including lights, waterworks, landscaping and custodial operations. The sheriff initially carries the expenses, then passes them on to the contracting parties, each of which is invoiced in proportion to how much they consume.

However, most cities and community services districts will net savings in facilities charges for the current fiscal year, according to sheriff’s documents.

Tue May 18 , 2021
A new poll found that, despite a summer of protests against the police last year, a vast majority of residents in Portland, Oregon, don’t want to see a decrease in law enforcement presence. According to a survey commissioned by The Oregonian/OregonLive, 75 percent of Portland-area residents said they don’t want […] 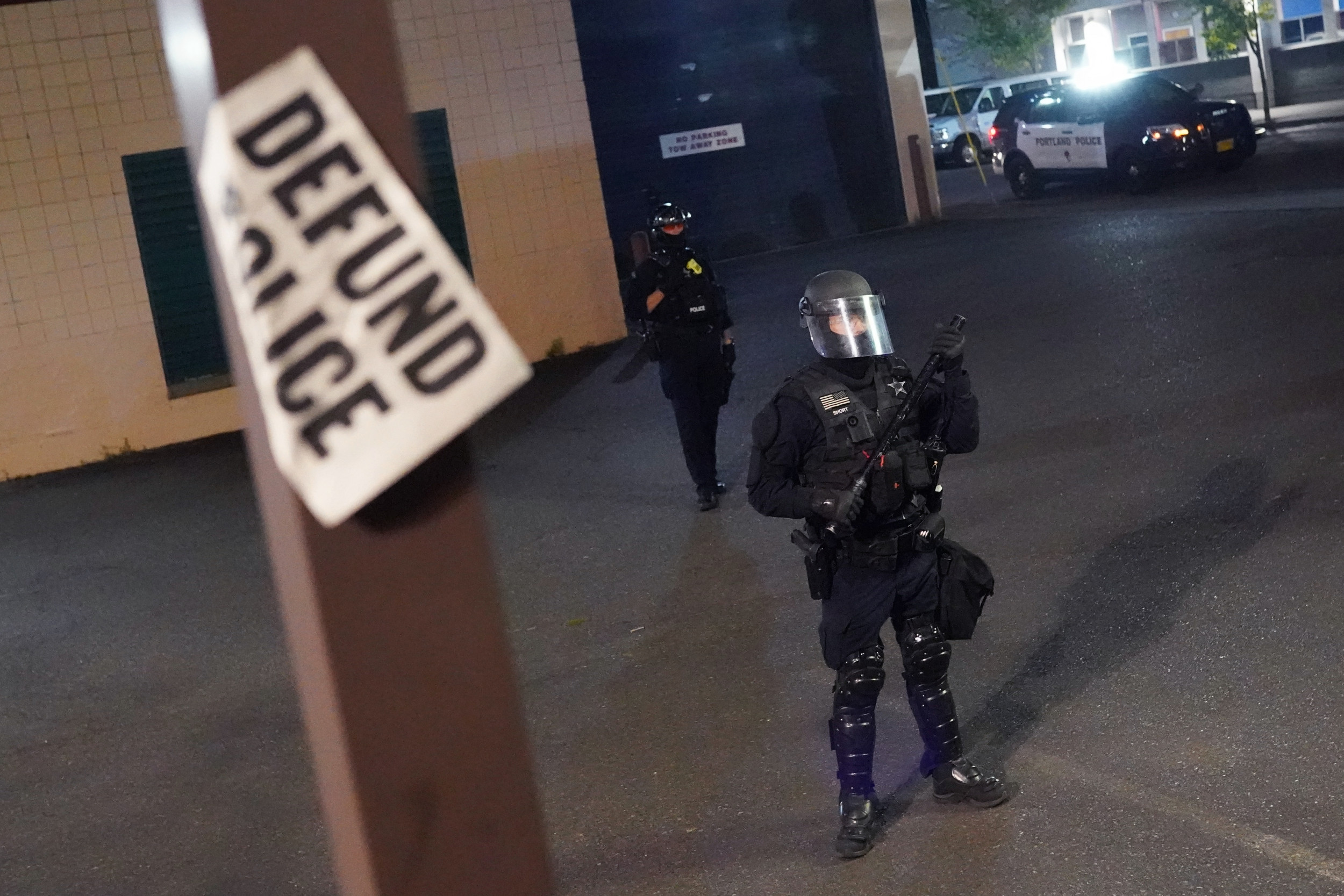