The next time you curse your law school for forcing you to spend 72 consecutive hours outlining the proper resolution of a conflict of laws dispute involving a plane crash on the Four Corners carrying a citizen of New York piloted by the French Ambassador, realize that it could be worse.

Redditor CanDiscombobulated59 posted a horrific story of law school disregard for their well-being that is as shocking as it is… I guess not that surprising? According to the account, the student was hit by a car and seriously injured. “One would think that a school would be compassionate in such a situation, but NLaw proved that I neither mattered to them as a member of the community nor as a basic human being,” the post says.

1. All student loans were pulled. Not scholarships, loans. Private loans written by, you guessed it, Northwestern University. Loans cover tuition AND living expenses… but I guess once you’ve been hit by a car, you might as well be dead. Given the amount of time I had not been working, I was not eligible for state unemployment and, because of COVID, disability applications were taking up to 12 months to be processed. The school showed zero empathy or interest in helping me out, forcing me into crippling medical and credit card debt.

Reddit accounts are difficult to corroborate so take this with all the appropriate salt, but Above the Law did reach out to the school Tuesday morning to ask its reaction to this account. Three full days later, and we’ve heard zero response.

From the school’s perspective, dispersing money for a student not currently attending classes — and one would hope therefore not accruing tuition debt — is understandable, but recognizing the extenuating circumstances, the school could at least try and work something out. Covering living expenses through the next term so the student can work out a better situation would seem to be the least a school could do assuming the school has an interest in seeing the student return to finish studies.

But based on this account, the problem wasn’t that the accident put an end to the semester… the semester kept on rolling!

2. The extension that I was given to submit my final exams (I was injured in the middle of exam period) was rigid for no reason whatsoever. Professors were accepting of a further extension, but the registrar and administrators couldn’t care less.

Death, taxes, and exam deadlines! Why don’t schools trust their professors more? The profs have a keener sense of what’s going on in their classrooms and can much better gauge who needs extensions and who doesn’t. If professors are looking to grant extensions that push the registrar’s envelope, that should be a wake-up call for the registrar that there’s a bigger problem that they aren’t seeing.

3. I was enrolled in a summer class, which I told the Dean of Students I would need to withdraw from because of a concussion resulting from the crash and other medical complications. She encouraged me to try and finish, saying that I could always retroactively withdraw if I didn’t feel I had been able to keep up. I agreed… but when I later reached out to do exactly as she suggested (retroactively withdraw), I was told that she “made a mistake” and that this wasn’t possible. I petitioned this with the dean and the faculty advisory committee, who have the power to grant an exception and allow said retroactive withdrawal; it was denied. My grade in that class, as one can assume, suffered seriously.

Is this an issue spotter? Because I think I see someone with a duty to the student and apparent authority making a promise and then not following through. Under these circumstances, why not wash out the whole semester? Worst case scenario, the school’s just putting the student on the hook for another semester of tuition, which seems like a win for the school. Oh right… because they were yanking the loans.

Unfortunately, that leaves our student at a point where “(a) I can no longer afford to attend law school, (b) I am in so much debt I want to die, and (c) my transcript is completely wrecked, all because the school showed zero compassion after I was hit by a car.”

Had I known that the school was run by administrators who only care about how much money they can suck from you and treat you like trash as soon as you become injured, I would have gone elsewhere.

Well… it’s not entirely clear that going elsewhere would avoid this problem.

That’s not to say every or even most law schools would react to a situation this way, but this kind of laser-focus on tuition bucks at the expense of students isn’t exactly unique. The scenario may be more extreme here, but years of watching law schools hike tuition to pay six-figure salaries to ever-expanding legions of staff washed away my faith that programs look very far past the bottom line. Does a school really need an Assistant Associate Dean of Law School Outdoor Intramural Ultimate Frisbee? Ours is not to reason why, ours is to keep paying tuition.

I really hope this story isn’t true. I’m worried that it is.

Mon May 3 , 2021
A Bronx judge went rogue on Sunday and ordered the accused Riverdale synagogue vandal held on $20,000 bail — even though prosecutors insisted the man had to be sprung under the state’s controversial bail-reform laws. Jordan Burnette, 29, was hit with 42 charges, including a number of hate crime-related offenses for allegedly […] 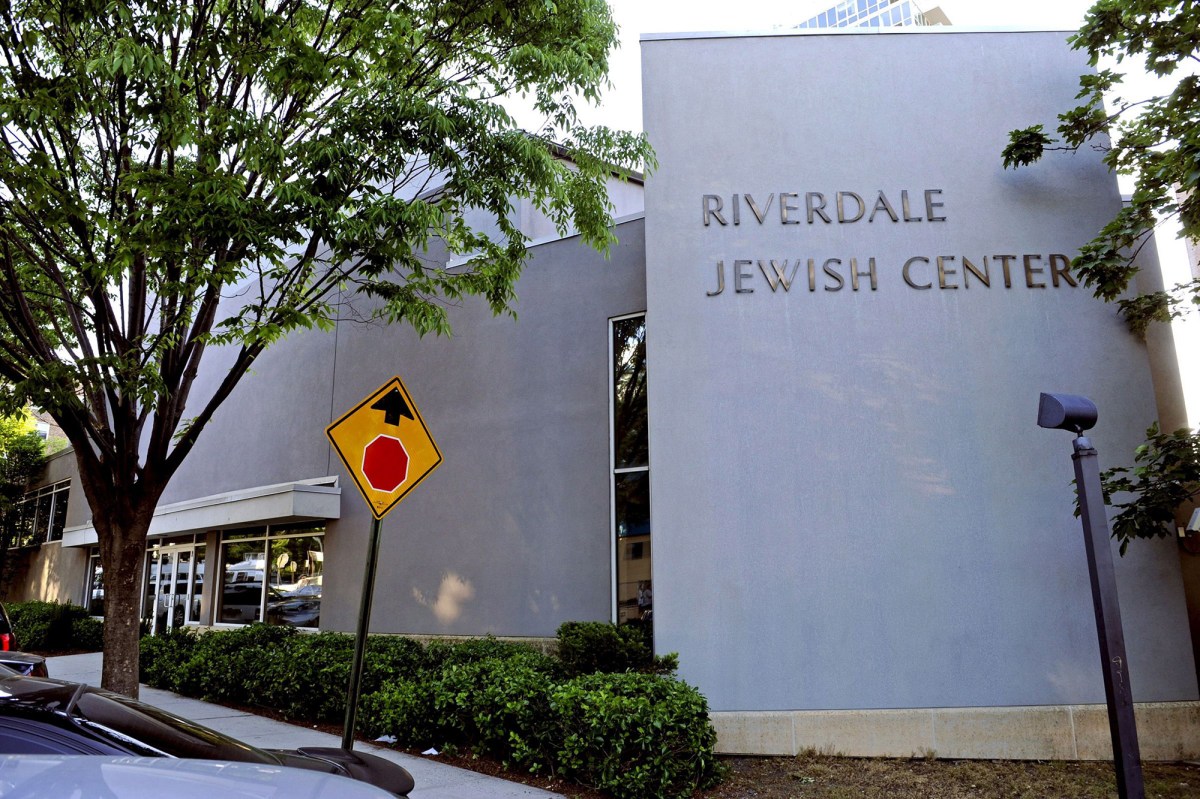