A white nationalist from Bennington, accused of illegally possessing high-capacity ammunition magazines and repeatedly violating the conditions of his release, was back in court Tuesday for allegedly violating a court order by contacting a witness in that case.

And Max Misch was again released from court on the same conditions.

Misch, 38, pleaded not guilty in Bennington County Superior criminal court to the latest charge of violating the conditions of his release — conditions that were set in February 2019, when Misch was accused of illegally possessing high-capacity ammunition magazines.

Misch is the first person charged with violating that law, which took effect in April 2018. It was part of sweeping gun-control legislation enacted in response to a thwarted alleged plot to shoot up a school in Fair Haven.

Assistant State Attorney General Paul Barkus, the prosecutor in the case, argued during Tuesday’s video court hearing that $200 bail be set for Misch, the highest amount allowed under law for the misdemeanor offense.

“It’s not easy to violate a simple condition requiring you not to speak to someone,” Barkus told Judge Cortland Corsones.

Susan McManus, a public defender representing Misch, responded that her client was not a risk to flee Bennington, where he has lived for the past six years.

She added that Misch “adamantly” denied the allegations leading to the latest charge against him — contacting his ex-wife at Walmart on Friday.

“Simply violating a condition of release doesn’t give rise to risk of flight from prosecution or avoiding appearing in court,” McManus said.

Corsones rejected the prosecutor’s request to set $200 bail for Misch.

“The court can only impose bail if it’s necessary to avoid flight from prosecution,” the judge said, noting that Misch has not missed any previous hearings in the cases against him.

The Vermont Attorney General’s Office brought two charges against Misch in February 2019, alleging he illegally possessed high-capacity magazines despite a new law banning them. He faces up to one year and a $500 fine on each of the misdemeanor counts.

According to a police filing, Misch and his ex-wife, Lisa Shapiro, went just over the Vermont border to a store in Hinsdale, New Hampshire, on Dec. 1, 2018, and bought two 30-round magazines. The new Vermont law made it a crime to possess a magazine larger than 15 rounds for handguns and 10 for long guns.

Police said they later searched Misch’s apartment in Bennington, found the two magazines, and then charged him. He pleaded not guilty.

A month earlier, in January 2019, Vermont Attorney General TJ Donovan announced that he would not bring charges against Misch, or anyone else, for racial harassment of Kiah Morris. Morris had been the only Black woman in the state Legislature when she decided to resign in the summer of 2018, citing in part the racial harassment.

Donovan did not file charges against Misch at that time, claiming broad First Amendment protections.

The magazine charges against Misch have been working their way through the court for more than two years, including a Vermont Supreme Court decision upholding the constitutionality of the charges.

Misch has also picked up new charges that he repeatedly violated the conditions on which he had been released. One alleges he left Bennington; another accuses him of purchasing a firearm. Neither was allowed in his release conditions. Misch has pleaded not guilty to those charges, which remain pending.

Misch also faces two unrelated misdemeanor counts of disorderly conduct, with one being a hate crime — allegedly hurling racist slurs during an altercation with a Black man on a Bennington street. The other disorderly conduct charge alleges he caused a public disruption in late August 2020 while a Black Lives Matter mural was being painted in downtown Bennington.

Misch has pleaded not guilty to both charges.

Despite all the charges, Misch has avoided the imposition of cash bail that could send him to jail while the cases against him are pending.

The latest charge stems from an incident Friday afternoon at the Walmart in Bennington.

The charge carries a maximum penalty of six months in jail and a $1,000 fine.

Demonstrators recall being kettled by law enforcement during DC protests

Wed Jun 2 , 2021
Some of the approximately 200 people who police penned into a block of Swann Street NW last year, trapping them for hours, gathered Tuesday night at Black Lives Matter Plaza in D.C. to remember what happened a year ago. A group of people who participated in last year’s protests in […] 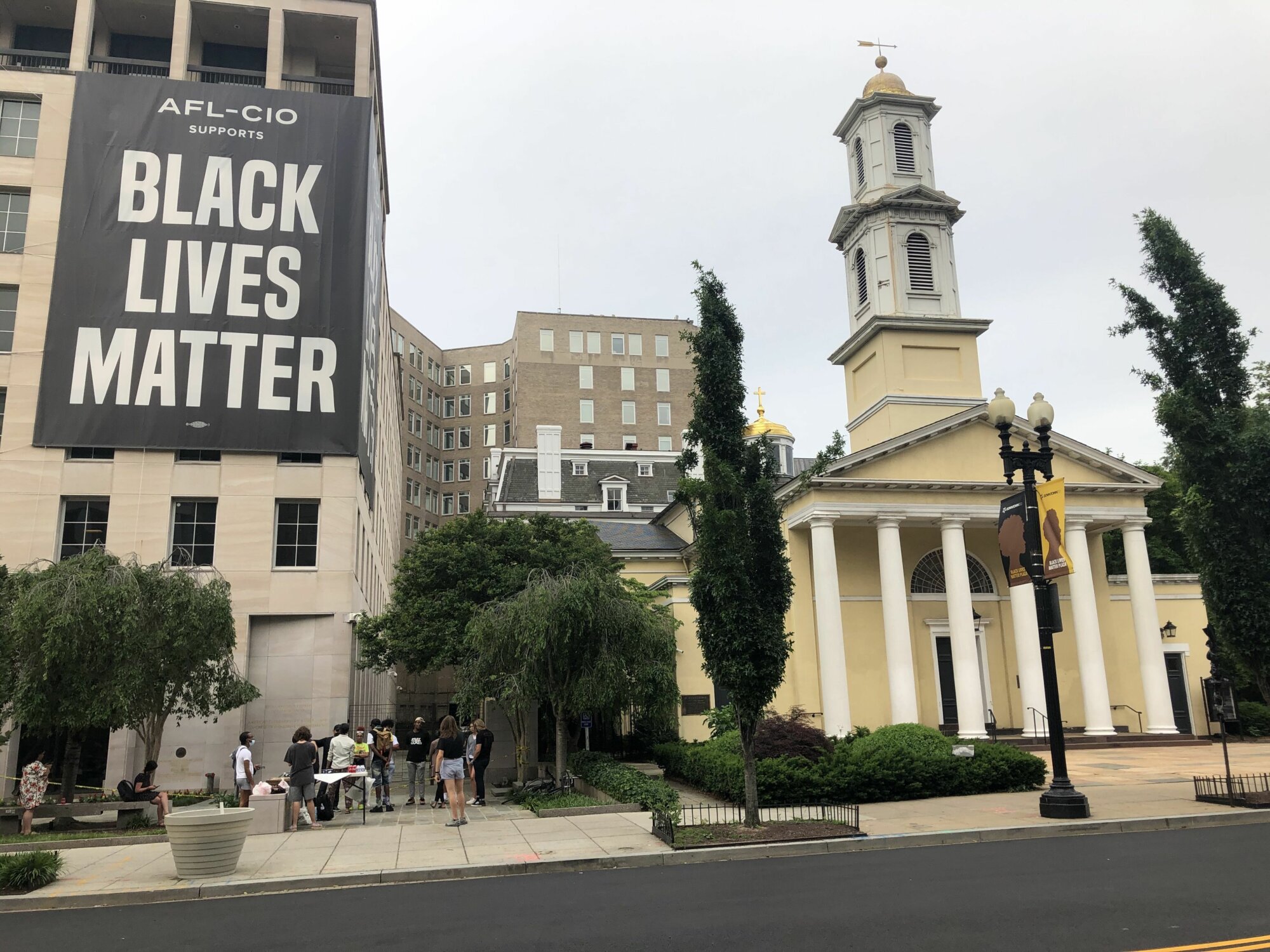