A recent federal court decision applying Delaware law, Partner Reinsurance Co. Ltd. v. RPM Mortgage, Inc., 2021 WL 2716307 (S.D.N.Y. July 1, 2021), explores some rare contractual territory—i.e., the question whether, in the absence of consent, a valid assignment may be made by a party of its rights to pursue a claim for damages for breach of a merger agreement, notwithstanding an anti-assignment clause that declared “void” any assignment of “any or all of” such party’s “rights under” that merger agreement. Surely, some might say, the right to claim damages for a breach of a contact is a “right[] under” that contract and would accordingly be prohibited by such a broad anti-assignment clause. Not so says the United States District Court for the Southern District of New York; and, in case you were wondering, this holding is consistent with long standing law concerning the scope of even the broadest anti-assignment provisions.

An important component of buy-side diligence is identifying the target’s material contracts that contain anti-assignment or change-of-control clauses, evaluating whether the proposed acquisition will trigger any of the identified clauses, and determining the consequences of proceeding with the proposed acquisition in the absence of consent if the clause is in fact triggered. Many times, there are structuring alternatives to avoid triggering the identified clause —i.e., in the absence of a change-of-control clause, a stock purchase or reverse merger may be a means of structuring the transaction so there is no actual assignment of the contract at all.[1] And sometimes, the consequence of triggering the clause is not a void assignment or a terminable contract, but simply a breach of contract with limited or no real damages. But when there is an unquestionable assignment occurring, and the anti-assignment clause declares any assignment triggered by the clause to be void, are certain assignments of rights related to a contract nonetheless outside the scope of that anti-assignment clause?

Partner Reinsurance did not involve an anti-assignment clause in a target contract. Instead, Partner Reinsurance involved an anti-assignment clause in a merger agreement between a potential buyer, RPM Mortgage, Inc. (“RPM”), and the target, Entitle Direct Group, Inc. (“Entitle”). But the legal principles involved in resolving this case have potential applicability in both diligence and deal structuring generally.

In Partner Reinsurance, the merger between Entitle and RPM failed for reasons that were disputed, but Entitle terminated the agreement while apparently preserving its right to sue for damages based on alleged breaches by RPM. Thereafter, Entitle entered into and closed an alternative merger with a third party in which Entitle was the surviving company. But as part of making that alternative merger deal, one of the shareholders of Entitle, Partner Reinsurance Company Ltd. (“Partner Re”), bargained to retain any claim Entitle had against RPM for the original failed merger agreement. Because that claim belonged to Entitle, as the party actually harmed by the failed merger (as opposed to its individual shareholders), Partner Re obtained an assignment from Entitle when the merger with the third party closed that “assign[ed] to Partner Re the exclusive right to pursue any claims [Entitle] may have in respect of [the failed merger agreement].”[2]

When Partner Re sued RPM for damages arising from the failed merger agreement between Entitle and RPM, RPM sought to dismiss the case because “Partner Re lack[ed] contractual standing to pursue [the] action.” In other words, RPM argued that the purported assignment by Entitle of its rights to pursue damages for RPM’s alleged breach of the failed merger agreement was ineffective because of the anti-assignment clause set forth in the Entitle/RPM merger agreement. Note that RPM did not challenge the merger between Entitle and the third party because Entitle survived that merger—i.e., the merger was a reverse merger.

The anti-assignment clause in the Entitle/RPM merger agreement read as follows:

The Entitle/RPM merger agreement was governed by Delaware law; thus the scope of its anti-assignment clause was determined by applying Delaware law. While “Delaware courts recognize the validity of clauses limiting a party’s ability to subsequently assign its rights,” they “generally follow the approach of the Restatement (Second) of Contracts § 322(2)[a] (1981).” And, “[t]hat section provides that ‘[a] contract term prohibiting assignment of rights under that contract, unless a different intention is manifest, … does not forbid assignment of a right to damages for breach of the whole contract or a right arising out of the assignor’s due performance of his entire obligation[.]’” As noted by the court, this rule has been applied by “[c]ourts across the country … to permit assignments of claim[s] for damages even where the relevant parties’ contract includes a clear prohibition on the assignment of rights or duties.”

Thus, because Entitle had assigned to Partner Re only its claims for damages arising from the alleged breach of the failed merger agreement by RPM, the assignment “was unaffected by the Merger Agreement’s anti-assignment clause.” Interestingly, the court noted that there is a distinction between claims for breach of contract, which are not considered “rights under” a contract, and claims for payments to be made under a contract prior to a breach, which are considered “rights under” a contract. The bottom line: if you wish to restrict assignment of claims for damages arising from breach of contract (and even other rights that arise following full performance by a party under a contract), you have to be explicit in your anti-assignment clause regarding such rights; and a mere restriction on the assignment of “any or all rights under the contract” lacks the required explicitness.[3]

The second rule is one that is frequently overlooked. But, when this rule is recognized by the applicable jurisdiction, it can provide potential structuring flexibility. The second rule states that a contractual provision that prohibits the assignment of rights under the contract, without more, does not render an assignment made in violation of that clause ineffective; instead, such a clause only permits the other party to sue for damages for a breach of that clause.[5] The second rule thus distinguishes between the power to assign and the contractual right to assign; if the power to assign is restricted, then no assignment in violation of that provision can occur, but if only the right to assign is restricted, then an assignment in violation of that provision gives rise to a breach of contract.[6]

When faced with drafting an anti-assignment clause, it is obviously important to draft clearly to cover what the parties intend to cover; and when faced with interpreting an anti-assignment clause drafted by others it is likewise important to read carefully the words the parties chose to express their intent in the contract. But reading or drafting clarity is not enough. It is also important know how the courts have interpreted similar clauses and what additional words are sometimes required to accomplish your objectives, as well as what the absence of those words may mean as you are considering structuring alternatives in the face of an anti-assignment clause lacking those words.

US troops refusing the COVID-19 vaccine: What happens to them?

Tue Aug 10 , 2021
Once vaccines for the novel coronavirus (COVID-19) become mandatory, U.S. service members could face a range of punishments including administrative separation and court-martial for refusing to get inoculated, legal experts said. Defense Secretary Lloyd Austin plans to ask President Joe Biden by mid-September for a waiver that would allow the […] 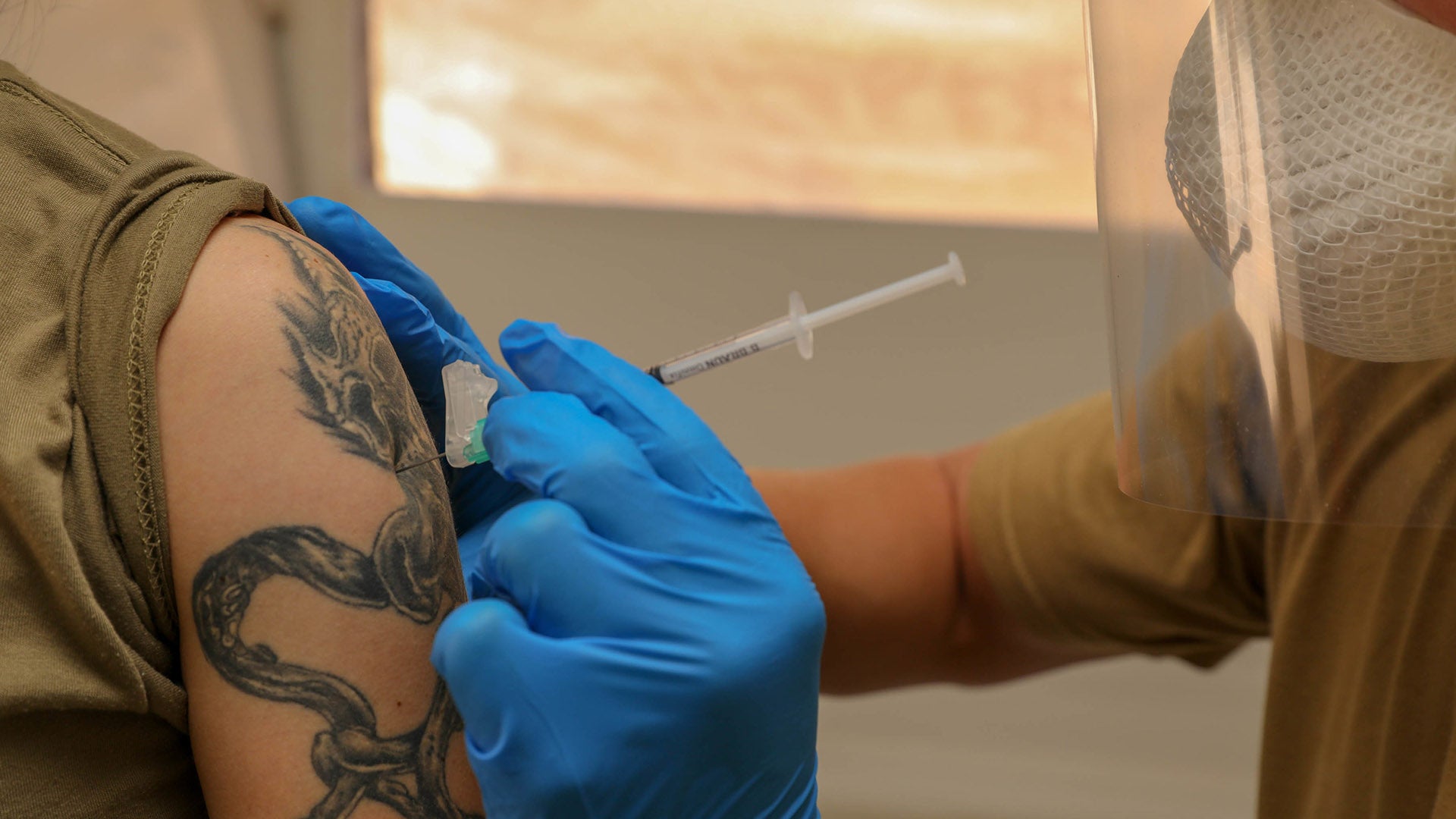