Breach of contract means non-compliance with a contractual obligation.

When determining breach, German law does not distinguish between material and non-material breaches. Even minor breaches may give rise to damage claims (if the injured party can prove causation). Some remedies, however, require that the breach crosses a certain materiality threshold. This may be true, for example, with the right to terminate a joint venture agreement for cause.

The burden of proof for breach is largely on the claimant’s side. As a rule, the claimant must prove and establish breach, damage, and causality. If breach is established, however, it is upon the defendant to prove absence of fault. In addition, depending on the specific issue at hand, claimants may be able to rely on various types of prima facie evidence or factual presumptions from case law or statutory law. Such presumptions may, for example, apply where claimants seek to establish that specific purchases of theirs were affected by cartel infringements, a subject matter that is addressed in a growing body of case law and may be further developed in the upcoming competition law reform.

German law provides numerous possible defences against breach of contract claims. A few are discussed below by way of example. Some of these defences will be considered by courts ex officio; others must be explicitly raised by the defending party.

The latter is true for the assertion that a claim is time-barred. The general limitation period is three years and begins at the end of the year in which the claim arose and the obligor became aware of the facts giving rise to the claim. Even if the obligor does not become aware of these facts, claims become time barred 10 years after arising.

Limitation periods can be suspended in particular if the parties are negotiating about the respective claim, or if one party has commenced court proceedings (whether at the state courts or in arbitration). For cartel damage claims, the limitation period is suspended as long as antitrust authorities are investigating the matter.

To avoid unnecessary disputes about what actions constitute negotiations, parties can explicitly agree on extending limitation periods to find time for amicable solutions. Otherwise, as a party cannot be forced to negotiate, taking the dispute to court will usually be the only way to guarantee suspension of the limitation period.

When claiming for breach, claimants must establish (and, if necessary, prove) that there is a contract. Defendants may then argue that the contract is invalid as a matter of law. There are several reasons why this could be the case – including lack of proper representation of one party at contract formation, breach of formal requirements, or breach of public policy.

If argued successfully, impossibility will free defendants from their performance obligation. Whether they are liable for damages is a different matter, and a question of contractual risk allocation. Damage claims for monetary compensation are not affected by the impossibility defence. In other words: a party may not escape damage claims by arguing that it has no money, unless it is ready to file for insolvency.

Mon Feb 8 , 2021
A former Stanford law professor who poked fun at Barron Trump’s name during a 2019 House impeachment hearing now has a job with President Biden’s Department of Justice. Pamela Karlan, who was co-director of Stanford’s Supreme Court litigation clinic, will now serve as principal deputy assistant attorney general in the […] 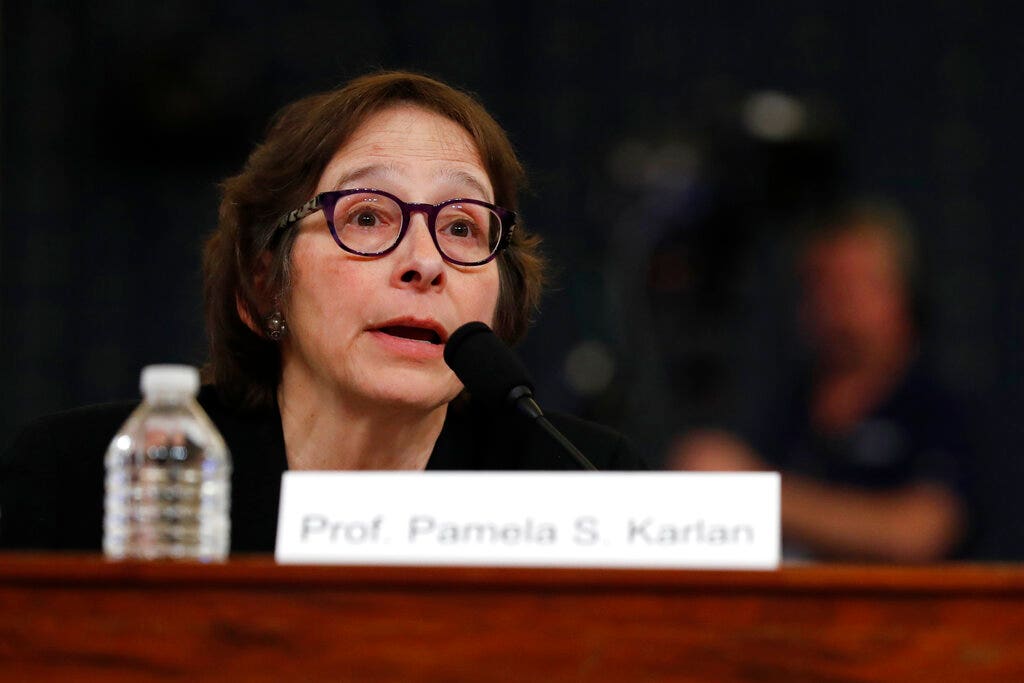