BEVERLY — Residents and public officials expressed strong support for BevCam during a public hearing on Thursday as the local cable TV public access corporation seeks more funding for its operations.

A total of 18 people praised BevCam during the remote hearing, which was held by the city of Beverly’s Cable TV Advisory Committee.

“BevCam is the critical lynchpin that helps keep this community informed,” said Brenda Murphy, president of Beverly Main Street’s board of directors.

The public hearing is required as part of the city’s negotiations with Comcast on a new contract to provide cable TV service in Beverly. The current 10-year deal expires on May 3. Mayor Mike Cahill must approve the contract.

William Hewig, a lawyer hired by the city to conduct the negotiations, said the discussions are mainly over how much Comcast will pay to fund BevCam, a nonprofit that televises community events and public meetings and assists citizens in producing their own programs. Hewig said many of the complaints that people have about cable services — such as costs, programming, and the lack of competition from another cable provider — are not under the city’s control by law.

“We can hear your complaints, but we can’t act on that,” he said. “The good news is that we can get increased financial support for public access in the city of Beverly.”

Cable companies are required by law to fund local access channels in exchange for the right to use city property such as utility poles for their infrastructure. Under the current contract, Comcast pays 2.9% of its Beverly revenues to fund BevCam. That amounted to $400,000 in 2019, according to BevCam Executive Director Walt Kosmowski.

The company is allowed to pass along that cost to subscribers through a “franchise fee” on their monthly bills. The fee, which varies from month to month, was $2.84 for March.

At the public hearing, speakers praised BevCam and Kosmowski for their coverage of community events, which many said has been especially meaningful during the pandemic. City Councilor Dominic Copeland said BevCam’s coverage of Beverly High basketball games allowed his son’s grandmother to watch the games from the safety of her home.

“That’s the magic of BevCam,” Copeland said. “We want to keep that magic going.”

Sean Fitzpatrick, a media production teacher at Beverly High School, where BevCam is located, said the company is an “invaluable resource” for students to learn the business of media production and produce their own programming.

“Last year they helped us pull together a series of student documentaries about community organizations,” Fitzpatrick said. “BevCam lifts up voices that might otherwise not be heard.”

A spokesman for Comcast said Friday that the company is looking forward to reaching an agreement with the city in the coming months.

Staff writer Paul Leighton can be reached at 978-338-2535, by email at [email protected], or on Twitter at @heardinbeverly.

Sat Mar 27 , 2021
Arkansas Gov. Asa Hutchinson on Friday signed into law legislation allowing doctors to refuse to treat someone because of religious or moral objections, a move opponents have said will give providers broad powers to turn away LGBTQ patients and others. The measure says healthcare workers and institutions have the right […] 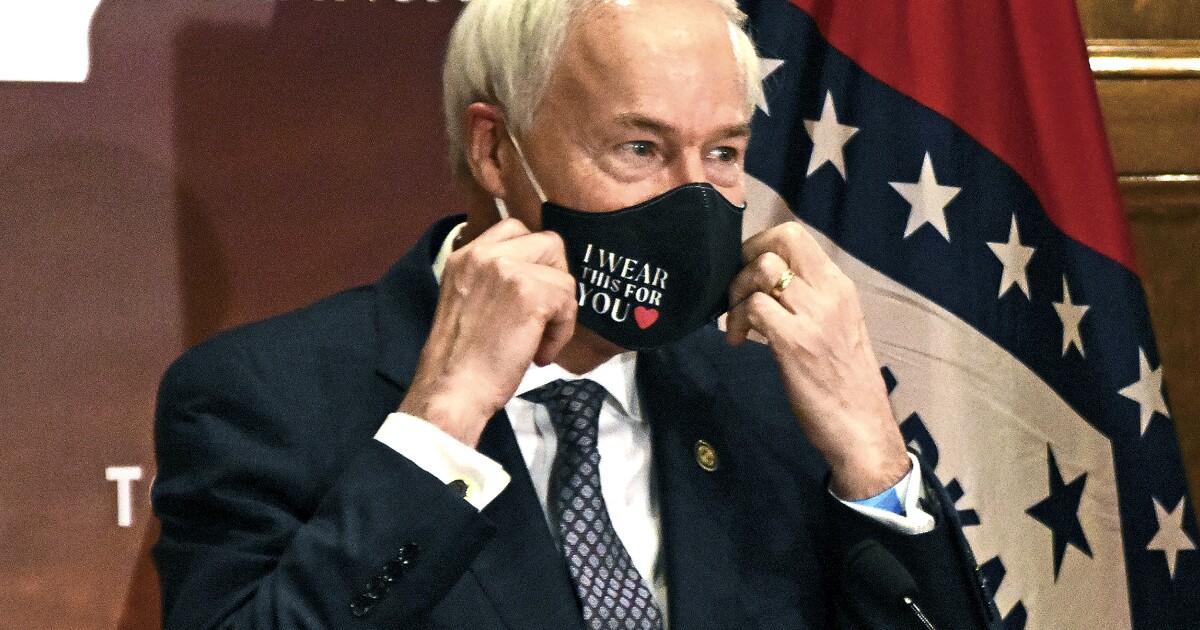