SHARON – The latest effort to broker a contract agreement between Sharon City School Board and the district teachers’ union has met with failure.

Calla said the school board will officially reject the report at its meeting Monday.

The split moves both sides closer to the possibility of a strike. A state law passed in 1992, allows teachers to strike in Pennsylvania, but places restrictions on the action.

Unions must give 48 hours notice before launching a strike. Even then, the law allows initial strikes to last only as long as districts can still have 180 instructional days by June 15 or the final school day, whichever comes first.

Sharon’s final school day this year scheduled for June 3, which effectively prevents a strike — the district has no scheduled days off, except for Memorial Day.

Teachers can hold a second strike, but it would have to end in time for students to have 180 instructional days by June 30.

The board and teachers began negotiations with the board in January 2020 and have worked without a contract since July.

In a press release, the teachers association said the fact-finding report represented a compromise between the union and district.

The main sticking points for both the union and school board are salary and healthcare.

“Basically, it was the consensus of the board that the report is not fiscally responsible for the taxpayers,” Calla said.

Wenger said the association had hoped for larger pay increases to maintain Sharon teachers’ salary levels relative to other county school and support efforts to attract and retain highly qualified teachers in the district.

“We had to look at the entire report and vote on the total package,” Wenger said. “In reviewing the entire report, we felt it was a practical settlement with both parties having to give and take.”

The fact-finding report was issued two weeks after a formal hearing during which the Sharon Teachers Association and school board presented their proposals and supporting evidence.

Association representatives said they oppose the district’s proposal because it would significantly increase the employees’ monthly health insurance payments. Instead, the union said it wants to keep the preferred providers organization, which offers access to a network of medical providers at a reduced cost.

The fact-finders sided with the association on health care, stating, “It appears that no other district in the county has a QHDHP,” and “the level of funding proposed by the district is below that of other nearby districts that are outside the county.”

For the issue of salaries, the fact-finders landed in the middle. They proposed a 2% salary increase each year.

Calla said if the board formalizes its rejection vote, it is prepared to go back to the negotiations table.

“We’ve actually extended a number of dates for future negotiations,” Calla said. “Now we know specifically what the issues are, maybe we can make progress moving forward.”

He said teachers could decide to strike, but he hopes it does not come to that.

“I would certainly hope, given the year and a half our kids have had with COVID, that wouldn’t be an option they’d apply,” Calla said.

Sharon teachers have not gone on strike since the late 1970s.

“Unfortunately, a strike doesn’t benefit anybody. It hurts the students and the climate of the district.” Calla said. “My hope is that the board and association come to some kind of consensus.”

Thu Apr 15 , 2021
Texas Senator Ted Cruz and other members of a Republican delegation attend a press conference after a tour around a section of the U.S.-Mexico border on a Texas Highway Patrol vessel in Mission, Texas, U.S., March 26, 2021. REUTERS/Go Nakamura WASHINGTON (Reuters) – Five Republican senators introduced a bill on […] 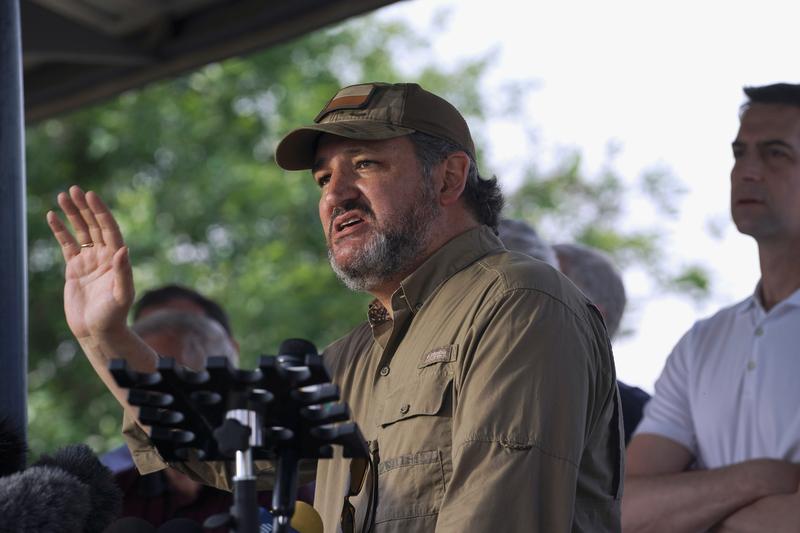