ADRIAN — The superintendent of a school district on the Oregon-Idaho border was dismissed last week during a special meeting to consider his contract, where more than 100 community members attended.

The reason for the dismissal was not given by the Adrian School Board or former superintendent Kevin Purnell in the open session that followed the nonpublic executive session to discuss Purnell’s contrac.

However, many community members and school employees who knew ahead of time about the situation, contacted the Argus Observer anonymously in fear of backlash from the board. They said Purnell was going to be fired because he was going to enforce Gov. Kate Brown’s mandates as they relate to COVID-19.

Following a 4-to-1 vote to dismiss him, with Eric White being the lone nay vote, Purnell spoke to the community members who attended.

“Some of you are here to support me, some of you are here to make sure the board follows through with this termination,” he said. “Either way, I understand the passion on both sides. This community of people with deep convictions, you love your school and your children. I would like to thank the board for their commitment to the school and the children here; you do not have an easy job.”

Purnell stated that he “failed to communicate clearly on occasion,” but did not state what that communication was about.

“The last 18 months I conclude I have struggled trying to follow my own convictions and trying to please all sides,” he said. “This has lead to frustration. I understand that, I really do.”

The COVID-19 pandemic began to impact schools about 18 months ago, with the first local closures having been announced on March 15.

Purnell said through tears that he had “become tired of disappointing myself, my family, my friends (and) my colleagues.”

He added the situation with him and the board had become a distraction and it was time for him to step aside.

Adrian High School Student Body President Lizzy Nielson, who attended the meeting, said after the meeting, while she “respects the board’s decision,” she is “torn over,” whether they made the right decision.

She said that to her Purnell was “a good example and role model,” and that “he was trying to follow the law.”

The Argus Observer received many anonymous tips in the days before the meeting regarding the board’s intention to release Purnell, with all of those who called stating that he was being forced to resign for enforcing mandates.

“They are not happy he is following the law,” one said. “The board wants Purnell to go rogue — they don’t want masks or vaccinations for teachers.”

One person stated that masks are a personal choice, but when it comes to upholding the state law as an educator, it shouldn’t be a question.

“Our job is to keep everyone alive. We don’t want people sick. We don’t want to send the kids home, and if Brown says we don’t have a choice, no matter how crazy I think that is, we should still uphold the law.”

While things had mellowed out all summer, one said as soon as kids were back in school and the second Brown announced COVID-19 mandates for education, “the fight started again.”

Another person said the decision to terminate Purnell’s contract, came after his recent announcement that the school would be complying with the new mandate that students wear masks in school.

“The school board (comprising Ryan Martin, Edward Kinkade, Bobby Davis, Quentin Shenk, and White), believes that students should not have to wear masks to school and is willing to remove anyone who says otherwise,” stated the tipster.

Purnell was aware that choosing to ignore the mandates would place the school at risk for lawsuits, and for losing insurance, accreditation and funding from the state, said the tipster. Further at risk is that teachers and administrators, who risk losing their license to work in Oregon, according to the tipster.

To fire a school employee for upholding the law is “morally reprehensible but also highly illegal and puts the district at an even higher risk for financial loss.”

There is also fear, they say, that those who showed support for following mandates, as Purnell, are now at risk of losing their jobs.

‘Schools could still be sued’

If enforcing state mandates is indeed the reason for dismissing the superintendent, the Adrian School District could be treading into liability territory.

According to information published by the Oregon School Boards Association in December 2020, the Oregon Legislature passed House Bill 4402, which “incentivizes schools to closely follow state safety protocols by tying them to protection against budget-crippling lawsuits.”

It’s noteworthy that protection from liability from such lawsuits from COVID-19 was no longer able to be purchased as of last summer.

Oregon’s House Bill 4402, which passed in a single day in December 2020, and which Brown signed into law on Dec. 23 states that “public and private schools cannot be held liable as long as they are following the state’s and Oregon Health Authority’s guidelines. Schools could still be sued for reckless or intentional misconduct,” according to the association.

The information states that the law applies to COVID claims brought during the related state of emergency, which Brown has extended multiple times, and which is still in effect.

The information further states that the law allows enhanced protections for whistleblowers “so people working with schools can speak up if a school fails to follow the rules.”

Sat Sep 4 , 2021
Max Verstappen has escaped punishment for overtaking Lance Stroll under red flags during FP2 at the Dutch Grand Prix. A technical issue caused Lewis Hamilton’s Mercedes to stop on track while Verstappen was on a quick timed lap, with the Red Bull driver passing the slow car and a number […] 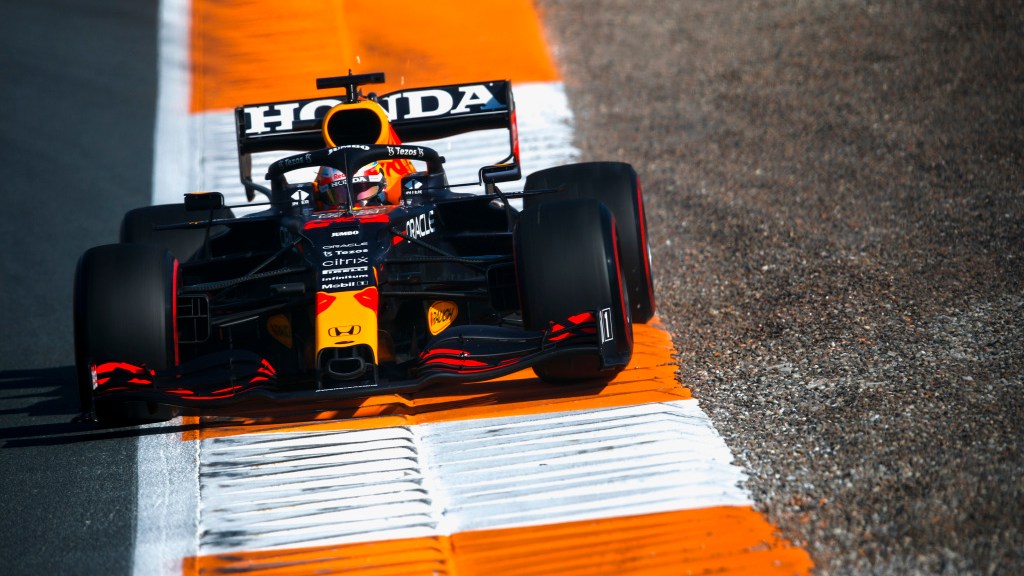