Superintendent Christy Perry told school board members Tuesday the district has decided not to renew its contracts to station 11 police officers in local schools, nearly a year after local activists began pushing for a change.

Protestors rallied outside of the Salem-Keizer school district offices on Thursday, June 18 to urge the district to cancel their contract for police officers in schools. (Amanda Loman/Salem Reporter)

The Salem-Keizer School District will no longer contract with local police departments to station officers at district schools, Superintendent Christy Perry told the school board at a meeting Tuesday night.

The decision comes 10 months after activists and community members, led by youth group Latinos Unidos Siempre, began pushing the district to end its contracts, which stationed 11 police officers at middle and high schools across the district at the cost of about $1 million per year. They said the presence of officers made students of color feel unsafe and contributed to a system where Black and Latino students were funneled into the criminal justice system.

Those calls led to a student task force Perry convened to make recommendations about the future of police in schools, which became another site of conflict after student members of Latinos Unidos Siempre walked out. Perry and district leaders then began surveys and discussions with educators and community groups to discuss the future of the district’s disciplinary practices and the presence of police in schools.

Perry cited the concerns students of color raised in announcing her decision.

“Many of these students have told us time and again that the presence of armed police officers negatively impacts their mental health and is a barrier to them developing a strong sense of belonging,” Perry said.

She said there has been “mission creep” from a program originally envisioned to strengthen relationships with young people.

“Due to expanded responsibilities of the (school resource officers), officers have been spread too thin to actually create strong relationships with the majority of our students,” she said.

Perry said the decision doesn’t preclude future contracts with law enforcement agencies over duties such as investigating child abuse or responding to threats at schools. Supporters of the school resource officer program have cited those duties in public comments to the board as reasons for keeping officers in schools.

The decision drew strong pushback from some school board members Tuesday, who cited feedback from parents they’ve received about the benefits of officers in schools in recent months. Comments to the school board since activists raised the issue over the summer have been more in favor of removing officers from schools, but a substantial minority have supported keeping the program as-is or making modifications without removing officers.

“I heard from so many parents where my child was being bullied and it was an officer in the school that actually saved their life, I mean they didn’t commit suicide … because that officer was there,” board Director Marty Heyen said.

The decision comes about a month before middle and high school students are set to resume in-person classes in local schools two days per week. Perry previously decided to suspend contracts with the Salem Police Department, Keizer Police Department and Marion County Sheriff’s Office for the school year to allow for time to decide on a path forward.

Perry said district leaders will now focus on discussions with students, parents, families, educators and community groups about “how we can create schools that are emotionally, physically, and psychologically safe for all students that involve a different relationship with law enforcement.”

A transcript of Perry’s full remarks is below:

“I need to acknowledge that the decision about the role of law enforcement in schools and the ongoing discussion about school safety has taken longer than any of us would have liked. It has been nearly a year of dialogue with our Salem-Keizer community that has led to this moment and the conversation will continue for the next several months.

While the process has taken longer than I would have wanted, this time has given us the opportunities to have conversations with students, families, educators including school leaders and community members. In all of these conversations, people have repeatedly expressed the desire to have schools where all students feel included, have a strong sense of belonging, and have physical safety and security. I truly believe that it is within our collective power to create school communities that ensure physical and emotional safety.

For some people, school safety is intertwined with school resource officers. The SRO model was originally created following a national model that is predicated on the ability to develop strong relationships between officers and students that are forged with daily contact across a variety of settings. However, over time, the role of the SRO in the school district has experienced mission drift and has resulted in an SRO program that does not follow the national model of SRO’s. Due to expanded responsibilities of the SRO’s, officers have been spread too thin to actually create strong relationships with the majority of our students.

We have also heard from many of our students and parents of color that the presence of armed police officers in schools can result in emotional and psychological harm that makes them feel unsafe in our schools. Many of these students have told us time and again that the presence of armed police officers negatively impacts their mental health and is a barrier to them developing a strong sense of belonging.

It is for these reasons that I have decided to not renew the School Resource Contract. Making this decision at this point in time allows us to begin to imagine how we can create schools that are emotionally, physically, and psychologically safe for all students that involve a different relationship with law enforcement. We will continue to engage our students, families, community partners, staff, and administrators, in this important dialogue.

Salem Reporter counts on community support to fund vital local journalism. You can help us do more.

SUBSCRIBE: A monthly digital subscription starts at $5 a month.

GIFT: Give someone you know a subscription.

Wed Mar 10 , 2021
Clark County criminal justice and law enforcement officials are managing the impacts of a recent Washington Supreme Court ruling that found the state’s felony drug possession law to be unconstitutional. Meanwhile, they’re contemplating what the change means for policing and people suffering from substance addiction. With the new ruling on […] 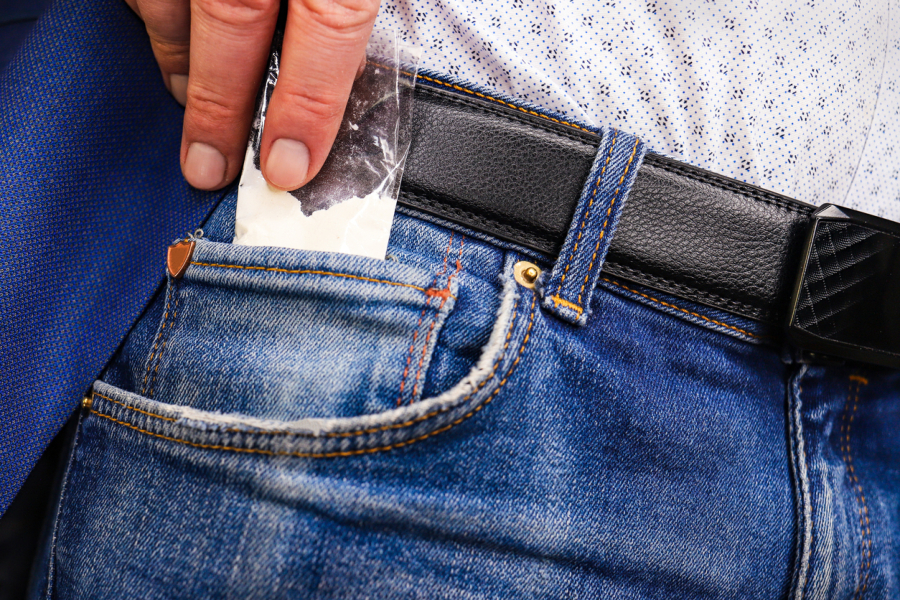