“Like the Swiss Army Knife, the popular AR-15 rifle is a perfect combination of home defense weapon and

In another section, he downplayed the risk of an assault rifle being used in a mass shooting as an “infinitesimally rare event.” He added: “More people have died from the Covid-19 vaccine than mass shootings in California.”

Benitez has consistently ruled against California’s gun control laws by using these sorts of attention-grabbing analogies. In a March 2019 ruling against the state’s limits on large-capacity magazines, Benitez opened with the dramatic stories of three women who ran out of ammo while shooting home intruders – none of which took place in California. In a page 5 footnote, he cited Kristallnacht, the 1938 night of anti-Semitic violence in Nazi Germany.

So who is the 70-year-old man behind these rulings?

For gun rights advocates, Judge Benitez is a proper defender of the importance of the Second Amendment’s right to bear arms.

“Unlike some appellate decisions in this area, Judge Benitez held the government to its burdens of proof, recognized the high hurdles the government must overcome when burdening the right to keep and bear arms, and gave the Second Amendment the weight and respect it deserves,” Firearms Policy Coalition appellate counsel Erik Jaffe said about last Friday’s ruling.

At the same time, gun control advocates say he is less an impartial judge than a pro-gun advocate.

“Judge Benitez’s decision displays a shocking misunderstanding of assault weapons and legal precedent and reads more like an NRA press release than a judicial ruling,” said Igor Volsky, executive director of Guns Down America. “Judge Benitez should spend more time learning about the impacts of gun violence on American communities and less trying to own the libs,” he added.

In fact, Benitez has been a personally divisive figure from his early days on the bench. At a February 2004 Congressional hearing on Benitez’s nomination to the federal court of California, a lawyer said members of the California legal community had deeply negative comments about the judge.

“Interviewees repeatedly told me that Judge Benitez displays inappropriate judicial temperament with lawyers, litigants, and judicial colleagues, that all too frequently, while on the bench, Judge Benitez is arrogant, pompous, condescending, impatient, short-tempered, rude, insulting, bullying, unnecessarily mean, and altogether lacking in people skills,” the attorney, Richard A. Macias, testified to Congress.

Judge Roger T. Benitez at a naturalization ceremony in August 2006 in Coronado, California.

Born in Havana, Cuba, Benitez moved to the US as a child and went on to get his law degree from Western State University College of Law in 1978. After two decades as a private attorney in Imperial County, he served as Imperial County Superior Court judge from 1997 to 2001 and then was a magistrate judge in the Southern District of California until 2004, according to his online bio. A CNN call to the judge’s courtroom was not returned.

In 2003, President George W. Bush appointed Benitez to a new federal judgeship in the Southern District of California created to alleviate an overwhelmed court system. He had been unanimously recommended by a judicial advisory committee made up of three people selected by Democratic Sens. Dianne Feinstein and Barbara Boxer and three people selected by the Bush Administration.

However, the American Bar Association’s Standing Committee on the Federal Judiciary was not impressed with Benitez’s qualifications and temperament based on interviews with 67 members of the California legal community. A substantial majority of the committee found him “not qualified,” while a minority found him “qualified.”

Macias, speaking to Congress in February 2004 about these concerns, said Benitez had consistently denied the accuracy of the criticisms.

“No such conciliatory comments were forthcoming from the nominee,” Macias said.

An ABA spokesperson said the organization does not comment on nor criticize sitting judges.

In that same hearing, Feinstein introduced his nomination by citing his “impressive” life story. She also said she was surprised by the ABA’s negative rating and that those who spoke to attorney David Casey, the then-president of the American Trial Lawyers Association, indicated differently.

“They say he is a man of the highest ethical standard, that he has superb demeanor, intelligence, pragmatism, and fairness. And the chief public defender notes that he has good judicial temperament and is courteous to his employees and the attorneys who appear before him,” Feinstein said.

She asked Benitez about these criticisms during the hearing. He said the court he oversaw had a high volume of cases, and so he tried to keep the cases moving.

“And so perhaps sometimes because of the fact that we are trying to work with the numbers that we work with and may be perceived by attorneys – perhaps those who don’t know me, they may perceive the fact that I’m trying to move the calendar along as a sign of bad temper,” Benitez responded.

Benitez was ultimately confirmed by the US Senate in 2004 by a 98-1 vote, with only Sen. Dick Durbin, Democrat from Illinois, voting against.

Fred Guttenberg blasts judge over assault weapons reversal: You are a liar

In the past five years, Judge Benitez has made a series of rulings blocking parts of California’s gun laws from going into effect.

In 2016, nearly two-thirds of California voters approved Proposition 63, which requires people to pass a background check to buy ammo and prohibits possessing large-capacity magazines, or LCMs.

However, in 2017, Benitez granted a motion for a preliminary injunction on the part of the law that banned possessing LCMs, which hold more than 10 rounds. And in March 2019, he ruled that this part of the law was unconstitutional and violated the Second Amendment.

“It criminalizes the otherwise lawful acquisition and possession of common magazines holding more than 10 rounds – magazines that law-abiding responsible citizens would choose for self-defense at home,” he wrote.

A three-judge panel upheld Benitez’s ruling by a 2-1 vote in August 2020, but in February the US Court of Appeals for the Ninth Circuit vacated the decision and granted a rehearing to a full en banc panel of the court.

In addition, in April 2020, Benitez granted a preliminary injunction against the ammo background check part of the law, calling it “constitutionally defective.”

“The experiment has been tried. The casualties have been counted. California’s new ammunition background check law misfires and the Second Amendment rights of California citizens have been gravely injured,” he wrote.

“With its newest over-arching and sweeping background check system, the State completely chokes off many law-abiding responsible gun owners while burdening all citizens who want to buy ammunition,” he added.

The Ninth Circuit issued a stay of the preliminary injunction, meaning that the ammo background check law can still be in effect while it is reviewed further.

His ruling last week overturning California’s assault weapons ban – Swiss army knife reference and all – will similarly be appealed, the state’s attorney general told CNN. Still, for his critics, Benitez has proven to be a predictably frustrating thorn in their side.

“Judge Benitez has shown a consistent callous disregard for the facts about gun violence in this country,” said Ari Freilich, state policy director for the Giffords Law Center.

No Latino judges in these majority-Latino California counties

Thu Jun 10 , 2021
In Colusa County, where 60% of the population is Latino, both of the Superior Court judges, who handle everything from disorderly conduct to murder trials, are white CALIFORNIA, USA — Outside the Colusa County Courthouse Annex, 21-year-old Lorenzo Acosta takes a few puffs from his vape cartridge to calm himself […] 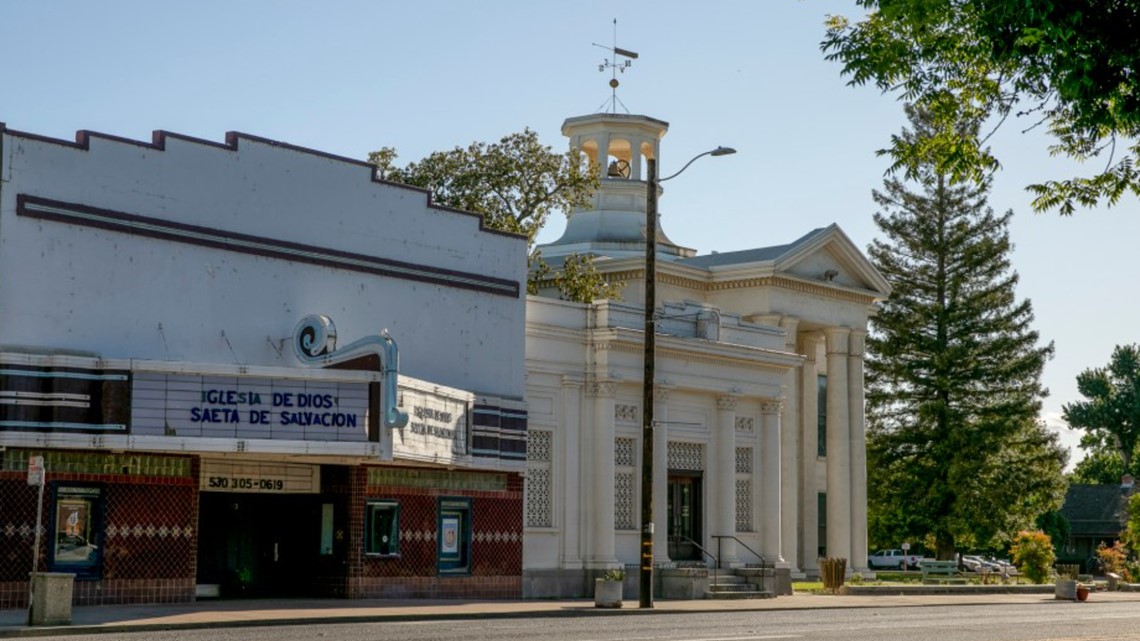