Britain’s vaccine rollout has been knocked off course by the delayed arrival of vaccines from India and a need to check 1.7m other doses to ensure their stability, according to Matt Hancock, health secretary.

Hancock confirmed in the House of Commons that there had been a delay to the “scheduled arrival from the Serum Institute of India” of Indian-made doses of the Oxford/AstraZeneca vaccine. At least 12m people would still receive a second Covid-19 vaccine dose in April but supply would be “tighter than this month”.

The need to retest a batch of 1.7m doses would also constrain supplies, Hancock said, without providing further detail on the provenance of those vaccines or why they have to be checked. The need for such additional testing was “to be expected” from time to time and showed the “rigour” of UK vaccine safety processes, he added.

Hancock also warned the EU not to impose emergency controls on exports of vaccines — including the Belgium-made Pfizer jab — to Britain. “We fully expect those contracts to be honoured,” he said.

The health secretary was under pressure to explain a “significant” reduction in vaccine supplies, which emerged on Wednesday and has delayed plans to offer the jab to people aged under 50 with no underlying health conditions from next month.

A total of 10m AstraZeneca vaccine doses had been expected to enter the UK from the Serum Institute, the world’s biggest vaccine maker, according to people briefed on the situation. Although there had been no timeframe specified for the shipments, 5m of those doses were sent several weeks ago, they said.

Hancock insisted the government was on track to offer all over-50s their first jab by April 15 and for all adults to be offered a vaccination by July. All existing appointments for a first jab would be honoured, he said.

A vaccine supplied by Moderna would be available “in the coming weeks”, Hancock confirmed, but refused to say exactly when.

He also criticised suggestions by Ursula von der Leyen, European Commission president, that the EU might be forced to impose emergency controls on Covid-19 vaccine production and distribution.

“It’s vital we all work together,” he said. “I’m sure the EU will live up to the commitments and statements it has made — including Ursula von der Leyen herself, who said there should not be restrictions on companies fulfilling contractual responsibilities.” He added: “There are very significant consequences to breaking contract law.”

One person briefed on the issue of supplies from the Serum Institute rejected the suggestion that there had been any delay. Rising demand from the Indian government had affected the supply of vaccines available for export, but the UK had never been given a precise timetable for delivery of the doses, the person said.

The remaining doses would arrive in the UK very soon, the person added, but noted the timing would depend on India’s domestic requirements.

The number of infections, and the rate of vaccinations, in the south Asian country has been picking up in recent weeks. 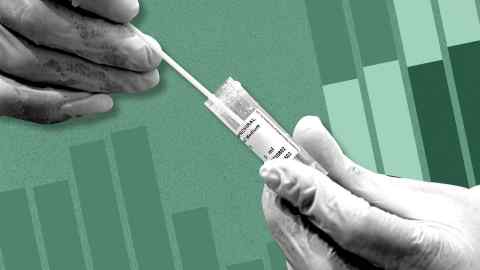 Speaking in the Indian parliament on Wednesday, foreign minister Subrahmanyam Jaishankar said supply was “based on assessment of adequate availability at home”.

“This is continuously monitored and takes into account the requirements of our domestic vaccination programme as it unfolds in different phases,” he said.

Staff involved in the UK vaccination programme were told on Wednesday that a fall in supply from the week beginning March 29 meant the amount available for first doses would be “significantly constrained”. They were instructed by NHS leaders to halt all further bookings for April, including for all under-50s — the next cohort due to be inoculated.

AstraZeneca issued a statement on Wednesday evening insisting its “domestic supply chain is not experiencing any disruption and there is no impact on our delivery schedule”. UK manufacturers are capable of supplying the entire 100m doses that AstraZeneca is contracted to provide to the UK government.

The public face of law enforcement for the Atlanta shootings is part of the problem.

Thu Mar 18 , 2021
The public face of the police response to the deadly shooting in Atlanta Tuesday night has proven to be problematic, sparking an outcry over his early handling of the rampage that killed six Asian women. Problems started Wednesday when Cherokee County sheriff’s office Capt. Jay Baker, who handles communications and […] 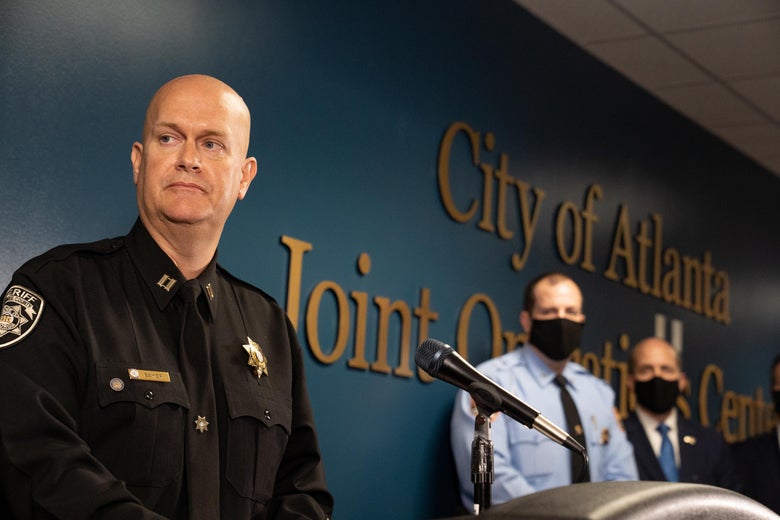