A South Dakota-based adviser on law firm combinations and expansion is accusing Robinson+Cole of taking its recommendations for potential merger targets to a larger rival, legal recruiter Major, Lindsey & Africa.

The Sweetbridge Group claims Robinson+Cole, a 200-lawyer firm based in Hartford, Connecticut, breached its contract when it shared with MLA the identity of three law firms that were looking to be acquired, according to a federal lawsuit filed Tuesday in the U.S. District Court for the Southern District of South Dakota.

Sweetbridge’s complaint does not identify the three law firms, nor does it say whether those firms were acquired. In the contract Robinson+Cole signed with Sweetbridge in April, the firm agreed to not divulge the name of any potential merger candidate, the lawsuit alleges.

Because Robinson+Cole shared the potential merger targets with MLA, a competitor, Sweetbridge alleges it has lost out on $2.25 million in commission fees.

“As a result of Robinson’s breach of the confidentiality provision in the agreement, Sweetbridge has lost the opportunity to facilitate the merger or acquisition of the three firms and has therefore lost the commissions it would have received,” Sweetbridge wrote in its federal complaint.

Robinson+Cole has not announced any merger plans in the months since its contract with Sweetbridge was allegedly signed.

The lawsuit names only Robinson+Cole as a defendant brings claims of breach of contract and tortious interference.

Robinson+Cole said in a statement it will strongly contest Sweetbridge’s allegations.

“We are executing our Strategic Plan which calls, in part, for growth through combinations with smaller firms and groups that offer strategic advantage through their practices and/or locations,” the firm said. “The recruiting relationship that gave rise to this lawsuit was part of that initiative. This suit followed our termination of the firm’s relationship with The Sweetbridge Group and our retention of another recruiting firm.”

A representative for MLA declined to comment. The Sweetbridge Group is represented by a pair of lawyers from Davenport Evans, which touts itself as one of the oldest and largest law firms in South Dakota; they also did not respond to a request for comment.

The Sweetbridge Group, which doesn’t appear to have a website, works with law firms seeking to expand in new markets and with companies searching for in-house legal leaders, according to a LinkedIn profile for Kimberly Stockinger, identified as the company’s CEO. Stockinger declined to comment.

The case is The Sweetbridge Group v. Robinson+Cole, U.S. District Court for the Southern District of South Dakota, 4:21-cv-04138.

For The Sweetbridge Group: Elizabeth Hertz and Mitchell Peterson of Davenport Evans

Monadnock Ledger-Transcript - When it comes to vaccine mandates, employers have the law on their side

Wed Aug 11 , 2021
It’s a short conversation when workers call employment attorney Jon Meyer asking if their employer can require a COVID-19 vaccination and fire them if they refuse. With very few exceptions, the answer is yes – regardless of arguments that doing so is illegal until the vaccines get final approval from […] 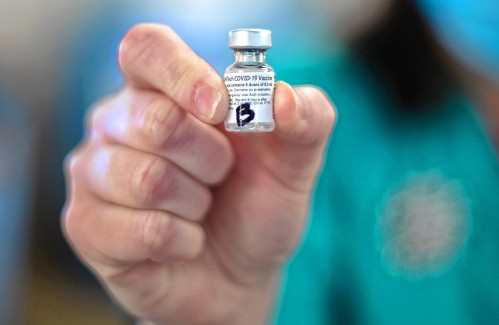