PINELLAS COUNTY, Fla. (WFLA) – Minority owners of the Tampa Bay Rays are suing the team over allegations of a scheme to usurp their partnership and transfer the baseball club and franchise to a new entity.

The lawsuit filed in Pinellas County court alleges Sternberg, and his company 501SG, LLC which he is reported to wholly control, engaged in a scheme to “squeeze out the limited partners” and take over partnership opportunities belonging to the Partnership.

The complaint filed by the Plaintiffs alleges that Sternberg transferred the entire baseball club and franchise to a separate entity called Rays Baseball Club, LLC.

The principal office address for the LLC is in Washington with Arent Fox LLP, a law firm self-described as being recognized for working “in core industries where business and the law intersect.” Recently, Arent Fox hired Doug Jones, the former U.S. Senator from Alabama.

Another manager was named in 2019, Richard Gale of Washington, D.C. The address listed for Gale is the same as the address for Arent Fox, a building on K Street. The specific suite number was not listed.

The plaintiffs, The MacDougald Family Limited Partnership, LLLP of Nevada, Stephen Mitchell Waters 2020 MLB Irrevocable Trust Agreement (Waters Trust), Stephen M. Waters, Gary Markel, and Robert Kleinert, say in their complaint to file suit that they placed their trust in Sternberg to manage the team through his company 501SG, and that they believed he was “at least safeguarding the interests of the limited partners and the value of the Rays Baseball club, franchise and other assets.”

Instead, the plaintiffs say they recently learned that Sternberg allegedly has been secretly paying himself and several 501SG investors salaries from the Partnership, leaving minority partners with large tax obligations while he “strategically” withheld distributions, devalued membership interests, and purchased shares from estates under manufactured pressure scenarios.

Sternberg also stands accused of transferring all valuable assets to the new LLC in January 2020. He is said to be the sole owner and controller, according to the lawsuit filed. The minority owners, as plaintiffs, say Sternberg has breached his duties to the Partnership by:

Collectively, the Plaintiffs hold just under eight percent of the limited partnership.

In the filing, the Plaintiffs are seeking a return on their investment, valued by their own documents at roughly $800,000 per 1% ownership interest. The court documents also state that the partners later paid approximately $1 million per 1% ownership as the “historical price.”

On top of the deflated value reported to the Plaintiffs, withheld distributions, and encouragement to sell at below fair value, the plaintiffs allege Sternberg attempted to act against the Partnership and Plaintiff’s best interests by negotiating to sell an interest in the Franchise and Club to a Canadian businessman named Stephen Bronfman and his Montreal Baseball Group.

The Plaintiff’s say the negotiations have bene going on since Spring 2014. In 2021, Plaintiffs discovered that RBC, LLC had taken over operations for ticketing and loyalty programs. In April 2021, multiple records demands produced the previously concealed agreements that transferred the assets to RBC.

501SG has also allegedly refused to provide any documents relating to RBC or the transfer to the Plaintiffs. The Plaintiffs also say they found Sternberg is listed as the member of RBC in every other state that the company is registered, rather than the Partnership.

By filing suit in Pinellas County court, the Plaintiffs are requesting a “receiver” be appointed to audit all Partnership business, affairs, and actions and request a judgement against Sternberg, 501SG, and RBC, LLC for any and all sums, balances, and damages due to the Partnership, as well as reasonable attorneys’ fees and court costs, in addition to other relief and remedies the Court may find appropriate.

Read the full Complaint below:

Mon May 24 , 2021
The Ryanair flight after it was grounded and Roman Protasevich was arrested. Photo: ONLINER BY HANDOUT/EPA-EFE/Shutterstock Belarus’s use of deception and military threat to waylay a Ryanair flight Sunday and detain a prominent journalist critical of the country’s dictator was a clear-cut violation of international aviation law, legal experts say. […] 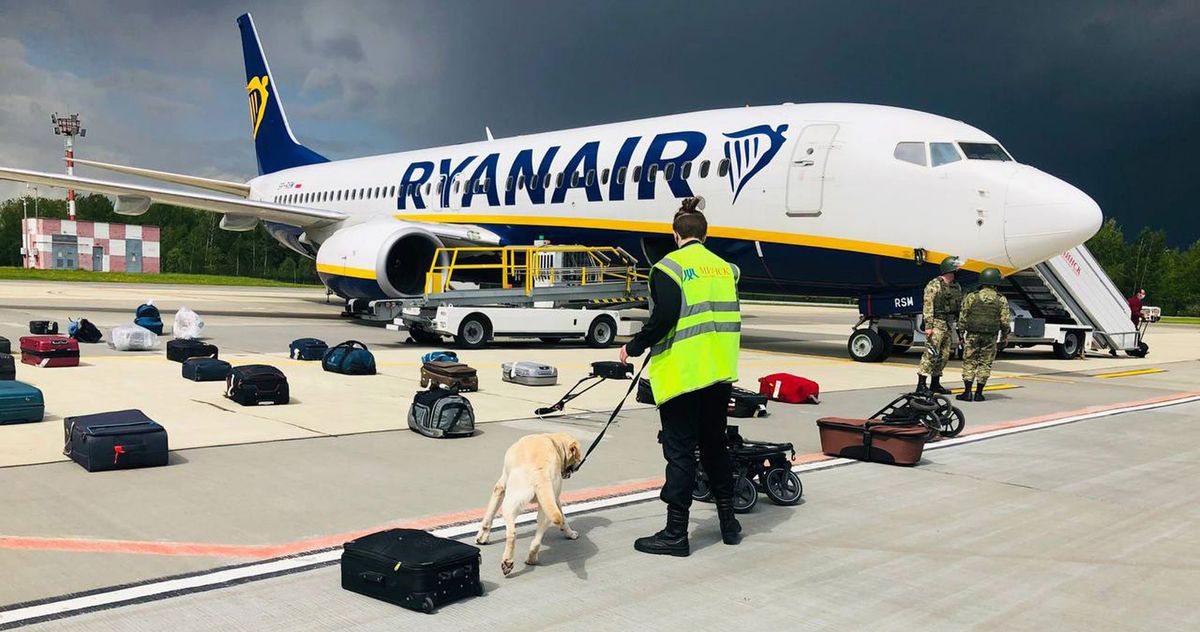