Do special rules apply to termination of a supply contract that will be implied by law into a contract? Can these terms be excluded or limited by including appropriate language in the contract?

Even if an agreement provides for the right to terminate, said right cannot be exercised arbitrarily or in bad faith. Otherwise, a party may be held liable for damages, based on the principle of ‘abuse of rights’. Under the Civil Code, ‘[e]very person must, in the exercise of his rights and in the performance of his duties, act with justice, give everyone his due, and observe honesty and good faith;’ and ‘[e]very person who contrary to law, willfully or negligently causes damage to another, shall indemnify the latter for the same.’

If a contract does not include a notice period to terminate a contract, how is it calculated?

Generally, under Philippine contract law, when the right to unilaterally terminate the contract is provided, the method of terminating the contract is primarily determined by the stipulation of the parties, including the time of giving, form and manner of service of the notice.

We are not aware of any law or jurisprudence providing for the manner or method of establishing a notice period. However, as regards calculating the period, the Civil Code of the Philippines provides that in computing a period, the first day shall be excluded and the last days included.

Will a commercial contract terminate automatically on insolvency of the other party?

Insolvency of a party does not automatically terminate a commercial contract unless stipulated on by the parties (eg, considered an event of default that results in the automatic termination of the contract). However, if the insolvent party undergoes rehabilitation proceedings in court under the Financial Rehabilitation and Insolvency Act, contracts may potentially be terminated by reason of such insolvency.

Are there restrictions on terminating a contract if the other party is in financial distress?

Under the Financial Rehabilitation and Insolvency Act, unless cancelled by a final judgment of a court of competent jurisdiction issued prior to the issuance of the commencement order in the rehabilitation proceedings or at any time thereafter by the court before which the rehabilitation proceedings are pending, all valid and subsisting contracts of the debtor with creditors and other third parties as at the commencement date will continue in force, provided that within 90 days following the issuance of the commencement order, the debtor, with the written consent of the rehabilitation receiver, must notify in writing each contractual counterparty whether it is confirming the particular contract. Contracts not confirmed within the required deadline will be considered terminated.

Further, if the debtor undergoes liquidation proceedings in court under the Financial Rehabilitation and Insolvency Act, all contracts of the debtor will be deemed terminated and/or breached, unless the liquidator, within 90 days of the date of his or her assumption of office, declares otherwise and the contracting party agrees.

Under the Civil Code of the Philippines, a party to a contract is not generally responsible for force majeure, or those events that could not be foreseen or that, though foreseen, were inevitable.

For a party to be exempt from liability on account of force majeure, the following elements must concur:

Under the Civil Code, a party may be liable notwithstanding a force majeure event in cases expressly specified by law, when it is stipulated by the parties, or when the nature of the obligation requires the assumption of risk.

Mon Jul 19 , 2021
CHICAGO (AP) — A Florida man who breached the U.S. Senate chamber carrying a Trump campaign flag is scheduled to become the first Jan. 6 rioter sentenced for a felony, in a hearing that will help set a benchmark for punishment in similar cases. Prosecutors want Paul Allard Hodgkins to […] 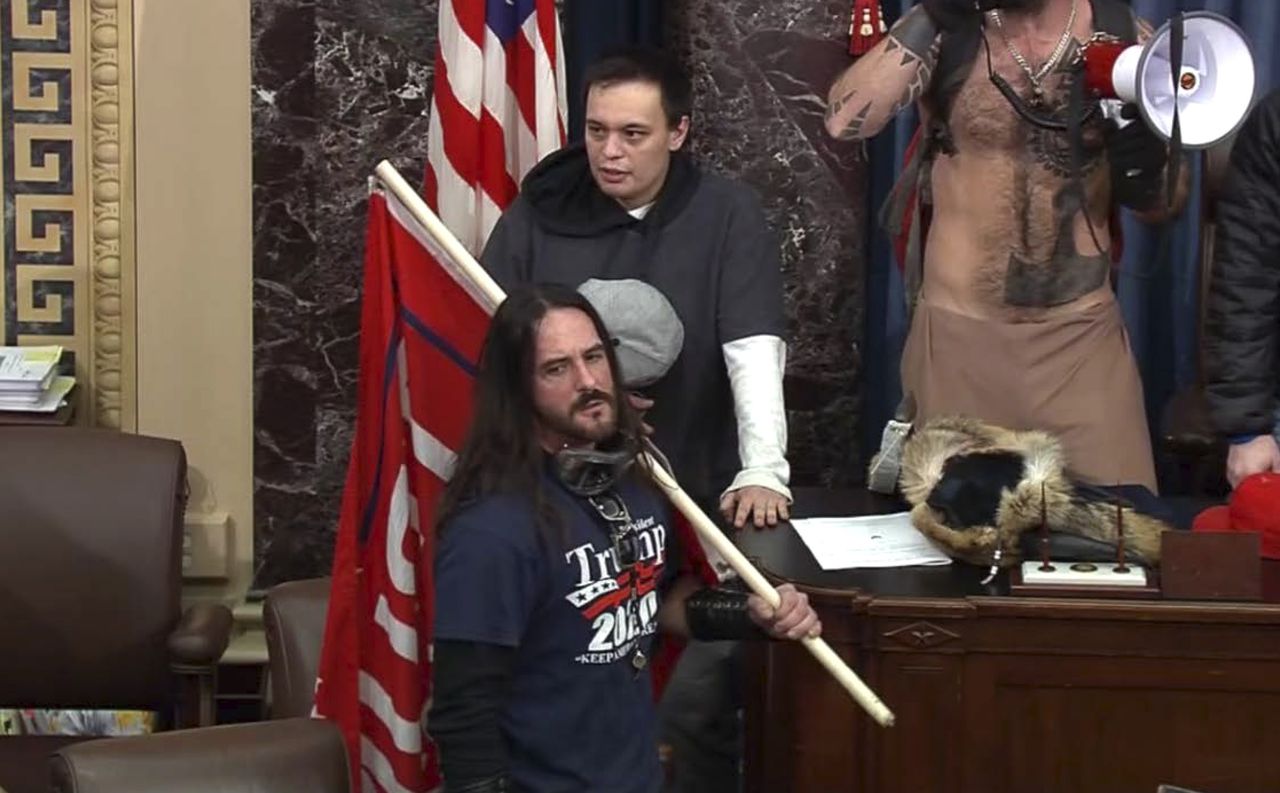