The university said Thursday that Pennsylvania courts have long held that only express, written contracts apply to the relationship between schools and their students, including in recent cases where Temple University, the University of Pittsburgh and the University of Pennsylvania had defeated students’ proposed class actions because they had no express promises of in-person, on-campus learning.

“Longstanding Pennsylvania law is clear that a viable breach of contract claim against a university requires an express, written promise,” Point Park said in a brief supporting its motion to dismiss the proposed class action brought by four students. “The courts in Penn, Temple, and Pitt consistently rejected the very implied contract theory plaintiffs ask this court to adopt.”

Point Park sought to join those schools and others across the country in ducking claims that remote learning violated the universities’ promises of benefits of campus living and learning.

Hoping to avoid a similar fate, the students had argued that at least some of the student body had an implied contract for in-person learning, because students got to choose between in-person and online classes at the start of the semester, with the online option being cheaper. That choice at least implied the university was promising in-person education to those who chose it and paid more for it, the students said.

Point Park’s reply brief Thursday said only express agreements could govern its relationship with its students, pointing to the Superior Court of Pennsylvania’s 1999 ruling in Swartley v. Hoffner.

“In Pennsylvania, a private university’s relationship with its students ‘is comprised of the written guidelines, policies, and procedures as contained in the written materials distributed to the student over the course of their enrollment in the institution,'” the university’s brief said. “Plaintiffs still do not identify — and cannot identify — a ‘specific failure’ or a ‘specific and identifiable promise’ that PPU failed to honor during the Spring 2020 semester. This court need not go any further in its analysis to dismiss plaintiffs’ claims.”

The existence of a written contract, a “financial registration terms and conditions,” or FRTC, that each student signs, supersedes any implied deals, the university argued.

The FRTC laid out that students would be responsible for paying their tuition regardless of outside circumstances, and laid out the specific conditions for withdrawing from classes by a certain deadline if a student wanted to get a tuition refund.

“The fact that PPU offers online courses does not change the fact that the students who enrolled for Spring 2020 semester signed the FRTC and acknowledged the limited circumstances for which refunds would be available,” the brief said. “Plaintiffs are attempting to convert information certain students may have considered, and beliefs certain students may have held, about their educational experience into binding contractual promises by PPU to meet those expectations under all circumstances.”

Amending the complaint to include additional marketing materials as evidence of Point Park’s allegedly broken promises would be pointless, the university argued, since the prior court decision in Pitt held that such marketing materials weren’t part of the contract with students.

And the judges’ different rulings on which documents went into the universities’ promises didn’t mean those rulings were inapplicable to Point Park, since the key part — focusing on the express promises made — didn’t change from case to case, and the Point Park students hadn’t identified any specific written promises, the university said.

Counsel for the students and Point Park didn’t immediately respond to requests for comment Thursday.

The students are represented by Gary F. Lynch and Edward W. Ciolko of Carlson Lynch LLP.

How international law applies to the Colonial Pipeline cyberattack

Thu May 27 , 2021
Wayne E. Dillingham Col. Wayne E. Dillingham is retired from the U.S. Air Force and lives in Murfreesboro. Colonial Pipeline’s operations recently ground to a halt, and a major component of our nation’s infrastructure was substantially crippled — at least temporarily. From the public’s perspective, the harm was caused by bad […] 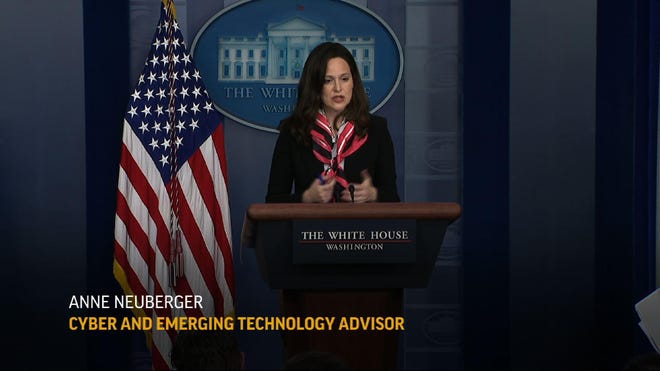