OTTAWA —
Ethics Commissioner Mario Dion has ruled that Prime Minister Justin Trudeau did not breach the Conflict of Interest Act in relation to his involvement in granting WE Charity a federal contract, but former finance minister Bill Morneau placed himself in a conflict of interest “on several occasions.”

Dion’s findings follow two separate investigations prompted by concerns raised by opposition MPs about both Trudeau and Morneau failing to recuse themselves from the 2020 cabinet decision to pay WE Charity $43.5 million to manage a $912 million student summer service program, despite their close personal family connections to the charity.

The ethics commissioner said in his report released Thursday, that Morneau—who left cabinet and resigned as an MP in the face of this controversy last summer—breached various sections of the Act by “improperly furthering WE’s private interests, by failing to recuse himself from decisions relating to WE, and by giving WE preferential treatment.”

The federal government’s decision to sole-source the program aimed at awarding grants to students who couldn’t find summer work due to COVID-19 embroiled the Liberal minority in a parliamentary controversy for months.

It started with the announcement of the program in April, but really sparked off in June when the government announced WE would be running the volunteer program. It was then that questions were raised over past WE Charity payments to Trudeau’s mother, brother, and his wife, for speaking engagements over the years, and related to Morneau’s daughters’ ties to the charity.

For months, the federal government was grilled by the opposition who launched committee probes compelling testimony from Trudeau, Morneau, senior political staff, and top public servants. The grant program eventually fell through amid the political battle and the beleaguered charity founded by Craig and Mark Kielburger has since moved to shutter its Canadian operations.

Responding to Dion’s findings in a statement, Trudeau said the report “confirms what I have been saying from the beginning.”

“At the heart of this initiative was getting support for youth during this pandemic as fast as possible. … My job as Prime Minister is to do whatever it takes for as long as it takes by providing direct support to people and businesses to get through this. That’s what our government has done,” he said.

The prime minister has denied ever attempting to influence the decision and said he took steps to ensure WE was the best organization to run the program given his government’s connections to the charity, but has apologized for not recusing himself at the time cabinet was discussing the WE deal.

Morneau also issued a statement, but continued to point to the role the public service played in advising the cabinet that WE Charity was best suited to administer the program. “As I have already stated, in retrospect, I should have recused myself from the discussion.”

In his report on Trudeau, Dion found that while Trudeau’s office did recommend the approval of the WE Charity deal, he was not motivated to do so because of who the deal was with “given the absence of a personal relationship” between the prime minister and the Kielburger brothers. Further, nor did Dion find evidence that awarding WE the program would further Trudeau’s own personal interests or those of his family.

“I am satisfied that Mr. Trudeau did not give preferential treatment to WE,” Dion wrote. “I believe that in the frenzy to distribute funds as expeditiously as possible to those affected by the COVID-19 pandemic, there were some departures from the ordinary process of policy development.”

The commissioner’s findings against Morneau were more extensive. In his report, Dion found that the nature of the relationship between Morneau and WE Charity co-founder Craig Kielburger met the threshold of being a friendship and as a result, Morneau “should have known” he was in a potential conflict when the WE Charity grant proposal came up.

Dion said in his role as a senior cabinet minister at the time, Morneau had the opportunity to “improperly further WE’s private interests,” and that Craig Kielburger had “unfettered access” to his office. He also wrote in his report that Morneau “gave WE preferential treatment by permitting his ministerial staff to disproportionately assist it when it sought federal funding.”

The commissioner is now suggesting the law should be broadened to reflect cases of friendship where personal and professional interactions become “intertwined to such an extent that it becomes difficult to draw the line between the two.”

Dion came to these findings after considerable back and forth between his office and Morneau and Trudeau and reviewing more than 40,000 pages of documents, as well as through conducting his own interviews with key players. This included communication with Trudeau’s mother and brother, who confirmed they had not spoken to the prime minister about the student grant program or “any official matter.”

Opposition parties were quick to react to the two reports, saying Dion’s reports detail the degree of bad judgement and extent to which the federal Liberals looked to help their friends.

“This report shines a light on how closely connected friends of the Liberal Party were able to get an all access pass into the corridors of power. WE Charity was given insider access because of the personal relations they cultivated,” said NDP MP and ethics critic Charlie Angus in a statement. “We know that Justin Trudeau showed bad judgement in his dealings with the Kielburger proposal… No matter the guilty verdict or not, the important point is, the Liberals decided to help their friends and it hurt people.”

Conservative Leader Erin O’Toole said that Dion not finding Trudeau breached the law is an indication that the law needs to change.

“Our accountability laws are broken, and we can’t have more of the same corruption and cronyism from Justin Trudeau. It’s time to clean up the mess in Ottawa with a new anti-corruption law which will ensure Liberals like Justin Trudeau can’t reward their insider friends,” he said in a statement.

Promising to strengthen Canada’s conflict of interest rules was a promise made by his party in the 2019 election.

BOTH INVESTIGATED IN THE PAST

Dion has conducted two other investigations into Trudeau over his ethical conduct regarding the SNC-Lavalin scandal and his Aga Khan trip. In both previous instances he was found to have broken federal ethics laws.

Morneau has also been under investigation by Dion twice before, but was cleared of wrongdoing in instances. One was in relation to accepting trips from WE Charity for which he belatedly reimbursed the charity more than $41,000, and the other dates back several years, in relation to a pension bill.

Under the federal Conflict of Interest Act there are no penalties for being found in contravention of the rules, because the Act, as it is currently written, doesn’t allow for them.

How I Made Practice Group Co-Chairman: 'I Overcame a Meth Addiction and Invented a New Practice Area,' Says Lori Kalani of Cozen O'Connor

Thu May 13 , 2021
Resources CLE Center Legal Compass Events Webcasts Lawjobs Professional Announcements Premium Subscription With this subscription you will receive unlimited access to high quality, online, on-demand premium content from well-respected faculty in the legal industry. This is perfect for attorneys licensed in multiple jurisdictions or for attorneys that have fulfilled their […] 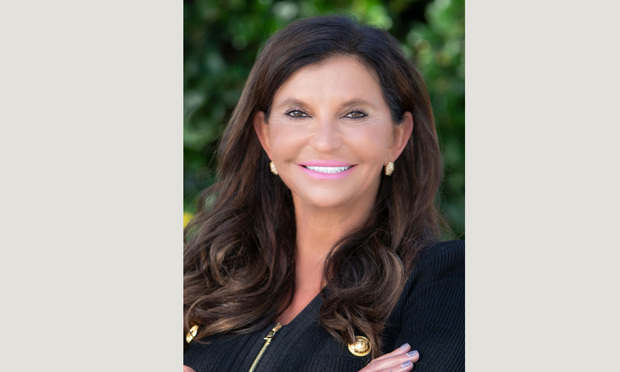