Phoenix Police officers will get a raise after agreeing to increased accountability measures in the police union’s contract.

The Phoenix City Council approved the new Phoenix Law Enforcement Association contract Wednesday over the objection of activists who opposed any raise for Phoenix officers.

The contract approved by the council includes a handful of changes to previous police union contracts that could lessen union influence during disciplinary investigations and prevent officers from using their vacation time toward suspensions.

All union employees in Phoenix, including police, will receive a 1.5% ongoing raise and a 2.5% one-time raise in each of the next two years.

Police employees will get an extra 0.5% ongoing raise and one-time raise in the first year of the contract for agreeing to the new accountability measures.

PLEA did not respond to The Arizona Republic’s request for comment.

Floyd’s death was caught on camera and the video spread across the world, prompting mostly peaceful protests and demands for police reform and justice for police brutality victims.

In Phoenix, protesters called on the council to fund a civilian oversight board with the power to investigate police shootings and claims of excessive use of force. Phoenix is one of few large cities in the country that does not have this kind of civilian oversight.

The council approved full funding for an Office of Accountability and Transparency, but then rejected an ordinance to establish the office in November.

Despite a year of increased scrutiny on law enforcement and calls to reform and defund police, the number of Arizona police shootings in 2020 grew significantly from the year prior.

The Republic’s yearly analysis identified 74 police shootings across the state throughout 2020, including 26 by Phoenix police. These numbers represent increases from 2019, which saw 56 statewide and 15 in Phoenix.

One of the most significant changes in the new contract will allow any city entity to investigate police conduct, which may lead the council to revisit civilian oversight.

The new contract also will prohibit officers from using their vacation days while on unpaid suspension.

Currently, officers can use up to 40 hours of their vacation time during a suspension, essentially making it a paid suspension.

The new contract attempts to decrease union involvement in the disciplinary process by prohibiting officers who are witnesses in an investigation from meeting with the union prior to an interview.

It also will change the grievance process for police union employees.

When an employee files a grievance — an allegation that the city is violating its union contract — a grievance committee is assembled to hear the employee’s concern and make a recommendation to the city manager, who ultimately decides the case.

The new contract also removes the ability for employees to purge disciplinary records from their files.

Activists: No raises for PD

Many speakers said the accountability measures were laughable and will do little to change what they called a concerning culture of white supremacy within the Phoenix Police Department.

Others told the council that forcing officers to adopt the new accountability changes with a pay raise was no different than a bribe.

“There is absolutely no accountability, no transparency within this contract and it is disgusting that we have to continue to bribe this department for basic low-level things that you should already expect from this department,” Poder in Action Director Viri Hernandez said.

The council approved the PLEA contract 7-2, with council members Carlos Garcia and Betty Guardado voting against it.

Garcia, the council’s biggest critic of the police department, said some of the changes in the new contract constitute a step in the right direction, but the department should still be held to a higher standard.

Mayor Kate Gallego said she is “committed to making sure we have the best police department possible,” and that she believes the new contract is an “important step towards accountability and transparency.”

Thu Apr 8 , 2021
Cannon’s lawyer, Gerald Griggs, told CNN that they had learned about the decision through a phone call earlier Wednesday and that receiving the news was “emotional.” “Facts and evidence showed to the world that Rep. Cannon committed no crime and should not have ever been arrested,” Griggs wrote on Twitter. […] 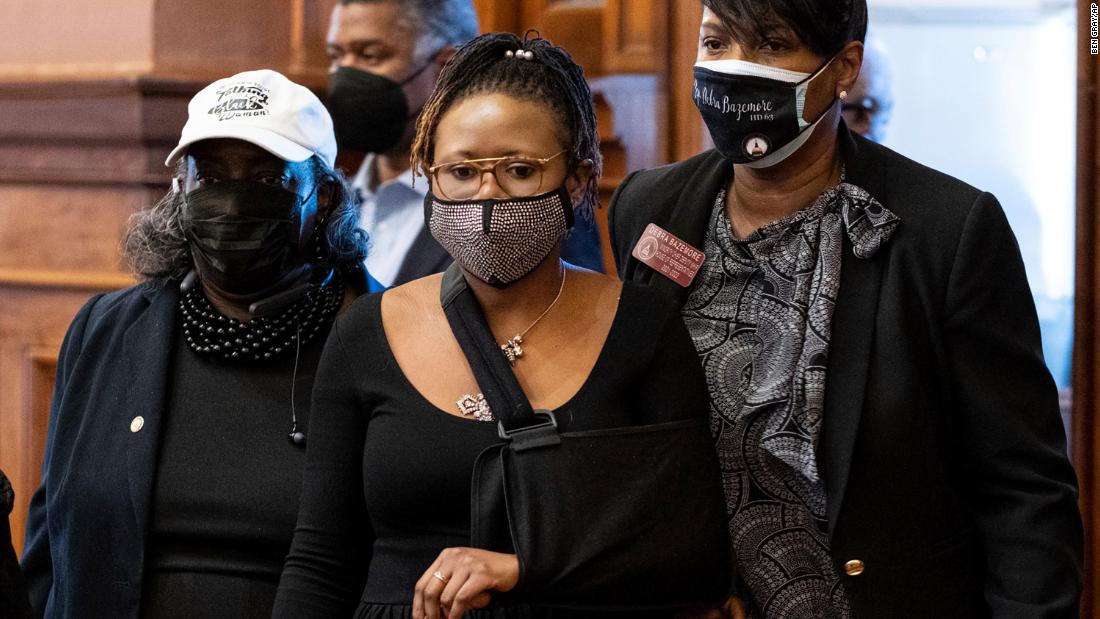