Basic principles of supply and demand, the bedrock of American free enterprise, tend to be no match for emotional arguments.

It was especially a pity last week when Utah’s Senate Business and Labor Committee held off voting on a bill, SB74, that would have repealed the state’s law against price gouging. The bill isn’t dead. The committee just set it aside. Its sponsor, Sen. Jake Anderegg, R-Lehi, says he hopes it will remain a part of the discussion going forward, whatever that means.

Two other bills on Capitol Hill would address only parts of the law, softening its power. Neither would have the effect of killing it altogether, which would be the right direction.

Nuance often heads for the nearest exit when emotions take the floor, and few things elicit emotions like price hikes in an emergency. It’s easy to get caught up.

For example, what if your local grocer had decided last spring that, instead of rationing ever-dwindling supplies of toilet paper, it would increase the price of it by three or four times? The answer is you probably would have become angry, but you also probably would have had enough toilet paper for your needs, because whoever was hoarding the stuff would have been forced, by economic necessity, to stop.

Shoppers might ask why a grocer should be allowed to profit off the misery of others. A better, often overlooked, question is why should a few people who happen to get to the store right as the shelves are stocked be able to cheaply buy so much of it that your family is deprived? Even when stores ration supplies, people find ways to get more than their share.

“If you cap price increases during an emergency, you discourage conservation of needed goods at exactly the time they are in high demand,” Michael Giberson, an associate professor at Texas Tech University, wrote in a paper published by the Cato Institute in 2011. He added, “Simultaneously, price caps discourage extraordinary supply efforts that would help bring goods in high demand into the affected area. In a classic case of unintended consequences, the law harms the very people whom lawmakers intend to help.”

If the price of something rises significantly, people who have supplies of that thing will rush into the market to profit. That provides more of that thing, satisfying demand, while also stabilizing prices.

That’s nuance, and it takes a bit more effort to understand than emotion.

It’s often been said that if you put 10 economists together in a room, you will end up with 11 opinions. And yet, an online petition urging the repeal of anti-gouging laws in the 36 states that have them, including Utah, has been signed by about 190 economists so far. Among other things, it says the laws interfere with another law: the one of supply and demand.

“This Law holds that when market prices are free to adjust to reflect changes in supply and demand conditions, markets will clear; there will be no shortages (or if one temporarily arises, it will quickly subside),” the petition said.

Most of these state laws define gouging vaguely, using words such as “excessive” or “unconscionable” to describe it, leaving room for plenty of interpretation, and leaving businesses in a state of uncertainty. In many cases, retailers find themselves having to pay much higher prices for supplies during emergencies but are unable to recoup those costs.

More reasonable critics of Anderegg’s bill have noted that some markets don’t benefit from the kinds of market choices that would pull down prices. Medical supplies and tests were mentioned — things that often are paid by insurance companies out of the sight of consumers who absorb the costs later through higher premiums. That suggests the need for some well-defined state controls against excesses, as well as some meaningful health care reform.

That kind of legislating is a lot harder than trying to kill the law of supply and demand by complaining about evil profiteers, villainous business owners and excessive prices.

Fri Feb 5 , 2021
The city of McAllen is suing the state of Texas over a 2009 law that allows counties to administer city and school elections. After concerns with local elections in Hidalgo County, Texas Sen. Juan “Chuy” Hinojosa (D-McAllen) drafted Senate Bill 1402, saying that if and when there are enough signatures […] 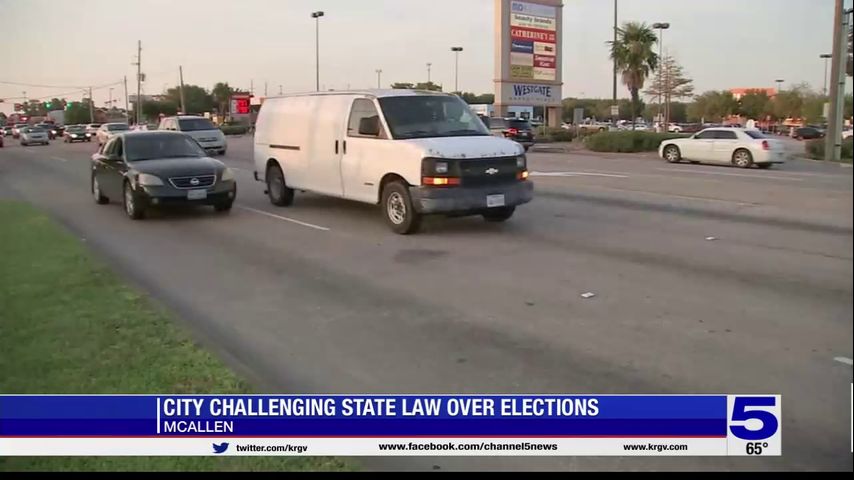