Under the Trump administration, the NLRB took a narrow view of workers’ rights. Its general counsel determined in 2019 that Uber drivers were contractors, not employees entitled to legal protections. The board issued rulings and regulations making it easier for companies to ban organizing discussions via company email, and harder to hold companies such as McDonald’s Corp. liable for what happens in franchised restaurants.

On his first day in office, President Joe Biden fired the board’s general counsel and replaced its Trump-appointed chairman with Democrat Lauren McFerran, an attorney and former Senate staffer who was first appointed to the board by Barack Obama in 2014. She’s still outnumbered by Republican members because terms are staggered, but the board is likely to have a Democratic majority by the coming winter. That could mean big changes in such areas as who counts as employees, what’s considered a working condition they’re allowed to protest, and how they’re allowed to do it. The board is also likely to weigh in on controversies such as a union’s bid to overturn its election defeat at Amazon.com’s warehouse in Bessemer, Ala.

McFerran talked with Bloomberg Businessweek on May 6. (The interview has been edited for length and clarity.)

When you meet people who have no idea what the NLRB is, what do you tell them?

I guess I’m more interested in educating people about the Act than the board. I mean, the board is just a group of people who decide cases, but I always want people to understand what the Act is and what power it has. It’s such a foundational tool for workers.

You know, I don’t think anyone, when the Act was passed, would have contemplated that it would potentially be used by their 2020 counterparts to join together and demand personal protective equipment during a pandemic, or to challenge the denial of employment protections in a gig economy, or to talk about the silencing of harassment victims. But in my view, it is manifestly clear from the plain language of the Act that it does protect all of this and more.

When you say the Act covers protections for gig workers, what is the scope of that?

It would depend on the specific factual circumstances of that workplace and what those people are doing. My personal perspective is that the Act’s definition of who is an employee is broad. The Supreme Court says that we are supposed to be using the common law definition for employee, and that that is a broad definition.

If a company illegally fires a worker for organizing, the worst penalty that it faces generally is reinstating the worker with back pay and posting a notice, without punitive damages or personal liability for executives. Given such limitations, how relevant is the NLRB to workers?

Because the Act cares about what workers care about, it’s very, very relevant, regardless of the nature of the issues changing. When it comes to remedies, I do think it’s frustrating that sometimes we see really egregious violations, particularly by repeat offenders.

One hates to get the impression that there is this small subset of employers that has simply decided that the consequences of refusing to comply with the NLRA are a cost of doing business. While those cases are rare, they are extremely troubling. But the question of whether the Act should provide different remedies as a practical matter is an issue for the legislative branch.

In 2018, Elon Musk tweeted “Why pay union dues and give up stock options for nothing?” Tesla argued that the tweet was First Amendment-protected free speech on Musk’s personal Twitter account. An agency judge and you and two of your Republican colleagues all have ruled that the tweet violated federal labor law. Why?

The Tesla case kind of speaks for itself, and I wouldn’t want to elaborate on the board’s decision there. In terms of the issue more generally, I’d say it’s actually one of the rare issues where there’s not much disagreement, even among the current board members: The same principles of law apply in the context of statements made on social media that apply to other types of communications that workers could be on the receiving end of.

People may be more intemperate in what they say on social media, but there’s no Twitter sarcasm exemption to the NLRA. We’ve never, in any context, allowed employers to get away with threatening their workers by saying, “I was just kidding.”

So if a reasonable, economically vulnerable employee would interpret your tweet or your Facebook post or whatever as an attempt to interfere with, restrain, or coerce them in their ability to exercise their rights under the act, you violate the law. And it doesn’t really matter what form you use.

In that case, there was a split between you and your Republican colleagues over whether Elon Musk should be required to perform or attend a reading of a workers’ rights notice in front of employees. Why did that seem appropriate to you?

If a senior-level manager is involved in the actual violation of the law, it seems to me that sometimes the best way to try to remove the effect of that violation is for the senior-level manager themself, whoever it might be, to participate in renouncing their previous behavior—in saying that this was violation of the law. Within the scope of what we can do, I tend to take a fairly broad view of what remedial options should be on the table.

There have been issues in recent years around what sorts of collective worker action are protected by the law. How do you approach those sorts of questions?

My view is broader than my current colleagues’. Section 7, which grants rights to employees, is the absolute heart of the Act. And construing it too narrowly—leaving workers exposed to restrictions or reprisals that undermine their ability to exercise their rights—frustrates what Congress intended to do.

In Alstate Maintenance [a 2019 case involving an airport skycap who complained about not being tipped and was fired], I said that tips were a working condition, and that raising concerns about tips was for mutual aid or protection. My colleagues disagreed, which I find a little unfathomable. I don’t know if they ever worked for tips in the past, but if you ask any tipped employee whether getting stiffed on tips is a matter of concern about their employment, they would say “yes,” I would think. [The NLRB ruled that the former skycap’s dismissal was lawful.]

In Amnesty International USA [a case about employees of the human rights nonprofit advocating for interns to be paid], when employees stood up for the interns they worked with, even though the interns themselves weren’t covered by the statute—in my view, coworkers helping coworkers is mutual aid. [The NLRB ruled in 2019 that the employees’ activism wasn’t legally protected.]

As long as some statutory employees are involved, our job is not to read the act in the narrowest way possible to try to exclude situations from its protection. Section 7 is broad. It’s the heart of what we’re supposed to be doing, and we should interpret it broadly.

Wed May 19 , 2021
A week shy of the one-year anniversary of the death of George Floyd during a Minneapolis police arrest that prompted protests in Washington and all over the country, Gov. Jay Inslee signed sweeping legislation Tuesday to reform law enforcement policies and oversight. The 12 bills, which ban certain tactics like […] 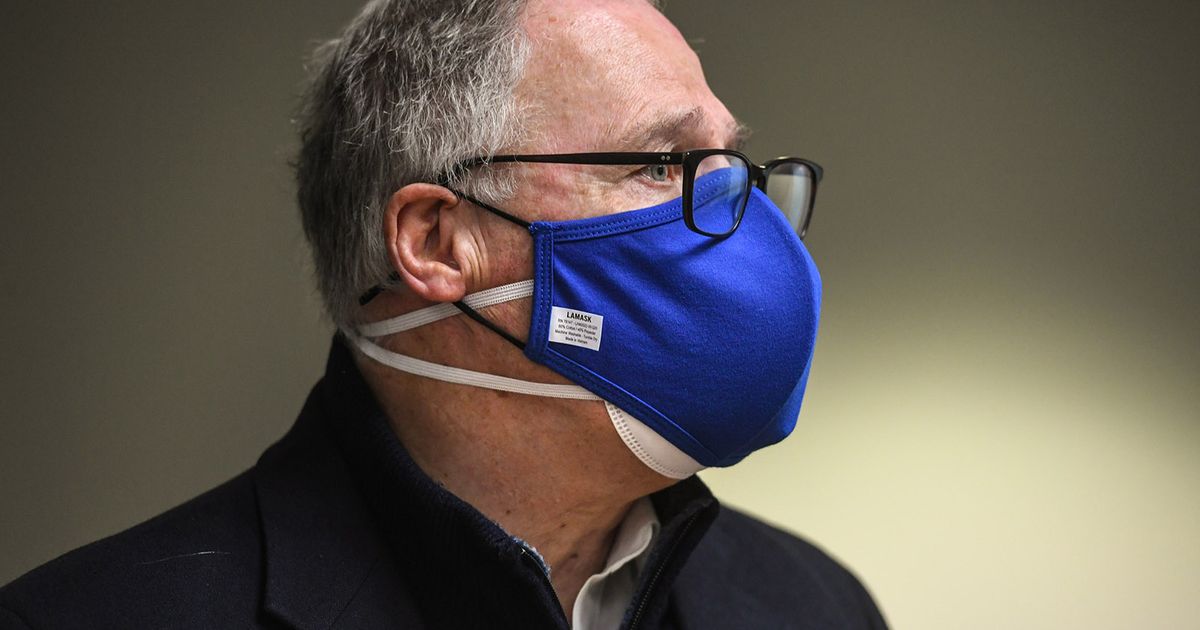