The Nicaraguan Vice President also accused opponents who aspire to the Presidency of being “thugs,” “criminals” and “terrorists.”

HAVANA TIMES – Without mentioning a specific name but making a clear reference to opposition candidates who aspire to the Presidency, the First Lady and Vice President of Nicaragua, Rosario Murillo said “those who are running” are linked to “organized crime,” they are “criminals,” “thugs” and “terrorists.”

“I remember the faces of some of them who, even today, are running for office. Those who blockaded the country, those who filled this country with blood… they are criminals. That is what they are. And there they are saying that they are going to do things, to bring prosperity. They have a lot of nerve! How can a thug offer prosperity? How can people linked to crimes offer prosperity? There are even some linked to organized crimes out there, yes, and everyone knows it,” said Murillo in her daily transmission through official media.

This type of discourse, harassment, and persecution by the regime of Daniel Ortega and Rosario Murillo against opposition candidates who aspire to the presidency have become a constant feature in recent months. Journalist Cristiana Chamorro, former president of the closed Violeta Barrios de Chamorro Foundation, is currently facing a legal process for the alleged crime of money laundering. She has described it as a “macabre action” by Ortega that seeks to “disqualify her” from the elections scheduled for November.

Other presidential hopefuls such as Felix Maradiaga and Juan Sebastian Chamorro also suffer persecution by the Ortega-Murillo regime. Both have been prevented from leaving their homes on several occasions and, when they have managed to leave, they are pursued by police officers.

Murillo: “They are criminals, they are terrorists, and they still seek to be candidates”

In her address through the government and family propaganda media, Murillo criticized the presidential aspirations of the opponents, saying they were the ones who “refused” to lift the roadblocks. These were placed by hundreds of Nicaraguans who protested and demanded the Ortega-Murillo regime to resign from power after the massacre unleashed against the demonstrations that began in April 2018.

International organizations such as the Inter-American Commission on Human Rights (IACHR) have denounced government repression against the protests. The fatalities counted in the context of the marches add up to 328 dead people, hundreds injured, thousands of exiles and more than 100 people who continue to be imprisoned for protesting against the Ortega-Murillo regime.

The Interdisciplinary Group of Independent Experts (GIEI in Spanish), in its December 2018 report, even pointed out that the Ortega-Murillo regime committed “crimes against humanity.”

Murillo, who is also the only government spokesperson, warned opponents, amid self-praise for her government, that “in God’s time, justice will always come. God’s times, times for justice and times when the obligation, duty, is to work for peace.”

Sun May 30 , 2021
The Democratic members of the Senate Judiciary Committee on Monday urged Attorney General Merrick Garland to reverse course on efforts by the Trump administration to bust a union of immigration judges and severely restrict what those judges can say publicly. In 2019, the Justice Department began a push to decertify the National […] 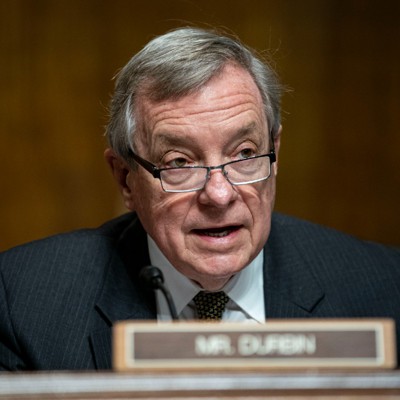