The State of New York has enacted a new law that should ease the transition away from US dollar LIBOR for legacy financial contracts that are governed by New York law but do not contain modern benchmark fallback provisions. A similar federal law is in the works, which if passed would apply nationwide.

The London Inter-Bank Offered Rate, or LIBOR, is a global interest rate benchmark index based on the average of the inter-bank offered rates for deposits of various currencies and durations in the London market based on quotations of major banks. Floating interest rates embedded in many types of financial contracts, including loans, derivatives, and bonds, are often calculated by reference to LIBOR, with a spread of a given number of basis points.

LIBOR is calculated and published by ICE Benchmark Administration Limited (IBA), which is regulated by the UK Financial Conduct Authority (FCA). In November 2017, the FCA announced that the panel banks that submit information to IBA have undertaken to continue to do so only until the end of 2021. On March 5, 2021, IBA and the FCA announced their intention to cease publishing one-week and two-month US dollar LIBOR rates after December 31, 2021, and all remaining US dollar LIBOR rates after June 20, 2023. Notwithstanding the continued publication of most tenors of US dollar LIBOR through June of 2023, the Board of Governors of the Federal Reserve System (the Federal Reserve), the Federal Deposit Insurance Corporation (FDIC) and the Office of the Comptroller of the Currency (OCC) have issued statements encouraging banks to cease entering into new contracts that use US dollar LIBOR as a reference rate as soon as practicable and in any event by December 31, 2021.

The Alternative Reference Rates Committee (ARRC) formed by the Federal Reserve and the Federal Reserve Bank of New York (the FRBNY) has recommended the Secured Overnight Financing Rate (SOFR), which is a secured rate derived from borrowing and lending activities on US treasuries, as a replacement for LIBOR in financial contracts. The ARRC also has released recommended contractual fallback language to deal with the eventuality that LIBOR will no longer be usable for a variety of product types, including bilateral business loans, floating rate notes, syndicated loans, and securitizations. The ARRC recommendations generally suggest the use of a “waterfall” of fallback language to deal with the potential discontinuance or effective unavailability of LIBOR. Under the AARC recommended fallback language, the primary fallback is a SOFR-based rate. The International Swaps and Derivatives Association, Inc. (ISDA) has also published a protocol and other related documents to facilitate the inclusion of new fallbacks for LIBOR (and other interbank offered rates) referenced in derivatives transactions.

Newly negotiated financial contracts are likely to contain robust LIBOR fallback provisions based on the ARRC’s recommendations. However, many legacy contracts contain no fallback mechanism or fallbacks that are insufficient. For example, many such contracts provide that if LIBOR quotations are not available, the applicable interest rates may become fixed based on the last available quotation. It may be feasible to implement amendments to provide workable fallback language in bilateral contracts that are regularly renegotiated, such as commercial loans. However, in other circumstances – for example, legacy asset-backed securities with widely-dispersed and often unknown holders – amending contracts may be difficult or impossible, where such contracts (as is typical) require all affected holders to consent to amendments that impair the right to receive interest.

In March 2021, the New York State Legislature passed a legislative “fix” for legacy contracts governed by New York law that was based upon a recommendation made by the ARRC. This legislation was signed into law by New York’s governor on April 6, 2021.[1] Under the new legislation, upon the applicable LIBOR rate’s discontinuance:

The new law will only affect contracts governed by New York law. Although many financial contracts fall within the law’s scope, significant numbers of other such contracts are governed by the laws of other jurisdictions. Federal LIBOR transition legislation, also largely mirroring the ARRC’s proposal, has been proposed by Rep. Brad Sherman, a California Democrat and Chair of the Subcommittee on Investor Protection, Entrepreneurship, and Capital Markets of the House Financial Services Committee, and this draft legislation has been reviewed and commented upon by various industry and consumer groups and the ARRC. On April 14, major financial industry groups including the Securities Industry and Financial Markets Association, the Structured Finance Association, and the American Bankers Association, jointly submitted a letter to members of the US House of Representatives Financial Services Committee urging passage of the federal law based on ARRC’s proposal. The bill gained further support on April 15, 2021, when key financial regulators, including staffers from the Federal Reserve and the OCC, expressed approval of the legislative effort in testimony before the House Financial Services subcommittee. This federal legislation would broaden the scope of relief to contracts governed by the laws of any US jurisdiction, though the interaction between the New York law and any federal law will depend on the final language of the federal law. As currently proposed, the federal legislation would preempt all states’ laws on the subject, including the recently-enacted New York statute, to create a nationwide standard rather than potentially-conflicting or inconsistent state laws.

Although the ARRC’s SOFR-related proposals are designed to minimize “transfers of value,” any change in a contractual reference rate may still result in economic winners and losers. Therefore, the newly-enacted New York law, as well as the proposed federal LIBOR legislation (if it becomes law), are likely to face judicial scrutiny. There are a number of important questions for courts to consider with respect to such LIBOR replacement laws, including their compatibility with the contracts clause of the United States Constitution, which prohibits states from passing any “Law impairing the Obligation of Contracts,” and, for indentures qualified under the Trust Indenture Act of 1939, with Section 316(b) of that law, which provides that the right of any noteholder to receive payments of principal and interest shall not be “impaired or affected” without the holder’s consent. The New York legislature was satisfied that the new statute would withstand any such challenges, but potential litigation asking for judicial review of that determination may be inevitable

Tue Apr 20 , 2021
“I’ll give you that Congresswoman Waters may have given you something on appeal that may result in this whole trial being overturned,” Judge Peter Cahill told defense attorney Eric Nelson on Monday. Waters on Saturday night had called for protesters to “stay on the street” and “get more confrontational” if […] 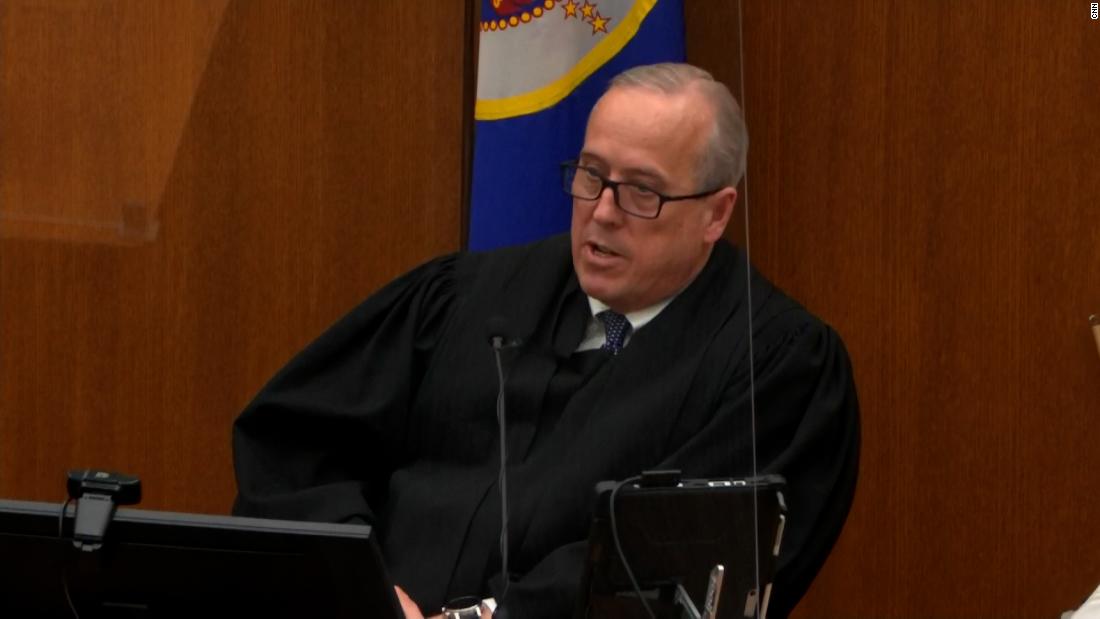