In refusing to release a proposed teachers’ contract this week, the New Castle Area School District thumbed its nose at taxpayers and flouted the spirit, if not the letter, of state Sunshine and Right-to-Know laws.

Without giving residents a chance to see or review the proposed six-year labor pact, School Board members voted on it Monday night, after members of the New Castle Federation of Teachers ratified the contract on June 9.

Even after School Board members rejected the contract on a 4-4-vote during an open meeting, district Solicitor Charles Sapienza, argued, shamefully and with a straight face, the proposed contract was exempt from the state Right-to-Know law.

Pennsylvania’s Right to Know law is clear: All records are presumed to be public, except for a few narrow exceptions, such as records that are exempt under state or federal law, judicial order, or attorney-client privilege. What’s more, the law puts the burden on the government agency — not the public — to establish why records should be exempt.

School district administrators need to be reminded the contract document doesn’t belong to the New Castle Area School District — it belongs to the people, as does the money that pays for the district’s public schools and its solicitor’s misguided legal advice.

On Tuesday, the New Castle News filed a Right-to-Know request with school Superintendent Debbie DeBlasio, asking for the teachers’ contract. The district has five days to respond, but can then request a 30-day extension.

It should not. Stonewalling is unnecessary and irresponsible, a misuse of the law and violation of the public trust.

At least School Board member Robert Lyles got it right: “I think the taxpayers deserve to see it,” he told The News Castle News. “They’re paying for it. We voted in public.”

Sapienza didn’t cite any broad public interest in attempting to justify withholding the labor contract — there isn’t one. Instead, he appears to be withholding the document for no other reason than he thinks he can.

Even if the district prevails in keeping the proposed contract secret, what’s the point? The aim is — or should be — transparent and accountable government, not twisting the law to undermine it.

“Right to Know sets the floor for public access, not the ceiling,” said Melissa Melewsky, media law counsel for the Pennsylvania NewsMedia Association. “Agencies can, and should, go above-and-beyond.”

If the district continues to withhold the contract after the 30-day extension, the New Castle News will appeal the decision to the Pennsylvania Office of Open Records, which can compel the district to release the document. By then, however, the district’s stonewalling will render the contract less relevant.

The New Castle school administration and board should disregard their solicitor’s very bad advice and release the proposed contract now.

Watch: How to hire a virtual assistant to cold call homeowners for seller leads

Mon Jun 28 , 2021
JP Wells is a sales manager for a team of overseas telemarketers who make more than 600 dials a day each to find someone who may be thinking about selling their home. Once they speak with a homeowner who is interested in getting an offer on their home, they pass […] 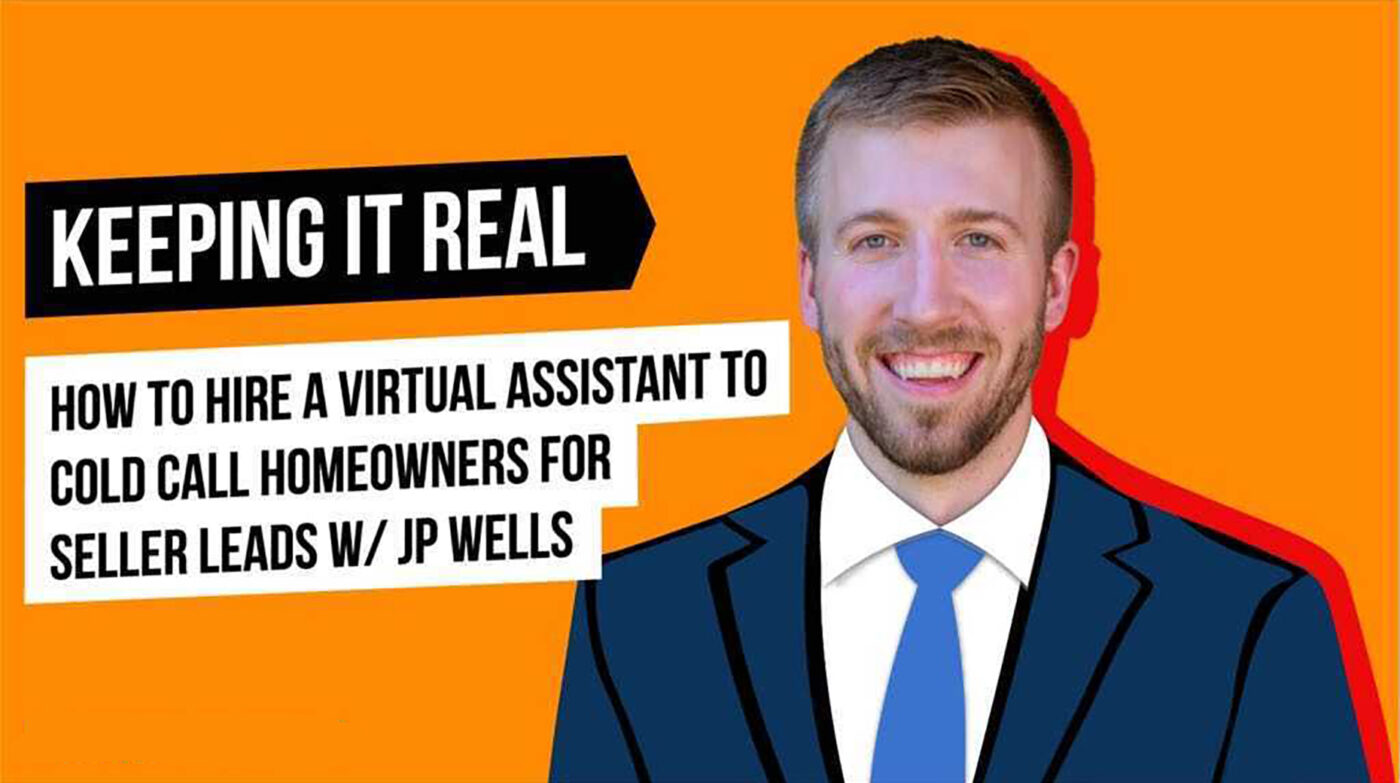