Over the last few months, the Supreme Court of Canada has handed down two rulings on the principle of good faith in contractual relations that will have long-term implications for businesses. Indeed, they go a long way in clarifying how the duties of good faith and honest contractual performance interact with termination clauses and the exercise of contractual discretion

The two cases were heard together as important follow-ups to a 2014 ruling, Bhasin v. Hrynew, in which the court introduced into Canadian jurisprudence the general organizing principle of good faith in contract.

In the first decision, C.M. Callow Inc. v. Zollinger, the Supreme Court made clear that the termination of a contract, even if done strictly by the express terms of the contract, must still be done honestly.

The case involved a dispute between a group of condominium corporations (Baycrest) and C.M. Callow Inc. (Callow). Baycrest entered into two contracts with Callow, one for summer maintenance and one for winter maintenance. Clause 9 of the winter contract provided for early termination without cause.

During the first winter, there were complaints about Callow’s snow removal work. Callow attended a meeting with Baycrest and, after which it understood that the issue was resolved. In March or April of 2013, Baycrest decided to terminate the winter contract, but did not provide Callow with the notice of termination until September to avoid jeopardizing Callow’s work under the summer contract. Callow had engaged in discussions with Baycrest about the renewal of the winter contract and believed it would likely be renewed. It performed free extra work to act as an incentive.

The court issued three separate sets of reasons in a 5-3-1 split. Justice Nicholas Kasirer, writing for the majority, concluded that Baycrest breached the contract and acted dishonestly in how it terminated the contract. The majority held that although clause 9, on its face, appeared to give an unfettered right to terminate the contract unilaterally, this had to be exercised following the duty of honest contractual performance.

Justice Kasirer held that the duty of honest performance did not constitute a positive duty of disclosure, but it did create an obligation for a party to refrain from knowingly misleading the other in the exercise of a contractual clause. That would include “lies, half-truths, omissions, and even silence, depending on the circumstances,” Justice Kasirer noted by way of example.

Justice Russell Brown, concurring in the result, would have simply disposed of the appeal based on the court’s earlier decision in Bhasin. Justice Suzanne Côté, in a strong dissent, would have dismissed the appeal. She reasoned that Bhasin was supposed to be simple and easy to apply. The dissent did not find that Baycrest’s conduct was dishonest and raised practical concerns about “how a contracting party … is supposed to know at what point permissible silence turns into a non-permissible silence that may constitute a breach of contract.”

How contractual discretion should be exercised

In the second ruling, Wastech Services Ltd. v. Greater Vancouver Sewerage and Drainage District, the Supreme Court articulated the scope of the duty of good faith in the exercise of contractual discretion. Greater Vancouver Sewerage and Drainage District (Metro) and Wastech Services Ltd. (Wastech) had a contract whereby Metro could choose one of three locations to dispose of waste. Wastech was paid different rates depending on the location chosen. Importantly, the contract gave Metro unfettered discretion to choose where Wastech would dispose of waste and did not provide it with any guarantees. Wastech alleged that Metro violated its contract by exercising discretion to send waste to closer locations, making it impossible for Wastech to meet its target profits.

The Supreme Court unanimously concluded that there was no breach of the duty to exercise discretion in good faith. Writing for the majority, Justice Kasirer noted that the duty is “breached where the exercise of discretion is unreasonable, in the sense that it is unconnected to the purposes for which the discretion was granted.” He added: “The fact that the exercise substantially nullifies or eviscerates the fundamental contractual benefit may be relevant but is not a necessary pre-requisite to establishing a breach.”

Justices Brown and Malcolm Rowe, concurring in the result, agreed that the duty to exercise contractual discretion in good faith “simply requires that a party exercise discretion in accordance with the purpose for which it was granted.” They emphasized two points. First, the purpose of good faith is to secure the performance of the contract, and not to create new rights. Second, contrary to the majority’s view that the duty to exercise discretion in good faith operates in every contract as a matter of law, they stated that “we are steadfast in our view that the purpose of a discretion clause is always defined by the parties’ intentions, as revealed by the contract.”  (emphasis in original)

Togther, the two rulings clarify how the duties of good faith and honest contractual performance interact with termination clauses and the exercise of contractual discretion. In Callow, the court has told us that liability can result if a party exercising termination rights misleads or otherwise knowingly deceives its counterparty. This is highly fact-specific, and as pointed out by Justice Côté, there may be no bright line in certain cases to distinguish when conduct amounts to dishonesty.

In Wastech, the court linked this duty of good faith to the purpose of the contractual discretion. Accordingly, the fact that one party would yield losses of “some or even all of its anticipated benefit under the contract” due to one party’s exercise of discretion is not conclusive evidence that the duty has been breached. This reasoning provides clearer guidance for contracting parties than other tests, such as whether the exercise had appropriate regard for the interests of the counterparty. The reasons in Wastech are important as they assist in clarifying the parameters of the doctrine of good faith that are applicable to the exercise of a contractual discretion.

Peter Banks is a partner at Borden Ladner Gervais LLP in Calgary, where he practices commercial and construction litigation. Tiffany Bennett is an associate in BLG’s Commercial Litigation Group. Victoria Tulk and Dana O’Shea are articling students at the firm.

Wed Apr 21 , 2021
Alberta Premier Jason Kenney said the Alberta government respects B.C.’s plan to restrict non-essential travel from outside the province, but the UCP won’t be implementing its own comparable measures to reduce transmission of COVID-19. The government of B.C. announced on Monday it would be implementing roadside checks as a […] 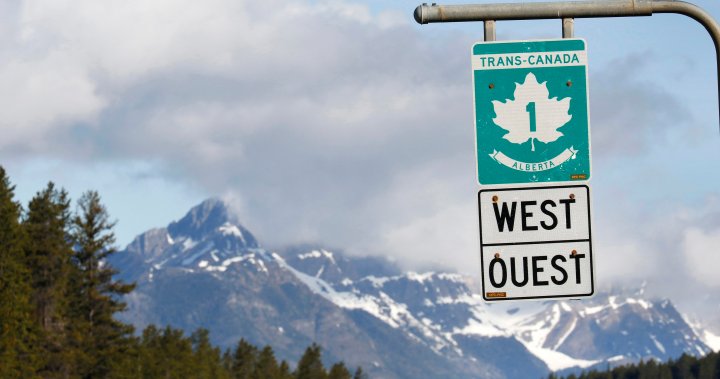