Leaders of Nassau’s largest law-enforcement union and county officials will return to the negotiating table Friday to resume talks on a new contract, nearly two months after the rank-and-file narrowly rejected a deal that offered a 25% raise over 8½ years.

Members of the 1,594-officer Nassau Police Benevolent Association, which has been working without a contract since the end of 2017, declined the offer from the county by 143 votes on Dec. 23. County officials withdrew the proposed contract in early January.

“I am looking to do a contract that will serve the needs of police officers as well as the county,” Nassau PBA president James McDermott said.

A spokesman for Nassau County Executive Laura Curran said officials welcome the latest round of negotiations.

“Nassau County is pleased with ongoing conversations as both sides continue to communicate and work towards a fair resolution,” Curran spokesman Michael Fricchione said.

County and union officials declined to say what issues will need to be addressed before a deal is reached. But McDermott said a provision that would have mandated the use of body cameras was not a hurdle.

The pandemic has changed education on Long Island. Find out how.

Under the rejected contract, Nassau officers would be paid an additional $3,000 annually to wear the devices.

Newsday reported in January that the contract proposed by the county was a victim of internal divisions within the PBA. One faction of the union argued the PBA would have been better served by mandatory arbitration.

The deal rejected in December would have given officers a $2,500 cash payment upon ratification and another payment of $2,420 on Jan. 1, 2025. It would have mandated officers to work five additional tours and pay more for health insurance.

The Nassau County Legislature approved an 8½-year contract for the Superior Officers Association in November.

The agreement awarded pay raises totaling 15% and giving officers a $3,000 stipend upon implementation of the county’s body camera program, which is expected to begin by next September.

The county agreed to an 8½-year deal with the 300 members of the Nassau Detectives Association in December 2019.

Curran has previously said any PBA agreement must “fit the pattern” of deals struck by the detectives and superior officers’ unions.

The union membership must vote on the new pact, and then it must be approved by both the Nassau legislature and NIFA, the county’s fiscal control board.

Activists held a rally in December demanding that Nassau legislators hold off on approving a new police labor contract until after the public weighs in and it’s clear the deal complies with Gov. Andrew M. Cuomo’s executive order on police reform due on April 1.

Michael O’Keeffe covers Suffolk County police and other Long Island law-enforcement agencies. He is an award-winning journalist and the co-author of two books, “The Card” and “American Icon.”

Mon Feb 15 , 2021
TALLAHASSEE, Fla. – When a victim reports a sexual assault, DNA and other evidence are collected and stored in what is known as a “rape kit,” which is then tested in hopes of identifying the offender. At its peak, Florida once had a backlog of more than 13,000 kits, but […] 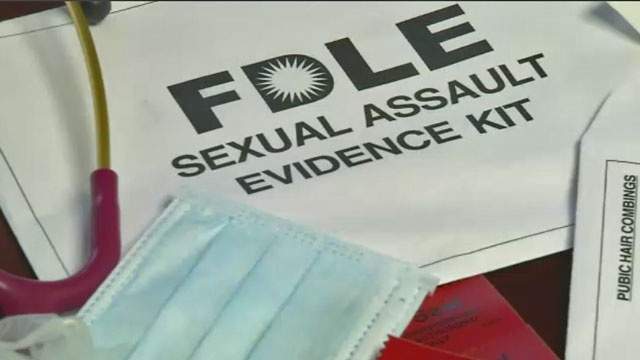