UPDATE: This item has been continued and is now scheduled to be considered by the Metro Board of Directors at their March meeting. If there are any changes to the item, we’ll update the post below next month to reflect those changes.

The Metro Board of Directors on Thursday will consider a $111-million increase to a five-year law enforcement contract with the Los Angeles Police Department, Long Beach Police Department and the Los Angeles Sheriff’s Department. The funds would pay for resources requested by Metro that have been spent to address key quality of life issues our customers have asked us to tackle — including mitigations like homeless outreach — since the contract began in July 2017. Here is the Metro staff report.

Improving safety has been a key concern for our transit customers over the past several years as indicated by Metro rider surveys and the “How Women Travel” study. It is a key performance indicator for Metro’s Customer Experience Plan and strategic plan to retain and attract riders.

Some quick background: In early 2017, the Metro Board approved a new five year, $645.7-million law enforcement contract with three law enforcement agencies to expand the number of law enforcement personnel on the system each day by 50 percent and to reduce response time to calls. This was a new approach for Metro, which contracted only with the L.A. County Sheriff’s Department in the previous policing contract.

In the last year with ridership down due to the pandemic, overall crime fell another 29.6 percent from 2019 — although in the past few months there has been an uptick in assaults mostly by unhoused people in cognitive crisis. Metro, its PATH outreach team and law enforcement is working to address this situation.

The additional $111 million to be voted on by the Board this week would be used to pay for a number of key successful safety and security initiatives that Metro has employed since the current policing contract began in July 2017. These include:

•Deploying more officers specially trained in conflict de-escalation and avoidance of use-of-force on Metro buses and trains and the system for routine patrols — in particular on the B Line (Red) and D Line (Purple) subway. More officers were also needed to support Metro service to both planned events (sports, for example) and unplanned events (demonstrations, for example).

•Assigning law enforcement to support Metro’s Path Teams in their homeless outreach efforts during a time of an unprecedented homeless crisis in our county and on the Metro transit system. This includes Metro’s Operation Shelter the Unsheltered Program, which since early last year has helped about 700 people secure shelter and connect to many others to social services. In short, our contract contains essential community relations, ambassador and other non-law enforcement causes.

•Increased efforts to greatly improve the reporting and tracking of sexual harassment on the Metro system, making Bomb  Detection K-9 units full-time instead of as-needed and the use of more officers to support Metro maintenance efforts to increase cleaning of trains during the pandemic.

In discussions over the item last week in the Metro Board’s Operations, Safety and Customer Experience Committee, many members of the public expressed the opinion that further funding of the police is unnecessary and inappropriate. Many who testified cited ‘Defund the Police’ efforts that gained momentum last year after the killings of Breonna Taylor and George Floyd by police in Louisville and Minneapolis, respectively (among other police killings of Black people in recent years).

It’s important to note that Metro stands against systemic racism and senseless violence in all forms. We concur with and understand protestors in their call for racial justice and equality and against police brutality.

In response to public concerns about excessive use-of-force by police, Metro has required all of its law enforcement and security contractors to put in place up-to-date policies that met contemporary standards. Other Metro programs to help reinforce the agency’s agenda against systemic racism are already in place and continue to evolve. These efforts are mostly overseen by Metro’s Office of Civil Rights and Inclusion, Metro’s Office of Equity and Race and the Metro Women and Girls Governing Council.

Metro last year also announced the formation of a Public Safety Advisory Committee that will include 15 members of the public as well as Metro staff. Applications were opened last fall and the committee will begin its work later this year. The idea is to recommend ways for Metro to reform the agency’s policing practices and to consider reallocating resources devoted to policing to other forms of community safety. The goal is to ensure any needed reforms are part of Metro’s next policing contract that will be considered by the Metro Board next year.

Metro’s own surveys have often found that safety is a top concern of Metro riders and ex-riders (ridership at Metro and other agencies has been dropping since 2014) — and safety is the reason some people have stopped taking transit. As a result, Metro is trying to meet dual demands — keep the system as safe as possible for customers while also ensuring that policing is ethical and fair for all riders.

The increase of the System Security and Law Enforcement contract will not come at the expense of bus or rail services. However, these enhancements should directly benefit Metro Operations through improved safety and security for bus and rail riders and our employees.

The Metro Board meeting begins at 10 a.m. on Thursday. You can listen and watch to the live webstream here and the webstream of the meeting will be archived. To offer public comment, please follow these instructions:

Live public comment can only be given by telephone.

The Board Meeting begins at 10:00 AM Pacific Time on January 28, 2021; you may join the call 5 minutes prior to the start of the meeting.

To give public comment on an item, enter #2 (pound two) when that item is taken up by the Board. Please note that the live video feed lags about 30 seconds behind the actual meeting. There is no lag on the public comment dial-in line.

Written public comments must be received by 5 p.m. the day before the meeting. Email: [email protected]

Wed Feb 24 , 2021
Gov. Andrew Cuomo’s administration got swindled trying to buy millions of dollars of Chinese medical gear amid the coronavirus crisis — and has been forced to hire a law firm in Hong Kong in a bid to recoup the taxpayer money it lost, The Post has learned. GOV. CUOMO ACCUSED […] 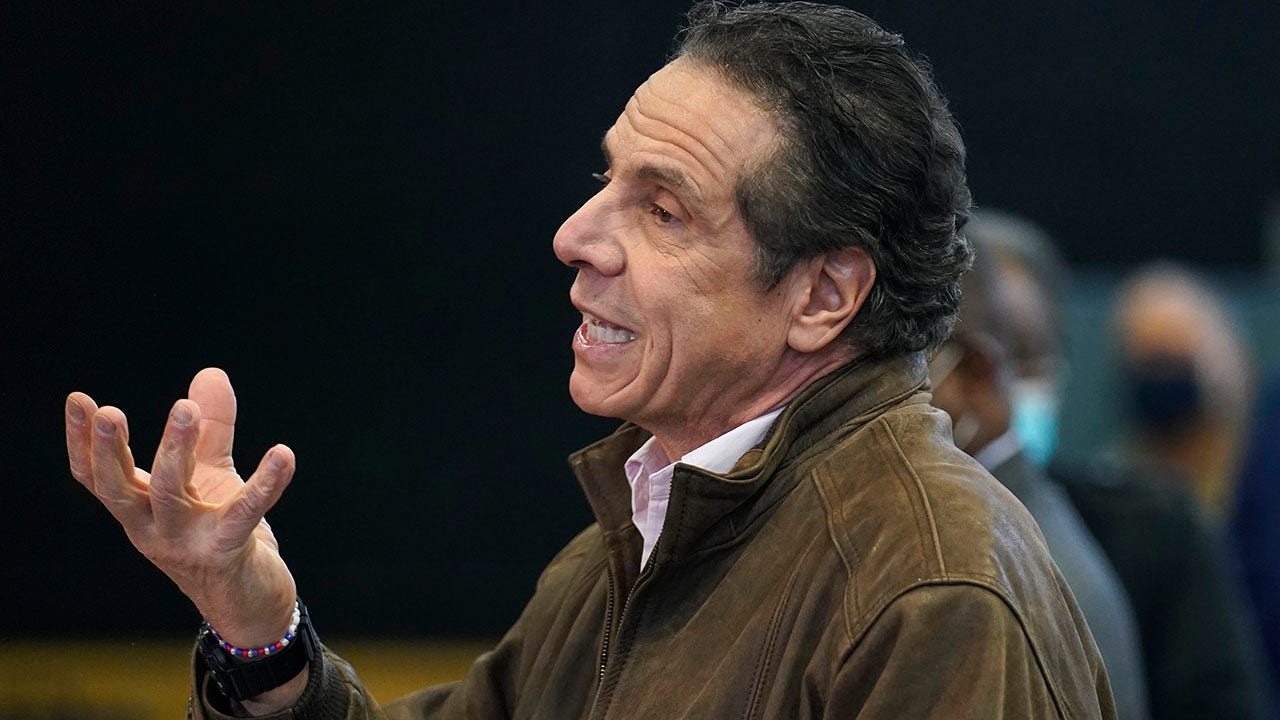