With Congress unable to pass a federal NIL statute by July 1, and with at least six state statutes set to go into effect on that date, NCAA president Mark Emmert on Friday emailed university presidents, chancellors, athletic directors and other school officials. He urged the three NCAA divisions to adopt rules that would permit NIL. The email, obtained by Associated Press writer Ralph Russo, indicated the NCAA would adopt temporary NIL rules if necessary.

Emmert’s message is hardly a surprise. He emphasized during recent Senate testimony and in other forums that he wants to avoid a situation where athletes’ NIL rights vary by state. Even among the six July 1 NIL states, there are meaningful differences in their laws. In Florida, for example, there is a fair market value requirement, whereas in Alabama and Texas, certain types of endorsements (e.g., with gambling companies) are off limits.

For months, Emmert has sought a federal NIL law. It would possess legal advantages over NCAA rules. Most important, it would be written in a way to preempt state NIL laws. Although preemption can be challenged in court, a federal law would call for a national, uniform NIL standard that effectively replaces any state NIL rules.

The NCAA and its divisions could, as Emmert urges, adopt their own national, uniform standards. However, that approach would face at least two vulnerabilities.

First, NCAA rules can’t preempt state law. The NCAA is a private, non-profit entity. It enters into membership contracts with member schools and conferences, and those contracts are enforceable under contract law. But the NCAA can’t, without accepting the risk of litigation, take any action that prevents athletes from exercising an express right under state law.

Therein lies a problem: If the NCAA adopts an NIL standard that is more restrictive than a state NIL statute, and if an athlete in that state could sign an endorsement deal under the state statute but not under the NCAA rule, the athlete could sue the NCAA. So could, possibly, the company with which the athlete seeks to enter into a contract. The NCAA rule would be in violation of state law.

Second, NCAA rules are vulnerable to antitrust challenges. This is because they reflect member institutions, which are competing businesses, joining hands through the NCAA or its divisions to restrict competition. Here, the restriction would be limitations on NIL rights.

For example, if the NCAA rule requires fair market analysis of a prospective endorsement contract, whereas the state law does not, an athlete whose prospective contract is rejected under such analysis could argue the NCAA rule violates antitrust law. It’s possible the NCAA and its members could prevail in an antitrust litigation. They could argue the rule promotes competition (i.e., it fortifies amateurism rules designed to curb pay-for-play)—but it’s also possible they lose, just like they lost to Ed O’Bannon. Antitrust claims can carry treble (three times) damages.

The antitrust risk for the NCAA and its members is not a theoretical one. Last year, Arizona State swimmer Grant House and Oregon basketball player Sedona Prince sued the NCAA and the Power 5 conferences in a California federal court. They argued the denial of NIL opportunities for college athletes violates antitrust law.

The legal landscape could be further complicated should the NCAA seek restraining orders in NIL states. The NCAA could argue the patchwork problem of divergent state NIL statutes infringes on the Contract and Commerce clauses of the U.S. Constitution. Meanwhile, the U.S. Supreme Court will release its opinion in NCAA v. Alston at some point over the next few weeks. The ruling won’t involve NIL but could significantly impact NCAA rule-making with regard to amateurism.

Mon Jun 21 , 2021
As the COVID-19 vaccination rollout gathers momentum, vaccinating crewmembers will become increasingly relevant as governments around the world consider implementing some form of a vaccine passport for any visitors. As well as protecting themselves and their crew against coronavirus, superyacht owners now have the added incentive of having a vaccinated crew: […] 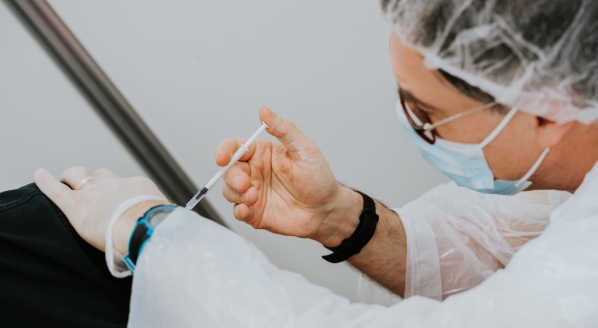