A slew of major companies and business groups came out swinging Tuesday against proposed voting restrictions being considered by the state legislature in Texas, which has emerged as the latest battleground over voting rights following last year’s election.

More than 52 companies and business leaders, including Microsoft and American Airlines, signed on to a letter opposing any new voting restrictions, though it did not specifically site two pieces of legislation being debated in Austin.

“Freedom is preserved in our democracy when we hold free and fair elections that protect the fundamental rights of all Texans. We believe that Texas elections should be convenient, transparent, and secure. We believe the right to vote is sacred. When more people participate in our democratic process, we will all prosper,” the group wrote in an open letter published under the banner of Fair Elections Texas.

“We stand together, as a nonpartisan coalition, calling on all elected leaders in Texas to support reforms that make democracy more accessible and oppose any changes that would restrict eligible voters’ access to the ballot. We urge business and civic leaders to join us as we call upon lawmakers to uphold our ever elusive core democratic principle: equality,” the group added.

In a separate letter, more than 100 Houston executives explicitly targeted the Texas bill, likening it to “voter suppression.”

The executives, who represent a breakaway group of the Greater Houston Partnership, specifically voiced concerns over provisions that would move polling places out of the heart of Houston, curtail extended voting hours and drive-thru voting, bolster the powers of partisan poll watchers, and more.

“These provisions, among others, will inevitably damage our competitiveness in attracting businesses and workers to Houston,” they wrote in a letter to Texas House Speaker Dade Phelan (R). “Especially as we aim to attract major conferences and sporting events, including the FIFIA World Cup, voter suppression is a stain on our reputation that could cost our region millions of dollars.”

The two letters mark the firmest corporate pushback so far to the voting restriction bills, which are being weighed after Georgia sparked national debate when it signed voting restrictions into law earlier this year.

Corporations in Georgia were criticized for not coming out against the limitations before they became law, a scenario the companies in Tuesday’s letters appear to be trying to avoid.

Prior to Tuesday, American Airlines and Dell Technologies were the only major corporations to officially oppose the restrictions.

Among the limitations included in the Texas bills are restrictions on extended early voting hours, bans on drive-thru voting, prohibitions on local election officials automatically sending vote-by-mail applications to voters and a requirement of a doctor’s note for Texans with disabilities who are requesting to vote by mail.

Beyond Georgia and Texas, Florida is also pushing forward with a new bill that would limit voting by mail and the use of drop boxes and prevent people from helping those waiting in line to vote, among other things.

The debate over the restrictions has opened a new divide between businesses and Republicans, with several members of the GOP saying the criticism is being fueled by ties between Democrats and the corporations.

“If you look at the CEOs of the Fortune 100, there are very, very few who you could even plausibly characterize as right of center,” Sen. Ted CruzRafael (Ted) Edward CruzNYT’s Stephens says Ted Cruz more ‘unctuous’ than Eddie Haskell The Hill’s 12:30 Report – Presented by ExxonMobil – Trump, Cheney trade jabs Cruz backs Glenn Youngkin in Virginia GOP gubernatorial primary MORE (R-Texas) told The Hill. “They are almost uniformly Democrat. And they have made the decision to enlist their companies in the political agenda of today’s Democratic Party, which is controlled right now by the radical left.”

Wed May 5 , 2021
An Arkansas judge is under investigation following a caught-on-video spat with a former state lawmaker — over the jurist’s parking spot outside the courthouse, according to reports. Benton County Circuit Judge Brad Karren was recorded blowing up at former Arkansas House Speaker Davy Carter outside the Bentonville Courthouse — with […] 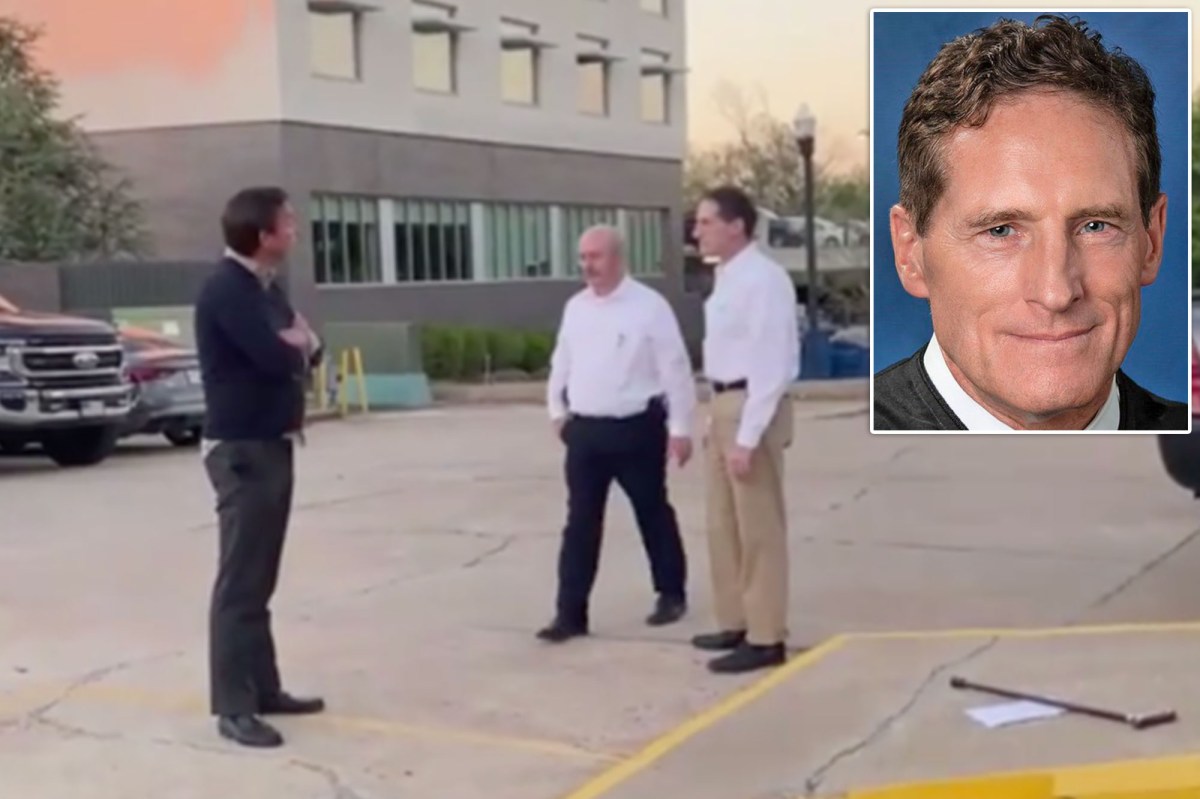