June is Pride Month and an illegal flag displayed outside of Pennsylvania Capitol on Tuesday marked the occasion.

Lt. Gov. John Fetterman chose to mark the beginning of this month celebrating LGBTQ culture and rights by once again, displaying a Pride flag on the balcony of his state Capitol office, despite knowing a law exists prohibiting it. A law passed in 2020 bars the display of any flag other than the American, Pennsylvania or POW/MIA flags on the exterior of the Pennsylvania Capitol.

”The LGBTQIA+ flags that I fly from my office are technically breaking a law,” he said in a statement. “Yet, Pennsylvania law does not explicitly protect the LGBTQIA+ community from discrimination. This must change. We must never stop pushing for equal protection under the law in Pennsylvania and across the country.”

Fetterman’s flag was confiscated by Department of General Services employees over the lunch hour while staffers were at lunch, said Christina Kauffman, Fetterman’s spokeswoman. She said he has made it clear he intends to replace it with another one.

“I can’t say I am surprised, but I am deeply disappointed that the flags were removed, on the literal start of Pride Month,” Fetterman said in a statement. “But what’s even more disappointing and angering is that the Republicans in Pennsylvania can quickly come up with legislation to take down the flags, but not to ensure that Pennsylvania law explicitly protects the LGBTQIA+ community from discrimination.”

The 2020 flag banning law was initiated by House Republicans in response to the lieutenant governor’s displaying of flags on his balcony directly over the main entrance to the Capitol promoting LGBTQIA+ rights and recreational marijuana legalization.

The Republicans said at the time the flag ban is intended to “develop decorum and uniformity for what is displayed at the Capitol.”

Fetterman tweeted back then that he found it “kinda flattering that they changed Pennsylvania law just for me.”

But the passage of that law has not stopped the lieutenant governor from displaying banners carrying symbols of issues that he has championed even before his election as lieutenant governor in 2018 – only to have representatives from the state Department of General Services visit his office to remove the flags.

“Lieutenant Governor Fetterman plays an essential role in carrying out Pennsylvania laws. By his continued defiance of the law that was passed by the General Assembly and signed by Governor Wolf, he continues to set a poor example to Pennsylvanians about what it means to respect the rule of law in this commonwealth,” said House GOP spokesman Jason Gottesman on Tuesday.

Fetterman, who officiated the first same sex marriage in Allegheny County in 2013 when it was still banned in this state, said the way to get him to stop displaying his flags is for the General Assembly to pass laws legalizing marijuana and extending the state’s anti-discrimination protections to the LGBTQIA+ community.

Legislative efforts to do both have been introduced in several sessions but fail to gain much traction.

* This post has been updated to include a statement from Lt. Gov. John Fetterman.

Wed Jun 2 , 2021
Derek Chauvin made his first federal court appearance Tuesday on civil rights charges. The charges stem from the death of George Floyd, as well as the arrest of a 14-year-old boy in 2017. A judge appointed an attorney to represent Chauvin as he is “financially unable” to hire one. Visit […] 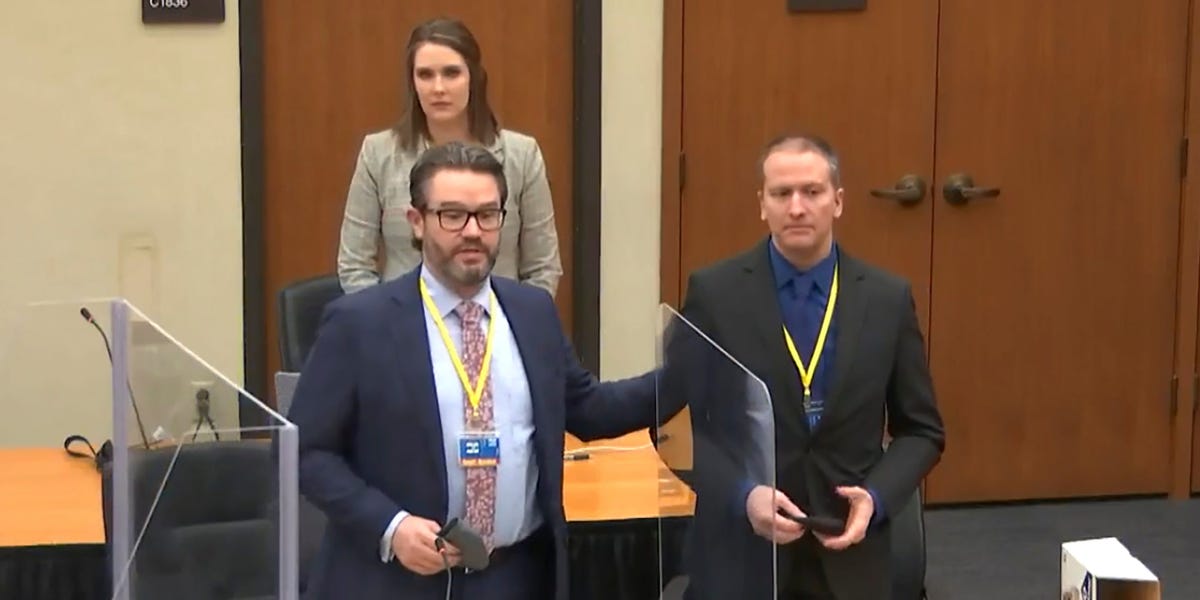