Jasmine Hartin, daughter-in-law of British billionaire Lord Michael Ashcroft was taken to the notorious Belize prison after she was charged with manslaughter by negligence on Monday.

Ms Hartin, Andrew Ashcroft’s wife, was arrested and charged in the shooting of a police officer in Belize on Monday.

Godfrey Smith, Ms Hartin’s lawyer, told the media that her bail application was rejected. She was taken to the Belize Central Prison, known for its inhuman treatment of inmates and overcrowding.

In 2020, a US Department of State report on the prison said “there continued to be reports of harsh conditions” at the lockup “due to inadequate sanitation procedures.”

The 32-year-old is facing up to five years in prison or a huge fine in the shooting of Belize police officer Henry Jemmott.

Commissioner of Police, Chester Williams said that Ms Hartin and Mr Jemmott were known to be friends and “from what we have been made to understand they were drinking”. Mr Jemmott’s body was found in the water off a pier in San Pedro with an apparent gunshot wound behind his ear.

As she was taken to the Belize prison, her shackled hands were covered with a plastic bag and her face was shadowed by a hoodie. Her lawyer has said that they will appeal the court decision to refuse her bail.

Meanwhile, the Belize police officer’s family is upset that she is not facing stiffer charges, the Daily Beast reported. “This is not justice,” his sister Cherry Jemmott, 48 said. “My brother will have a state funeral on June 12. He gave 24 years to the police. And this is the value they put on his life?”

Ms Hartin was taken ashore at Barracks Dock in Belize City and was transferred to a blue police van for the 30-minute drive to the prison, heading inside the gates at around 4:30 pm local time, according to reports.

In a poignant moment for the Jemmott family, Ms Hartin walked past a memorial to the officer just outside the police station, hours before she was taken to the prison.

In her statement, Ms Hartin had said that she was giving Jemmott a massage when she asked him to hand over his pistol, which went off accidentally.

Police have refuted accusations that she is going to receive special treatment in the prison because of her connection with the wealthy and influential Ashcroft family.

A teacher was placed on leave for refusing to use transgender students’ pronouns. Now he’s suing.

Wed Jun 2 , 2021
Next step: Congress has to create this new judgeship, along with 78 others across the country The U.S. Northern District of Iowa federal courthouse in downtown Cedar Rapids. CEDAR RAPIDS — Federal court officials recently received approval to add a district judge to the docket in the Cedar Rapids courthouse, […] 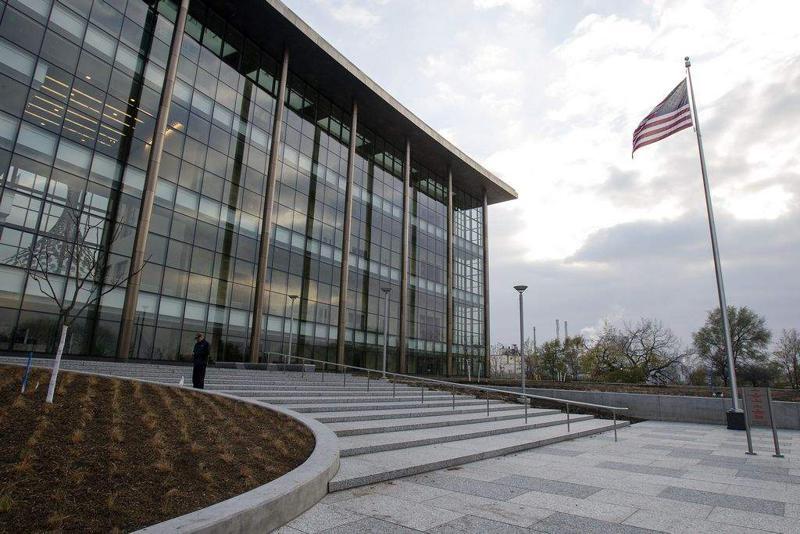