Limitation-of-liability clauses are generally considered to not violate public policy. See e.g., Martin v. Lou Poliquin Ents., Inc., 696 S.W.2d 180, 186 (Tex. App.—Houston [14th Dist.] 1985, writ ref’d n.r.e.) (“a limitation of liability clause may waive a party’s right to recover under the common law theory of breach of contract”); Brewer v. Myers, 545 S.W.2d 235, 237 (Tex. App.—Tyler 1976, no writ) (citations omitted) (“Having thus bound himself to accept the sum for such damages as may be suffered by reason of nonperformance of the contract on the part of the purchaser, the seller cannot sue the proposed purchaser for actual damages.”); Vallance & Co. v. DeAnda, 595 S.W.2d 587, 590 (Tex. App.—San Antonio 1980, no writ); Allrights, Inc. v. Elledge, 515 S.W.2d 266, 267 (Tex. 1974). When determining whether a limitation of liability provision violates public policy, courts will generally consider whether there was a disparity in bargaining power between the parties. Allright, 515 S.W.2d at 267. Some courts have also applied an unconscionability analysis. Head v. U.S. Inspect DFW, Inc., 159 S.W.3d 731, 748-749 (Tex. App.—Fort Worth 2005, no pet.). Under that analysis, courts will consider the bargaining process (procedural unconscionability aspect) and the fairness of the contractual provision in controversy, by determining whether there are legitimate commercial reasons that justify its inclusion as part of the agreement (substantive unconscionability aspect). Id.; Am. Employers’ Ins. Co. v. Aiken, 942 S.W.2d 156, 160 (Tex. App.—Fort Worth 1997, no writ). A party relying on the defense of unconscionability carries the burden to show both procedural and substantive unconscionability. In re Turner Bros. Trucking Co., 8 S.W.3d 370, 376-77 (Tex. App.—Texarkana 1999, orig. proceeding).

Following the Supreme Court’s reasoning in Prudential and upholding the well-established principle that “fraud vitiates whatever touches it,” we conclude a buyer cannot be bound by an agreement waiving exemplary damages if the seller commits fraud by nondisclosure. To conclude otherwise would allow a seller to deliberately fail to disclose material facts to entice a buyer to enter a contract and then shield himself from damages to which the buyer is entitled.

Id. at 305. This case was reversed by the Texas Supreme Court, which held that generally limitation-of-liability clauses for punitive damages were enforceable in fraud actions:

We have never held, however, that fraud vitiates a limitation-of-liability clause. We must respect and enforce terms of a contract that parties have freely and voluntarily entered. And the plaintiffs “cannot both have [the] contract and defeat it too. Rather than seeking rescission of the agreements based on Bombardier’s fraudulent conduct, the plaintiffs have tried to enforce the agreements, seeking an award of actual damages, while at the same time seeking to strike the limitation-of-liability clauses to receive an exemplary damages award. In Italian Cowboy Partners, Ltd. v. Prudential Insurance Company of America, 341 S.W.3d 323 (Tex. 2011), we explained that “when sophisticated parties represented by counsel disclaim reliance on representations about a specific matter in dispute, such a disclaimer may be binding, conclusively negating the element of reliance in a suit for fraudulent inducement.” Id. at 332. We further explained that fraudulent inducement is not always a ground to set aside a contract, stating that in certain circumstances a contract’s terms may preclude a claim for fraudulent inducement with “a clear and specific disclaimer-of-reliance clause.” Id. Similarly, Bombardier and the purchasing parties—sophisticated entities represented by attorneys in an arms-length transaction—bargained for the limitation-of-liability clauses to bar punitive damages. In balancing the competing interests between protecting parties from “unintentionally waiving a claim for fraud” and “the ability of parties to fully and finally resolve disputes between them,” we believe parties can bargain to limit exemplary damages. See id. We note that the purchasing parties did not waive a claim for fraud; they only waived the ability to recover punitive damages for any fraud. As such, the valid limitation-of-liability clauses must stand.

Bombardier Aerospace Corp. v. SPEP Aircraft Holdings, LLC, 572 S.W.3d 213, 232 (Tex. 2019) (internal citation omitted). It is unclear why the Texas Supreme Court would allow a party guilty of fraud to take advantage of a clause that artificially limited the grieved party’s ability to seek damages in a voided agreement that never should have been executed.

It should be noted that when a fiduciary enters into a transaction with a principal, there is a negative presumption that the transaction is invalid and the burden is on the fiduciary to prove the fairness and enforceability of the transaction. For example, in Keck, Mahin & Cate v. Nat’l Union Fire Ins. Co., the Texas Supreme Court considered whether a release agreement could bar claims arising from a fiduciary relationship. 20 S.W.3d 692, 699 (Tex. 2000). The court determined that the release did not preclude claims brought against an attorney. The Court held that because the relationship was fiduciary in nature and the release was negotiated during the attorneys’ representation of the insured, the presumption of unfairness or invalidity applied. Id. at 699. The attorneys had the burden to show the release was fair or valid. Id. at 699. The court stated:

Contracts between attorneys and their clients negotiated during the existence of the attorney-client relationship are closely scrutinized. Because the relationship is fiduciary in nature, there is a presumption of unfairness or invalidity attaching to such contracts. . . KMC had the burden on summary judgment to prove that the release agreement it negotiated with Granada was fair and reasonable. Further, it was KMC’s burden as a fiduciary to establish that Granada was informed of all material facts relating to the release. The present summary judgment record does not establish the state of Granada’s information or that the agreement was fair and reasonable. The only evidence that KMC identifies is a recitation in the release that KMC “advised Granada in writing that independent representation [would be] appropriate in connection with the execution of this Agreement.” This bare recitation is not sufficient to rebut the “presumption of unfairness or invalidity attaching to the contract.” Accordingly, KMC has not carried its summary judgment burden… KMC has not established that the release agreement is a complete defense to National’s and INA’s equitable subrogation claim…

How can a fiduciary prove the fairness of a transaction? In Harrison v. Harrison Interests, a beneficiary of an estate and multiple trusts had a dispute with the executors and trustees. No. 14-15-00348-CV, 2017 Tex. App. LEXIS 1677 (Tex. App.—Houston [14th Dist.] February 28, 2017, pet. denied). The parties then executed a master settlement agreement that allowed the parties to dissociate themselves, distribute property, and that agreement contained releases for the fiduciaries. After the agreement was signed, the beneficiary had additional complaints and filed suit. The fiduciaries argued that the releases in the agreement precluded the beneficiary’s breach of fiduciary duty claim. The beneficiary argued that certain portions of the agreement were unfair and contended that because the defendants owed him fiduciary duties, as a matter of law, the defendants were required to rebut a presumption that the transactions are unfair. The trial court granted summary judgment for the defendants based on the release language, and the beneficiary appealed.

The court of appeals held: “Texas courts have applied a presumption of unfairness to transactions between a fiduciary and a party to whom he owes a duty of disclosure, thus casting upon the profiting fiduciary the burden of showing the fairness of the transactions.” Id. “Where a transaction between a fiduciary and a beneficiary is attacked, it is the fiduciary’s burden of proof to establish the fairness of the transaction.” Id. The court of appeals noted that it must balance the principle that fiduciary duties arise as a matter of law with an obligation to honor the contractual terms that parties use to define the scope of their obligations and agreements, including limiting fiduciary duties that might otherwise exist. “This principle adheres to our public policy of freedom of contract.” Id. The court held that in deciding whether the release is valid, the court should consider the following factors: “(1) the terms of the contract were negotiated, rather than boilerplate, and the disputed issue was specifically discussed; (2) the complaining party was represented by counsel; (3) the parties dealt with each other in an arms-length transaction; (4) the parties were knowledgeable in business matters; and (5) the release language was clear. The court also emphasized that the fact that the parties “are effecting a ‘once and for all’ settlement of claims” weighed in favor of upholding the release. Id.

Sat Sep 11 , 2021
Homeowners cannot legally shoot someone who is trespassing on their property or breaking into a vehicle. Brookhaven Police Chief Kenneth Collins made the statement during Tuesday’s regular meeting of the City’s Board of Aldermen. “Don’t hurt anybody inside your car or on your property,” Collins said. “Call the police. Let […] 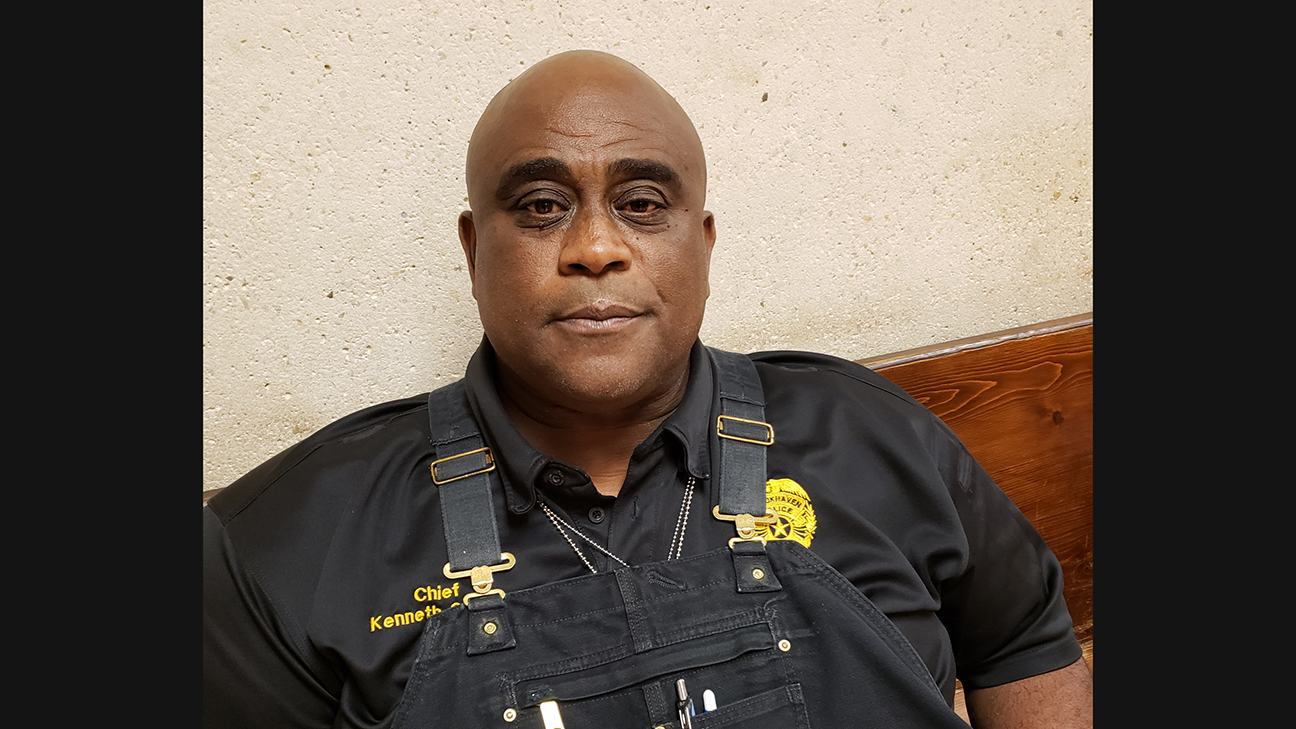