The annual value of the Polish public procurement market, i.e. the total value of contracts concluded under the provisions of the Public Procurement Law by central and local government in a single year in Poland, is estimated at over PLN 200 billion (circa US$55 billion).

Due to European Union regulations and international agreements (e.g. the WTO Agreement on Government Procurement, also signed by the U.S.) public tenders in Poland are almost fully open for international competition and foreign economic operators are not discriminated against and restricted in applying for public contracts. Every year foreign contractors successfully bid and win tenders in Poland. For example, in 2018, almost 800 contracts worth PLN 18.7 billion were signed with foreign companies, which accounted for 13% of the Polish public procurement market value.

The main barrier to market access for foreign contractors, especially from outside the European Union, are the complicated legal regulations often stemming from the EU regulations, e.g. regarding the documents that a foreign economic operator must collect and present in a Polish public tender. Economic operators often do not understand the requirements in this regard and are unable to meet them. Other frequent reasons for rejecting the bids of foreign contractors are mistakes made by contracting authorities when evaluating the documents submitted by contractors. Polish contracting authorities are often not familiar with the specifics of foreign documents and are unable to interpret them correctly.

Economic operators, however, are not left to the mercy and whim of contracting authorities. Poland developed one of the most efficient systems of legal remedies available for contractors in the European Union and the legal framework for this system was established (or rather improved) by the Act of 11 September 2019 Public Procurement Law1 (“PPL” or “Act”), which entered into force on 1 January 2021.

With relatively low court fees, contractors who disagree with the decisions of contracting authorities, such as the rejection of their bids or the selection of a competitor’s offer, can lodge (1) an appeal against almost any contracting authority’s actions to the National Appeal Chamber in Warsaw and (2) file a complaint against a NAC judgment to the District Court in Warsaw.

According to PPL provisions, legal remedies specified in this Act are available to economic operators, design contest participants, and other entities if they have or used to have an interest in being awarded a contract or a prize in a design contest or have incurred or may incur damage as a result of breach of the provisions of the Act by the contracting authority.

The first of the above mentioned legal protection measures is an appeal to the National Appeal Chamber (“NAC” or “Chamber”), which is an independent, public quasi-juridical body competent to hear first instance appeals.

An appeal may be lodged against:

Normally, an appeal should be lodged:

The initial fee to be paid by the appellant to start appeal proceeding varies depending on the value and the type of the contract being appealed:

It is said that the NAC is the fastest court in the European Union. Based on my own experience as a long-time member of the Chamber and simple statistics, I can confirm this opinion. In fact, in most cases the Chamber considers appeals, schedules its hearings and returns its verdicts within two weeks of submission of appeals. That is hardly possible or even difficult to imagine in any other court or administrative body in Poland. But legal disputes regarding public tenders do not always end with an NAC judgement. Contractors and contracting authorities have the right of complaint against the Chamber’s rulings with the District Court in Warsaw, which acts as a second instance authority in the Polish system of legal remedies.

The complaint should be filed within 14 days from the date of delivery of the ruling of the Chamber. The initial court fee is three times higher than the initial NAC fee. Moreover, a court case can consume much more time than NAC proceedings. Theoretically, the court should examine the case within one month from the date of receipt of the complaint, but in practice, most often, it takes at least a couple of months. In this context and in relation to the above, there is one more difference between NAC and court proceedings. Where an appeal has been lodged, the contracting authority may not conclude the contract until the Chamber passes its judgement or announces a decision ending the appeal proceedings.

Filing a complaint to the court has no such “stand still” effect. The contracting authority is free to conclude the contract in line with a NAC ruling right after its announcement without waiting for the result of court proceedings.

Thus, it should be highlighted that the legal remedies available in public procurement disputes have the advantage of speedy resolution without fear of irreversible decisions coming down while proceedings are in progress.

Thu Mar 11 , 2021
By Jeff Mason | Reuters WASHINGTON – President Joe Biden signed his $1.9 trillion stimulus bill into law on Thursday, commemorating the one-year anniversary of a U.S. lockdown over the coronavirus pandemic with a measure designed to bring relief to Americans and boost the economy. The Democratic-led U.S. House of […] 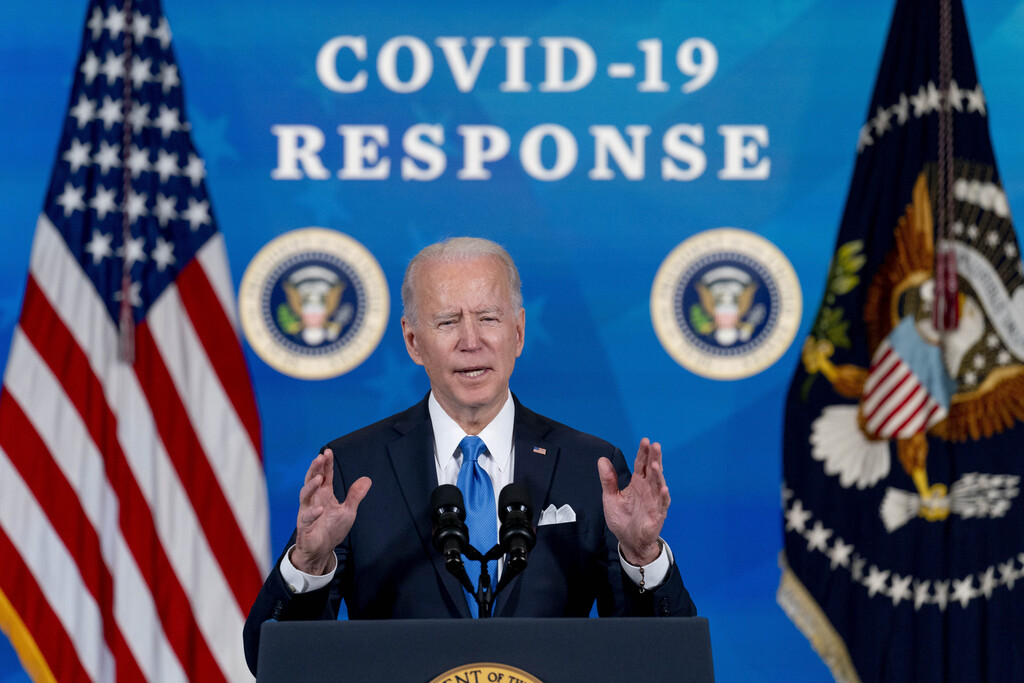