MORE: Cruising in Florida is back amid pandemic; Here’s what you need to know

Bozetarnik, like every else, stayed docked on land during the pandemic.

“It’s been sad,” she said. “We have probably had five cruises canceled since this started. We had two scheduled for last year and three scheduled for this year.”

This month, she’s finally cruising out of the Bahamas.

“Roundtrip out of Nassau for seven days,” she said.

It wasn’t the easiest decision to make, but she said she felt comfortable with the requirements.

She also felt comfortable with the protocol in place.

“Even though we are vaccinated, we are having to be tested before we get on the ship, and they are giving us contact tracing devices to wear,” she said. “So that if somebody does have COVID, they will know who they were in contact with. All those options made us feel alright we will be as protected as can be when we are on the ship.”

Bozetarnik, like many other cruisers, knows what she wants on board and what she doesn’t want.

“Even if you are vaccinated, you still have a chance of getting it,” she said. “So if you have a large portion of unvaccinated people, and you do get a breakout, I think it would be a lot easier for people who are vaccinated to get it.”

Mark Hanson, an attorney with cruise line litigation who works for Gordon and Partners, said it is “going to be an interesting war. There is no answer.”

Hanson said there is a lot of unknown when it comes to the issue of vaccine passports.

“We are in unchartered water to be sure,” he said. “It is going to challenge our constitutions, both federally and at the state level. It is going to be a battle of wills between the governor and federal government and the cruise lines.”

The federal court recently ruled in favor of the CDC and its COVID rules and against DeSantis. He’s since vowed to appeal the decision.

“There is a federal question and interest in commerce. There is a state interest in employability of the citizens of the state of Florida, that if the cruise lines leave and go elsewhere, say to the Caribbean for instance, we’ve lost a lot of jobs,” Hanson said. “So there are competing interests, federal versus state, and that goes all the way back to the beginning of our country when all those issues were discussed.”

Hanson expects many lawsuits to come on all aspects of cruising amongst COVID-19.

Bozetarnik said she understands the unique situation in the Sunshine State.

“I think the whole situation in Florida is dicey, because that is such a huge industry, and I feel like at least at the start, if we could say, ‘OK, let’s have everybody vaccinated to get on board, and let’s see how it goes.’ And then maybe down the road, ‘OK, we have gotten this under control, most people are vaccinated, maybe we can take that restriction off,'” she said. “It doesn’t have to be a permanent restriction.”

For now, a first step onboard. The legalities will come next.

“I can’t wait, I cannot wait!” Bozetarnik said. “We have one scheduled in December as well, and that one is supposed to go out of Florida, so we will see how that one goes. I’m very much looking forward to just being on the ship.”

Norwegian’s first sailing from Florida is set for Aug. 15. It is not known if they will sail if it cannot require vaccines.

Wed Jul 21 , 2021
“We will still generate enough revenue to cover those needs,” she said. “… The facts just don’t bare that opinion out, certainly doesn’t warrant an outburst like we saw.” Fulton County’s court backlog has gone from a simmering problem to a boiling crisis in the past year, thanks largely to […] 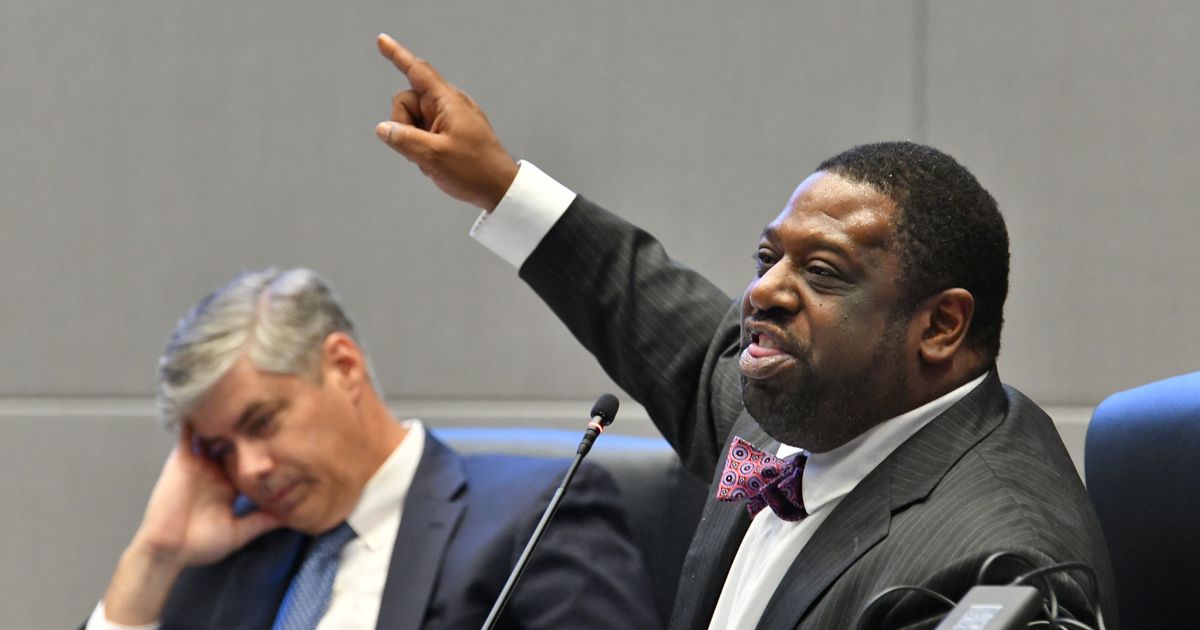