A judge overseeing the trial of Derek Chauvin, who is charged in George Floyd’s death, ruled Friday that the former Minneapolis police officer’s trial location will not be moved or delayed.

Hennepin County Judge Peter Cahill on Friday denied a defense request to postpone Chauvin’s trial, after a $27 million settlement for Floyd’s family raised concern about a tainted jury. Cahill also partially granted a defense motion, ruling that Floyd’s May 6, 2019, arrest can be included in the trial but on a limited basis.

Chauvin has been charged with murder and manslaughter in the May 25, 2020, death of Floyd. In moments captured on video by a bystander, Chauvin was seen pressing his knee against Floyd’s neck for about nine minutes during his arrest. Floyd’s subsequent death set off weeks of sometimes-violent protests across the country and led to a national reckoning on racial justice and police brutality.

In this image taken from video, Hennepin County Judge Peter Cahill speaks during pretrial motions, prior to continuing jury selection in the trial of former Minneapolis police officer Derek Chauvin, Thursday, March 11, 2021, at the Hennepin County Courthouse in Minneapolis, Minn. Chauvin is accused in the May 25, 2020, death of George Floyd.
(Court TV/ Pool via AP)

Chauvin’s defense attorney Eric Nelson’s motion sought to halt or move the trial due to concerns that a recent, $27 million settlement to Floyd’s family had tainted the jury pool.

Jury selection was halfway complete last week in former officer Derek Chauvin’s trial when the city of Minneapolis unanimously approved the payout to settle a civil lawsuit over Floyd’s death.

Cahill, who has called the timing “unfortunate,” said he believes the publicity related to this case will continue for some time.

“As far as change of venue, I do not think that that would give the defendant any kind of a fair trial beyond what we are doing here today,” he said. “I don’t think there’s any place in the state of Minnesota that has not been subjected to extreme amounts of publicity on this case.”

Cahill denied similar motions last year, and though some potential jurors were dismissed because they said news of the settlement would influence them, others were seated after saying either they hadn’t heard of it or could set it aside.

The other issue was Floyd’s 2019 arrest, just a year before his fatal encounter with Chauvin.

Cahill also previously denied the defense’s attempt to allow the year-old arrest at trial. But he heard fresh arguments this week because of drugs found in January in a second search of the police SUV in which the four officers attempted to put Floyd in 2020.

Nelson also argued that similarities between the encounters are relevant, with Floyd calling out for his mother, claiming he had been shot before, crying and putting what appeared to be pills in his mouth. Nelson had said there were similarities between both incidents and that the evidence is relevant to the cause of Floyd’s death, which is in dispute.

It can be only used, as Cahill ruled, “as an example of Mr. Floyd’s bodily reaction, his physical symptoms upon being confronted in almost the exact situation.”

But Floyd’s “emotional behavior, calling out for his mother,” will not be allowed, he said.

Prosecutor Matthew Frank had argued that the defense was simply looking for a backdoor way to portray Floyd as a bad person, and the only relevant issue in Floyd’s death is how he was treated by police.

Jury selection continued on Friday, when attorneys questioned potential jurors in order to fill two more spots on the panel. More than 90 potential jurors had been interviewed as of Friday morning.

Opening statements are slated to begin on March 29 if jury selection is completed.

Fri Mar 19 , 2021
A Mexican federal judge has suspended indefinitely President Andres Manuel Lopez Obrador’s controversial electricity law, throwing it into a legal limbo that could see the government seek a constitutional reform of the energy sector. The so-called “definitive” suspension of the law was granted on Friday by Juan Pablo Gomez Fierro, […] 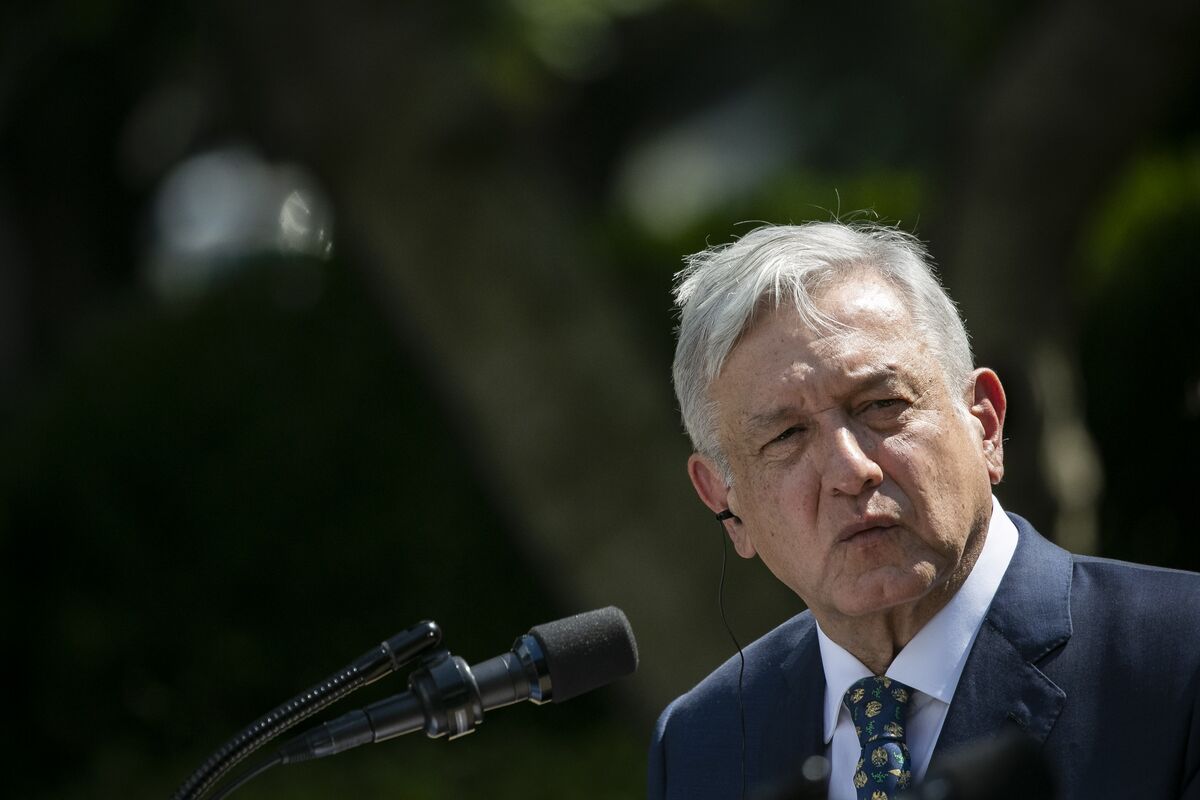