INDIANAPOLIS (WISH) — A controversial bill under consideration at the Statehouse would repeal the law that requires Hoosiers to obtain licenses to carry handguns.

Supporters say the legislation, House Bill 1369, is getting a hearing is a huge step in the right direction to restore Second Amendment rights; the opposition sees the measure as dangerous.

Patricia Rettig, a volunteer with the Indiana chapter of Moms Demand Action, told News 8 on Wednesday, “We have a real issue with guns in Indiana for sure. We are the 19th state for deaths by gun.”

Moms Demand Action is making its voices heard. “We want to increase public safety. We respect the Second Amendment. We aren’t trying to take guns away from people. We simply want to take guns out of the wrong hands.”

On Wednesday, state lawmakers heard testimony on the House bill, which specifies that people would not be required to get or have a license or permit from the state if they are not prohibited by law from carrying or possessing a handgun.

Rettig said, “It lowers the bar. It removes permitting, which removes background checks. So, people who are otherwise unable to get a gun now would be able to if you take away that background check. So, while it may state there are certain stipulations, how are we going to know those stipulations are there until something tragic happens?”

The group Hoosier Gun Rights, which supports the measure, argues in a statement that “as a law-abiding citizen, you shouldn’t need any ‘permission slip’ from the government to keep and bear arms.” Candee Anderson supports the measure. “When you punish citizens by making more laws, more fees, making them jump through more hoops, it doesn’t stop the criminal element. All it does is penalize law-abiding citizens who just want to carry out their constitutional rights to protect themselves and their families.”

The measure was written by Rep. Ben Smaltz, a Republican from Auburn. No votes on the measure have been recorded on the legislature’s website. The chair of the committee that heard the measure Wednesday said, over the next few days, people can talk with legislators about their support or opposition of the bill.

The bill sponsor says he expected the legislature would dedicate the $3.5 million in permits fees that police departments now collect and spend on equipment and training. The Associated Press reported several police officials spoke against the bill, saying it would make it more difficult to identify who shouldn’t possess handguns.

Thu Feb 11 , 2021
GREEN BAY, Wis. (WBAY) – Officials with the Wisconsin Humane Society in Green Bay say a law enforcement hold on a large amount of animals has been lifted, and the many of the animals are ready to be placed in new homes. As Action 2 News first reported in late […] 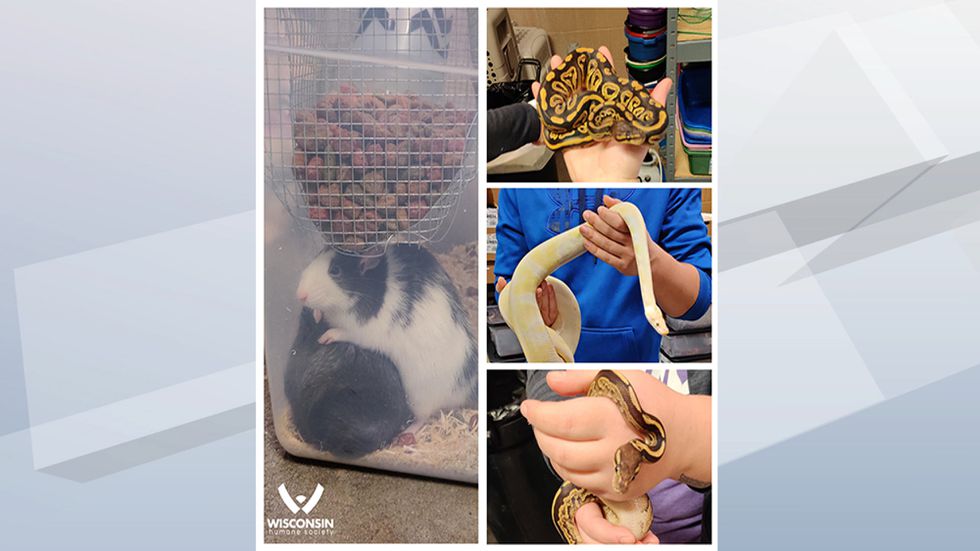