According to the PRC Contract Law, capable parties are free to enter into a contract in written, oral or other forms by themselves or through authorised agents. Commercial contracts are usually made in writing.

i Key clauses of a contract

(1) titles or names, and domiciles of the parties; (2) subject matter; (3) quantity; (4) quality; (5) price or remuneration; (6) time limit, place, and method of performance; (7) liability for breach of contract; and (8) methods of dispute resolution.

Depending on the transaction habits and the legal knowledge of parties, not all contracts contain all of the aforementioned clauses. Interpretation of the Supreme Court on Certain Issues Concerning the Application of the PRC Contract Law (II) (Interpretation II) further clarifies the essential clauses of contracts. Where disputes arise over whether the parties have concluded a contract, the contract shall be deemed concluded if the name of the parties, the subject matter and quantity of the contract can be recognised.

Where there is an offer and an acceptance, there is a contract. An offer is an expression of intent to contract with others. The contents of an offer must be specific and definite and it shall be indicated in the offer that the offeror will be bound once they have accepted. In order to increase the ratio of contracting, a party may take some measures to invite others to make an offer to them, such as commercial advertisements. If the content of a commercial advertisement is so specific and definite as to comply with the offer, the commercial advertisement will be deemed as an offer. An acceptance must be made by the offeree within the given time of the offer. The content shall be consistent with the offer. If the content of an acceptance substantively modifies the contents of the offer (for example, the subject matter, the quantity or price, etc.), or the acceptance reaches the offeror after the time limit, it will be deemed a new offer. The Civil Code also makes it clear that if the acceptance is made within the time limit for acceptance in such a way as to be unable to reach the offeror in time under the usual circumstances, it will be deemed a new offer. A contract is established when the acceptance becomes effective.

Where it is provided by the laws or regulations that a contract shall only take effect upon approval or registration, these provisions shall govern. For example, if it is provided that a contract established in the establishing or altering of a foreign-invested enterprise shall be effective only upon the completion of approval by authorities, the contract shall take effect upon the date of approval. Without approval, the court shall uphold that such contract has not come into effect through the process of litigation. The Civil Code stipulates that, if a party fails to comply with the procedures for approval or other formalities that affect the effectiveness of the contract, it does not affect the validity of the provisions concerning these obligations and other provisions relevant. The other party may hold it liable for breach of such obligations. Parties may attach conditions to the effectiveness of a contract. Regarding conditions for its entry into effect, the contract shall become effective upon the satisfaction of such conditions, before which, the contract is established, but is not deemed to have taken effect.

Parties may attach a time limit for the contract’s entry into effect. The contract shall take effect upon the expiration of such time limit.

A legally valid contract shall meet the following requirements:

If the contracting expression is not genuine or not out of the free will of parties, the contract might be revocable in the following situations:

The right to revoke a contract shall be exercised through a court or an arbitration institution within one year from the date that the cause of revocation is known or ought to be known.

A contract shall be void under any of the following circumstances:

If one party acts against the principle of good faith and causes the losses of the other party while contracting, the party might be held liable under any of the following circumstances:

Law enforcement failed to act on intel ahead of Capitol riot: report

Mon Feb 8 , 2021
A sprawling network of federal and local law enforcement across the US that is designed to stave off terrorist threats failed to protect the Capitol on Jan. 6 because officials did not act on intelligence that had been gathered prior to the riot, a report said Monday. The intelligence included […] 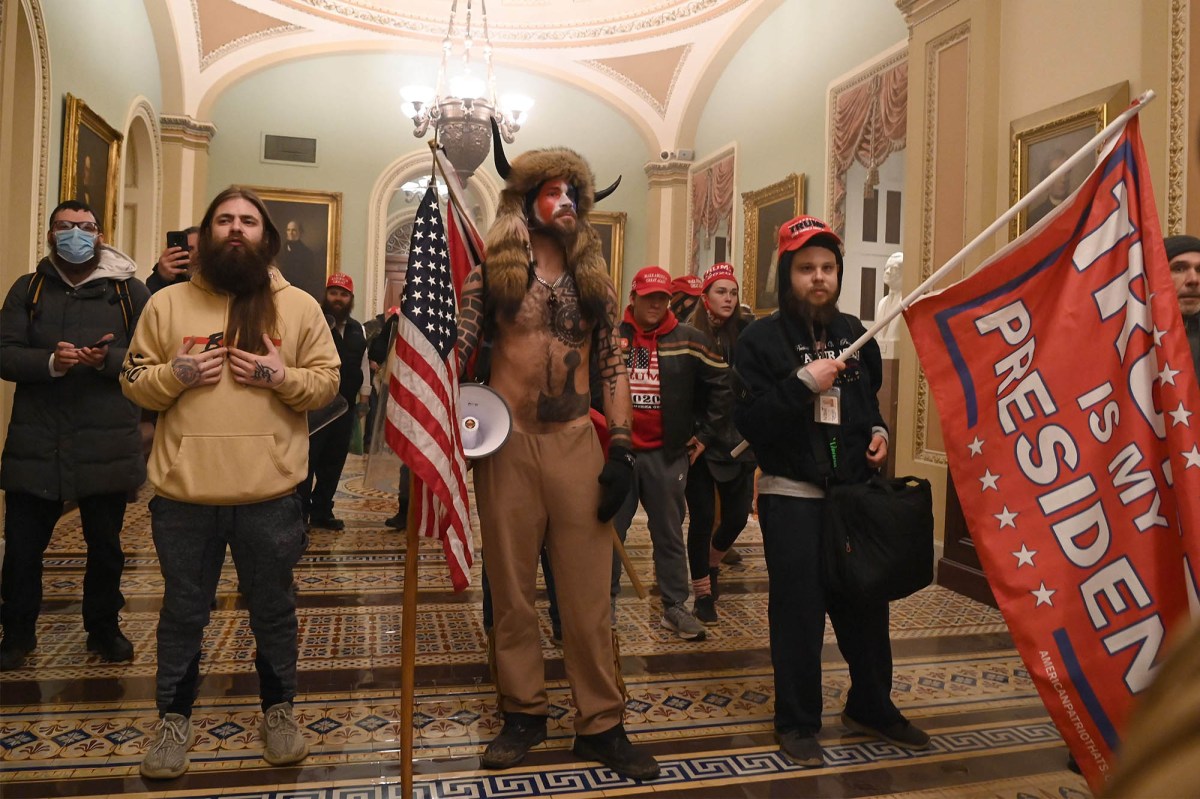