Describe any industry-standard form contracts used in the energy sector in your jurisdiction.

Other commonly used model contracts are created by the American Petroleum Institute, the International Association of Drilling Contractors, an industry group including producers, manufacturers and suppliers of oilfield equipment and services, and the North American Energy Standards Board (NAESB). Commodity transactions are often conducted using forms promulgated by the International Swaps and Derivatives Association (ISDA).

What rules govern contractual interpretation in (non-consumer) contracts in general? Do these rules apply to energy contracts?

Generally, there is no federal contract law; instead, states determine rules of contract interpretation. Some states have adopted the Uniform Commercial Code (UCC) for disputes related to the sale of goods, while others follow general common law contract rules. All states generally follow common law rules for other contracts such as JOAs or contracts in manuscript form.

Under common law, other considerations may be relevant, such as previous dealings between parties, the course of performance of the contract, and industry norms. However, under the UCC, these considerations may only explain or supplement, not contradict, contractual terms.

Subsurface oil and gas are subject to the common law rule of capture: a landowner has the right to oil and gas under his or her property, even if the oil and gas migrated from adjacent tracts of land. The first person to extract oil and gas from the land is its owner. A landowner who extracts hydrocarbons from a well on his or her land will not be liable for draining adjacent tracts of land. However, this right of appropriation does not cover negligence and waste (eg, letting gas escape). In some states, the common law rule of capture is modified by regulatory rules such as well-spacing requirements, forced pooling and unitisation.

As for production matters, oil and gas lessees are held to a reasonably prudent operator standard, rather than a fiduciary standard. They must consider both their own interests and those of their lessors.

Lessees may also be subject to implied contractual covenants, which vary from state to state. The most common implied covenants are to reasonably develop the leasehold; to protect the leasehold against drainage; to market oil and gas as a reasonable and prudent operator; and to manage and administer the lease.

Industry contracts in the commodity marketing and trading sector from ISDA, the NAESB and other organisations regularly limit liability for incidental, consequential, indirect or punitive damages, or for lost profits. Indemnity agreements may also offset liabilities between parties.

Are concepts of force majeure, commercial impracticability or frustration, or other concepts that would excuse performance during periods of commodity price or supply volatility, recognised in your jurisdiction?

US contract law is generally hostile to concepts excusing performance during periods of commodity price or supply volatility. Under common law and the Uniform Commercial Code, unless otherwise agreed, price increases and supply volatility are considered foreseeable risks and do not excuse contract performance.

Force majeure clauses are common in energy contracts but they only excuse contract obligations when performance is prevented by unforeseeable events. Force majeure generally will not excuse performance due to predictable risks. Absent contrary language in an oil and gas lease, some states recognise the temporary cessation of production doctrine, which provides that circumstances causing a well to cease production temporarily will not automatically terminate a lease. While generally not applicable to strictly economic circumstances, courts have applied this doctrine to a wide variety of reasons for stoppage.

What are the rules on claims of nuisance to obstruct energy development? May operators be subject to nuisance and negligence claims from third parties?

Energy companies confront US nuisance suits with varied success. Common law, as interpreted and developed in each state, governs private nuisance claims. Generally, an activity is a nuisance if it unreasonably interferes with the enjoyment and use of one’s property. Because this question focuses on reasonableness, outcomes in nuisance suits are largely determined by the trier of fact, typically a jury, on a case-by-case basis. For example, in Crosstex North Texas Pipeline, LP v Gardiner, the plaintiffs brought a nuisance suit under Texas law alleging that the defendant’s pipeline activities, specifically the operation of a compressor near the plaintiffs’ land, caused noise pollution. The jury found for the plaintiffs, but the appellate court reversed and remanded, citing factual insufficiency in light of the care shown by the defendant in building and maintaining the compressor. Contrastingly, in Parr v Aruba Petroleum, plaintiffs won a US$3 million US jury verdict for a private nuisance claim that alleged the plaintiffs were affected by the defendant’s emissions and spills. However, on appeal the court reversed and rendered a take-nothing judgment upon a finding that the plaintiff failed to establish that the defendant actually intended or desired to create the alleged interference.

There have also been several reported cases alleging that wind farms constitute a nuisance. The principal Texas case is Rankin v FPL Energy LLC, where the plaintiffs’ principal objection to the wind farm was that the wind turbines would destroy their view, cause excessive noise and reduce the value of their property. The appellate court upheld the jury’s ruling in favour of the defendant. It agreed with the trial court on the major issue: aesthetics is not admissible as evidence of nuisance under virtually any circumstances.

In the United States, there is no privity requirement to bring nuisance or negligence lawsuits. Anyone affected by energy development activities, such as homeowners, may have standing to bring such lawsuits if they allege damage caused by these activities.

One recent area of development in nuisance litigation has been climate change-related nuisance claims against energy companies. Generally, the plaintiffs in these cases claim that energy companies have contributed to climate change by virtue of the greenhouse gases emitted in the production or use of the companies’ oil and gas products. In some cases, the plaintiffs are seeking to obstruct hydrocarbon energy development but have not yet articulated the scope of the requested injunctions. The viability of these claims is a developing area of the law. For example, the City of New York’s climate change-related nuisance claim was dismissed on the basis that the Clean Air Act displaced all federal common law claims, and that decision is currently on appeal. Several other federal courts have remanded nuisance claims so that they may be determined by the state courts. Those cases are on appeal, and the United States Supreme Court has granted certiorari in the Baltimore case on a narrow procedural question regarding the reviewability of removal arguments.  In that case, the Fourth Circuit had upheld the lower court’s remand after determining that federal officer removal was the only reviewable basis for removal.

How may parties limit remedies by agreement?

Parties have wide latitude to limit their remedies by contract. Although the limitation of remedies must adhere to a standard of conscionability and exclusive contractual remedies must not fail their essential purpose, parties may limit remedies to liquidated damages, replacement or refund, or exclusion of or caps on some damages (eg, consequential).

The definition of certain kinds of damages is often subject to dispute. For example, consequential damages often denote damages unaccounted for by contract that result naturally but not necessarily from a breach of contract. However, parties often dispute whether their contracts contemplate naturally resulting damage, a prerequisite for recovery. If the losses are contemplated, they are recoverable. See McKinney & Moore, Inc v City of Longview.

Is strict liability applicable for damage resulting from any activities in the energy sector?

The recent boom in hydraulic fracturing has spurred litigation on whether such activities are abnormally dangerous. Though the applicability of strict liability is a question of law to be decided by judges, recent litigation suggests that judges are unwilling to decide this issue without a developed record of facts. See Ely v Cabot Oil & Gas Corp (after initially declining to decide the issue without a more developed record, holding after further discovery that (1) ‘natural gas drilling operations and hydraulic fracturing are not abnormally dangerous activities’; and (2) claims for property damage and injury resulting from such operations ‘should continue to be limited to, and considered against, the standards governing negligence’ rather than strict liability); and Kamuck v Shell Energy Holdings GP, LLC (refusing to decide on the pleadings whether fracking is abnormally dangerous, but rather deciding to wait until the close of discovery).

Fri Jan 29 , 2021
The Inter and AC Milan forwards have been banned for one cup game, but this is due to the cards they picked up during the midweek fixture Zlatan Ibrahimovic and Romelu Lukaku have escaped additional punishments following their clash during the Coppa Italia quarter-final between AC Milan and Inter on […] 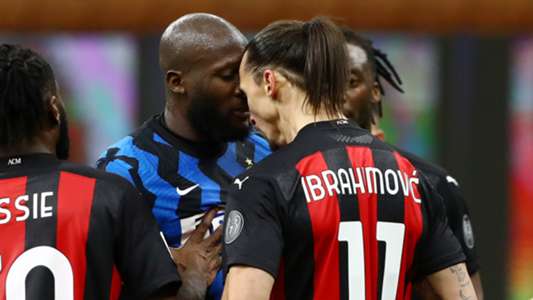