Describe any industry-standard form contracts used in the energy sector in your jurisdiction.

Under the current oil and gas licensing framework, the Hydrocarbon Exploration and Licensing Policy (HELP), the key contracts are a model revenue sharing contract (RSC) and a model reconnaissance contract (RC) . The model RSC sets out the terms and conditions of the licence, such as the period of operation, contours of the work programme, rights and obligations of parties, environmental protection measures to be taken, confidentiality standards to be maintained, etc. The model RC regulates reconnaissance operations for all kinds of hydrocarbons for a period of two years.

Some other standard-form contracts include:

What rules govern contractual interpretation in (non-consumer) contracts in general? Do these rules apply to energy contracts?

The substantive law regulating contracts in India is the Indian Contract Act 1872 (ICA), which applies to energy contracts too. Indian contract law draws significantly from English common law principles. The first principle that Indian courts typically bear in mind while construing commercial contracts is to give effect to the explicit words used by the parties. Where more than one interpretation is possible, courts regularly resort to a variety of common law interpretive principles such as contra proferentum, ejusdem generis and noscitur a sociis.

In oil and gas contracts, contractors are obligated to adopt Good International Petroleum Industry Practices (GIPIP) as per the standard-form model RSC that sets out the terms and conditions of the licence under the HELP (India’s uniform licensing system). In 2016, the Directorate General for Hydrocarbons released a consolidated list of what constitutes GIPIP in key areas, such as: exploration and operations; discovery; production; health, safety and environment; and procurement procedure. Besides GIPIP in HELP, a key parameter against which the conduct of most stakeholders in the energy sector is assessed is ‘prudent utility practices’. Typically, these are defined as internationally accepted best practices adopted by similarly placed operators, which account for the operation and maintenance guidelines provided by original equipment manufacturers; the requirements of applicable law; the physical conditions of the site; and the safety of the environment and personnel. Claims for exemption from liability would need to be substantiated by establishing that an operator acted with reasonable care and diligence to avoid the occurrence of any injury or accident by following internationally accepted best practices.

Indian courts have construed the term ‘wilful misconduct’ to mean misconduct that is of a more serious nature than misconduct simpliciter and must therefore satisfy a higher threshold. The alleged negligence or omission should be such that a reasonable person would say that it amounted to bad management or mismanagement.

Further, a party undertaking an energy project is also required to comply with the relevant environmental standards. Under the HELP model RSC and model RC, a developer is required to take necessary and adequate steps to minimise environmental damage, provide adequate compensation to those affected and ensure that its operations are conducted in an environmentally safe and acceptable manner. Indian courts have recognised certain principles with respect to allocating responsibility for potential environmental damage including:

Are concepts of force majeure, commercial impracticability or frustration, or other concepts that would excuse performance during periods of commodity price or supply volatility, recognised in your jurisdiction?

The concepts of force majeure and frustration are recognised under Indian law. Force majeure is treated as a purely contractual remedy and whether price or supply volatility would qualify as force majeure would turn on the text of the specific contractual clause involved. Force majeure clauses are strictly construed. It is not typical for force majeure clauses in energy contracts to excuse performance due to price or supply volatility. Commercial impracticability or the coming into existence of more onerous commercial conditions, such as the unavailability of funds is not recognised as a valid basis to excuse performance.

Indian contract law absolves a party of the obligation to perform a contract when its performance becomes impossible (ie, when the contract stands frustrated). Courts have clarified that if the parties expressly contemplate the possibility of an intervening circumstance that might suspend the performance of the contract, but expressly stipulate that the contract could survive despite such circumstance, there can be no case of frustration.

In the context of the covid-19 pandemic, with respect to contracts with government agencies as the counterparty, circulars and notifications were issued by the relevant government ministries declaring the nationwide lockdown due to the pandemic as a force majeure event. Broadly, during the pandemic, Indian courts have granted relief from performance on grounds of force majeure and impossibility based on the nature of the contract.

What are the rules on claims of nuisance to obstruct energy development? May operators be subject to nuisance and negligence claims from third parties?

In India, nuisance and negligence constitute offences and can form the basis for civil liability. Under the Indian Penal Code, 1860, the court is empowered to stop the activity causing the nuisance, while negligence is a punishable offence. Under civil law, a suit can be filed for public nuisance and negligence. A finding of nuisance requires an unlawful act; and damage, actual or presumed. To show negligence, a plaintiff must show: (1) a legal duty to exercise due care; (2) breach of that duty; and (3) consequential damages. Indian courts also recognise a right to a pollution free environment as a common law right against nuisance and negligence, and thus a claim can be initiated by any affected person. Courts typically grant damages and injunctive relief against those are found causing the nuisance or the negligence.

How may parties limit remedies by agreement?

Parties have wide contractual freedom to limit available remedies, and courts are typically slow to override such freedom. However, under the Indian contract law, an explicit prohibition is imposed on the ‘contracting out’ or waiver of certain rights, such as the right to judicial redress and the right to exercise a lawful profession, trade or business.

Courts have differentiated between contracts between parties having equal bargaining power and contracts where one party uses its standard form contracts to make the other party sign on the dotted line. In the latter case, if the limitation of remedies is found to be unjust or unconscionable, such limitations may not be enforced.

Is strict liability applicable for damage resulting from any activities in the energy sector?

Indian courts have evolved the concept of ‘absolute liability’, which is an even higher standard than common law strict liability. As per the doctrine of absolute liability, where an entity is engaged in a hazardous or inherently dangerous activity, it is obligated to ensure that no harm results from such activity under any circumstances and irrespective of any fault. Consequently, the entity must conduct its operations with the highest standards of safety, and it cannot escape liability by contending that it was not negligent. Unlike other tort claims where the remoteness of damage and the likelihood of its foreseeability is considered, in absolute liability no such defence can be taken.

As regards the quantum of liability, the quantum of compensation and proportion of liability is determined by the courts on a case-to-case basis, taking into account the financial worth of the defaulting party, the extent of the damage caused by its activities and with a view to create a deterrent effect. Industries and mining activities have been permanently banned where they have been found to be hazardous or damaging the environment.

Under the Civil Liability for Nuclear Damage Act (CLND Act), an operator is strictly liable for any damage arising out of a nuclear accident. The liability of such an operator is capped at 15 billion rupees. Further, if the accident arises because of a force majeure event, like a natural disaster or armed conflict, the central government, and not the operator, is liable. Notably, the CLND Act provides that any compensation liable to be paid by an operator for nuclear damage shall not have the effect of reducing the amount of its liability under any other Indian laws. Hence, it is possible for concurrent claims under the CLND Act, tort law and Indian criminal law.

Fri Jan 29 , 2021
A western Wisconsin lawmaker has for years claimed one address as his home for tax purposes and another for voting purposes. Evidence suggests he does not live in the Assembly district he represents, which would be a violation of state law.  Allegations that Republican Rep. Shannon Zimmerman lives outside the […] 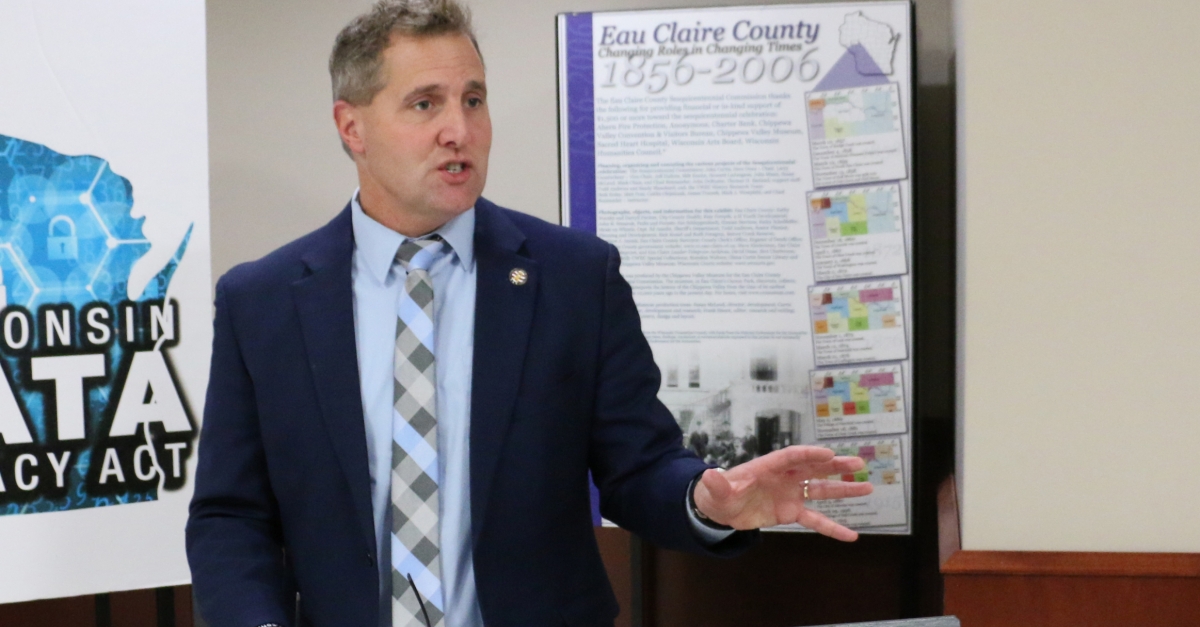